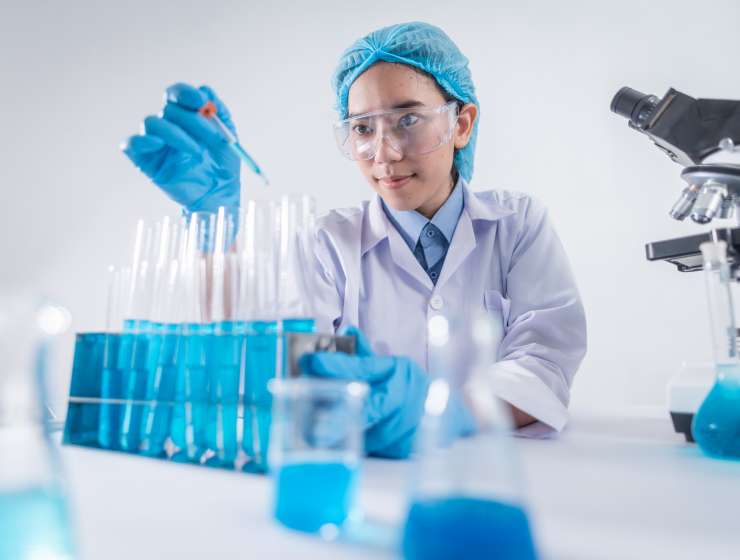 One hundred years ago this month marked the beginning of a revolution in chemistry and materials technology. On June 12, 1920, an organic chemist then working at the Swiss Federal Institute of Technology in Zurich, published a paper that would change our understanding of chemistry forever, and pave the way for the proliferation of synthetic materials that were to have profound impacts on the modern world; construction, manufacturing, packaging, biology, medicine, and much more were changed irrevocably by humankind’s sudden mastery of a new chemistry no longer limited to what nature had on offer.

This organic chemist was Hermann Staudinger, and his paper, Über Polymerisation (On Polymerization) was the first to propose that small units of molecules can bond covalently together in long chains known as macromolecules or polymers. Commenting on polymers in 1936, Hermann himself said “It is not improbable that sooner or later a way will be discovered to prepare artificial fibers from synthetic high-molecular products, because the strength and elasticity of natural fibers depend exclusively on their macro-molecular structure — i.e., on their long thread-shaped molecules.” But who was Hermann Staudinger, and why did this ostensibly simple description of macromolecules symbolize perhaps one of the most significant discoveries in 20th century science?

This edition of Pioneers in Science looks at the life and work of Staudinger, highlighting his impact on 100 years of polymer science, and sees where polymer science is now and where it might be going, as concerns about microplastics and plastic waste have spurred new branches in this field better equipped for the challenges of this century as we learn lessons from the last.

Story Continues
advancedsciencenews.com
What Do You Think Of That Genius?