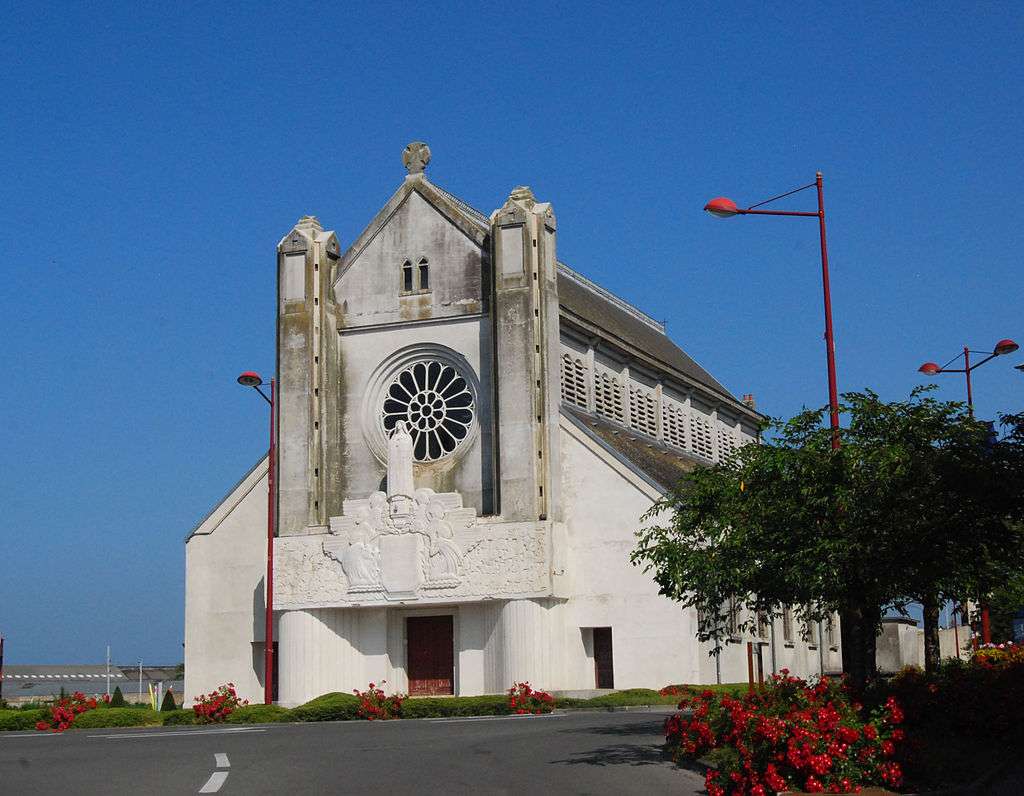 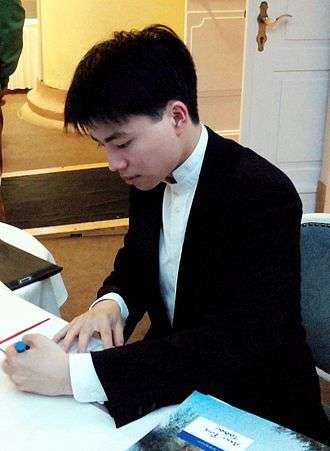 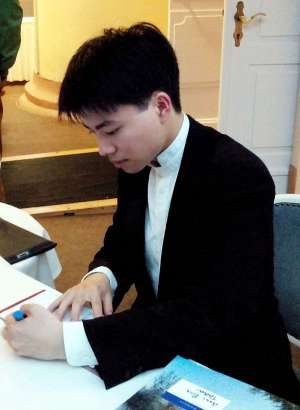 Armstrong was born in Los Angeles into a non-musical family. He displayed interest in sciences, languages and mathematics. At the age of 5, and without access to a piano, he taught himself musical composition by reading an abridged encyclopedia. He subsequently started formal studies in piano with Mark Sullivan and in composition with Michael Martin 1997–2001.

At the age of 9, Armstrong became a full-time undergraduate student at Utah State University studying biology, physics, mathematics as well as music 2001–2002. In 2003, Armstrong enrolled at the Curtis Institute of Music studying piano with Eleanor Sokoloff and Claude Frank, while simultaneously taking courses in chemistry and mathematics at the University of Pennsylvania. In 2004, Armstrong moved to London to continue his music education at the Royal Academy of Music studying piano with Benjamin Kaplan, composition with Paul Patterson, Christopher Brown and Gary Carpenter, and musicianship classes with Julian Perkins. In parallel, he studied pure mathematics at the Imperial College London 2004–2008.

Armstrong received a Bachelor of Music degree with First Class Honours from the Royal Academy of Music in 2008 and a Master of Science degree with honours from Pierre-and-Marie-Curie University, Paris, in mathematics in 2012.

Armstrong has studied regularly with Alfred Brendel since 2005.

In June 2003, Armstrong was invited to play at the Carnegie Hall to celebrate the 150th anniversary of Steinway & Sons. In 2006 he won the "Kissinger Klavierolymp", a competition of young pianists related to the festival Kissinger Sommer. Among his recital projects in 2010 was a programme including etudes by Chopin and Ligeti, and J. S. Bach's Inventions and Sinfoniae. In 2011, in honour of the 200th anniversary of the birth of Franz Liszt, Armstrong played a series of recitals featuring works by Bach and Liszt, including a concert on Liszt's 1862 Bechstein piano in Nike Wagner's festival Pelerinages. In 2016 and 2017 Armstrong appeared at the Salzburg Mozartwoche  with Renaud Capuçon. Armstrong was the "artiste étoile" of the 2016 Mozart Festival Würzburg and of the Bern Symphony Orchestra.

Chamber music is one of Armstrong's central interests. He performs with the Szymanowski String Quartet and in a piano trio with Andrej Bielow violin and Adrian Brendel cello, and has given lieder recitals with Andreas Wolf and Thomas Bauer .

In 2012, he purchased The Church of Sainte-Thérèse-de-l'Enfant-Jésus, Hirson in France as a hall for concerts or exhibitions.

Starting in March 2020, he has published every day a video from this church, sharing a piece of music together with personal and musicological explanations. This video series, "Musique, ma patrie", is the subject of profiles in French national television and press.

Armstrong has received many awards for his compositions: in 1999, his Chicken Sonata was awarded the first prize by the Music Teachers' Association of California, and in 2000, Five Elements won him another first prize from the same association. In 2001, Armstrong received a $10,000 Davidson Fellows Scholarship from the Davidson Institute for Talent Development. Armstrong has received six Morton Gould Young Composer Awards from the ASCAP Foundation in New York, for Struwwelpeter: Character Pieces for viola and piano.

Many of his ensemble works were performed publicly: his Symphony No. 1, Celebration was performed by the Pacific Symphony in March 2000; a string quartet commissioned by the Gewandhaus zu Leipzig in honour of Alfred Brendel's 80th birthday was premiered by the Szymanowski String Quartet in 2011; the piano trio Stop laughing, we're rehearsing! was recorded with Andrej Bielow and Adrian Brendel for GENUIN in 2012. On January 27, 2015, the Akademie für Alte Musik Berlin performed a new fortepiano concerto by Armstrong.

The percussionist Alexej Gerassimez's premiere of Kit Armstrong's percussion concerto with Konzerthausorchester Berlin in 2017 was broadcast on German nationwide radio.

In September 2008, Armstrong recorded Bach, Liszt and Mozart for Plushmusic.tv.

In 2011, the film Set the Piano Stool on Fire by Mark Kidel was released on DVD, chronicling the relationship between pianist Alfred Brendel and Armstrong.

In April 2012, GENUIN released a CD by Armstrong, Andrej Bielow and Adrian Brendel of piano trios by Haydn, Beethoven, Armstrong and Liszt.

On September 27, 2013, Sony Music Entertainment released Kit Armstrong's album "Bach, Ligeti, Armstrong". On the CD he presents his own transcriptions of 12 Choral Préludes by J.S. Bach, his own composition and hommage "Fantasy on B-A-C-H", and parts of the Musica ricercata by Ligeti. 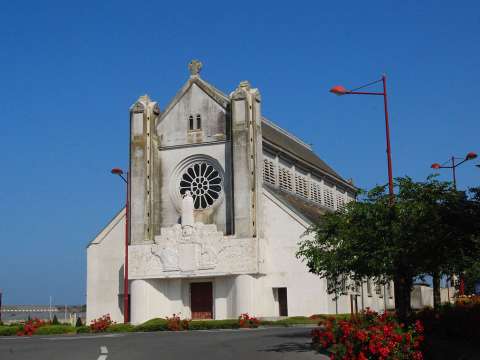 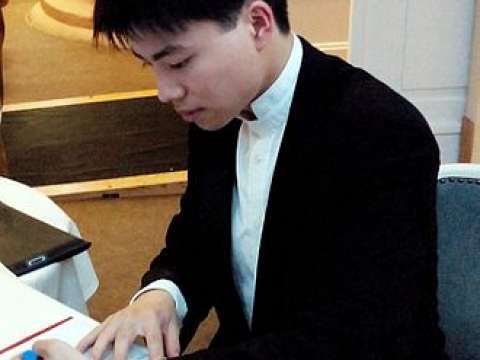 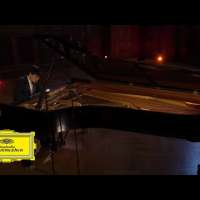 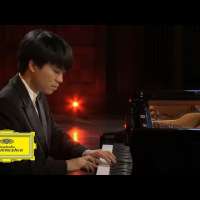 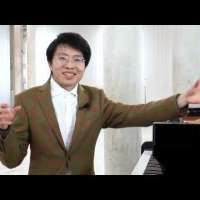 Byrd & Bull, The Visionaries of Piano Music, 5: My view today 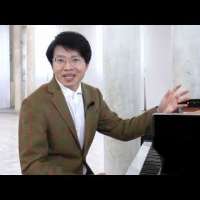 Byrd & Bull, The Visionaries of Piano Music, 4: The hereafter of John Bull 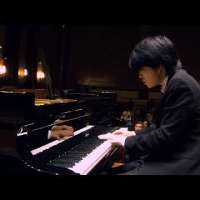 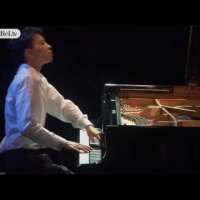 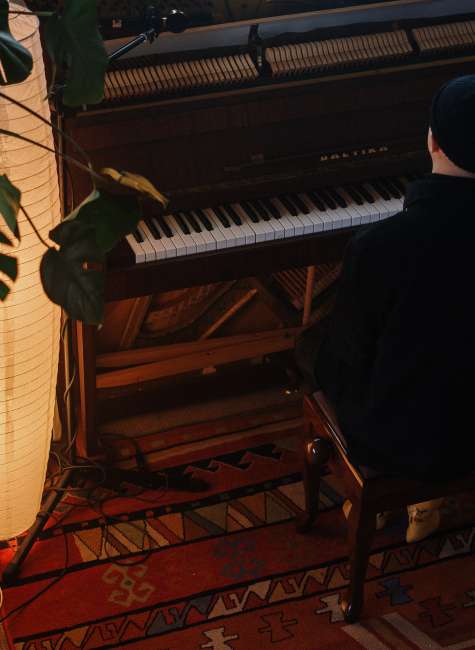 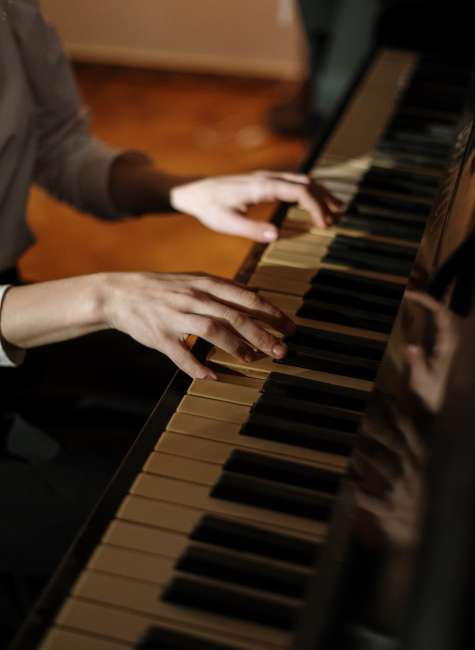 Music
I had to make time for him': Alfred Brendel on Kit Armstrong
www.theguardian.com
0 Comments