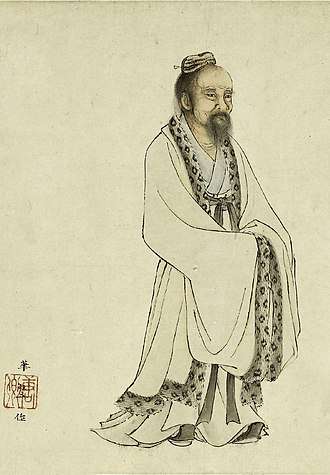 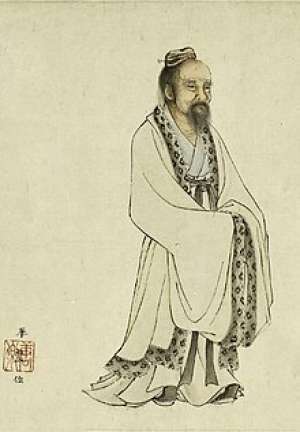 The effect of life in society is to complicate and confuse our existence, making us forget who we really are by causing us to become obsessed with what we are not.

Zhuang Zhou (literally "Master Zhuang") also rendered as Chuang Tzu, was an influential Chinese philosopher who lived around the 4th century BC during the Warring States period, a period corresponding to the summit of Chinese philosophy, the Hundred Schools of Thought. He is credited with writing—in part or in whole—a work known by his name, the Zhuangzi, which is one of the foundational texts of Taoism.

The only account of the life of Zhuangzi is a brief sketch in chapter 63 of Sima Qian's Records of the Grand Historian, and most of the information it contains seems to have simply been drawn from anecdotes in the Zhuangzi itself. In Sima's biography, he is described as a minor official from the town of Meng in modern Anhui in the state of Song, living in the time of King Hui of Liang and King Xuan of Qi late 4th century BC. Sima Qian writes:

Chuang-Tze had made himself well acquainted with all the literature of his time, but preferred the views of Lao-Tze; and ranked himself among his followers, so that of the more than ten myriads of characters contained in his published writings the greater part are occupied with metaphorical illustrations of Lao's doctrines. He made "The Old Fisherman," "The Robber Chih," and "The Cutting open Satchels," to satirize and expose the disciples of Confucius, and clearly exhibit the sentiments of Lao. Such names and characters as "Wei-lei Hsu" and "Khang-sang Tze" are fictitious, and the pieces where they occur are not to be understood as narratives of real events.

But Chuang was an admirable writer and skillful composer, and by his instances and truthful descriptions hit and exposed the Mohists and Literati. The ablest scholars of his day could not escape his satire nor reply to it, while he allowed and enjoyed himself with his sparkling, dashing style; and thus it was that the greatest men, even kings and princes, could not use him for their purposes.

King Wei of Chu, having heard of the ability of Chuang Chau, sent messengers with large gifts to bring him to his court, and promising also that he would make him his chief minister. Chuang-Tze, however, only laughed and said to them, "A thousand ounces of silver are a great gain to me; and to be a high noble and minister is a most honorable position. But have you not seen the victim-ox for the border sacrifice? It is carefully fed for several years, and robed with rich embroidery that it may be fit to enter the Grand Temple. When the time comes for it to do so, it would prefer to be a little pig, but it can not get to be so. Go away quickly, and do not soil me with your presence. I had rather amuse and enjoy myself in the midst of a filthy ditch than be subject to the rules and restrictions in the court of a sovereign. I have determined never to take office, but prefer the enjoyment of my own free will."

The validity of his existence has been questioned by Russell Kirkland, who writes:

According to modern understandings of Chinese tradition, the text known as the Chuang-tzu was the production of a 'Taoist' thinker of ancient China named Chuang Chou/Zhuang Zhou. In reality, it was nothing of the sort. The Chuang-tzu known to us today was the production of a thinker of the third century CE named Kuo Hsiang. Though Kuo was long called merely a 'commentator,' he was in reality much more: he arranged the texts and compiled the present 33-chapter edition. Regarding the identity of the original person named Chuang Chou/Zhuangzi, there is no reliable historical data at all.

Further study of the text does not provide a clear choice between these alternatives. On the one side, as Martin Palmer points out in the introduction to his translation, two of the three chapters Sima Qian cited in his biography of Zhuangzi, come from the "Outer Chapters" and the third from the "Mixed Chapters". "Neither of these are allowed as authentic Chuang Tzu chapters by certain purists, yet they breathe the very spirit of Chuang Tzu just as much as, for example, the famous 'butterfly passage' of chapter 2."

On the other hand, chapter 33 has been often considered as intrusive, being a survey of the major movements during the "Hundred Schools of Thought" with an emphasis on the philosophy of Hui Shi. Further, A.C. Graham and other critics have subjected the text to a stylistic analysis and identified four strains of thought in the book: a the ideas of Zhuangzi or his disciples; b a "primitivist" strain of thinking similar to Laozi in chapters 8-10 and the first half of chapter 11; c a strain very strongly represented in chapters 28-31 which is attributed to the philosophy of Yang Chu; and d a fourth strain which may be related to the philosophical school of Huang-Lao. In this spirit, Martin Palmer wrote that "trying to read Chuang Tzu sequentially is a mistake. The text is a collection, not a developing argument."

Zhuangzi was renowned for his brilliant wordplay and use of parables to convey messages. His critiques of Confucian society and historical figures are humorous and at times ironic.

Zhuangzi has influenced thinking far beyond East Asia. The German philosopher Martin Buber translated his texts in 1910. In 1930, Martin Heidegger asked for Buber's translation of Zhuangzi after his Bremen speech "On the Essence of Truth". In order to explain his own philosophy, Heidegger read from chapter 17, where Zhuangzi says to the thinker Hui Shih:

"Do you see how the fish are coming to the surface and swimming around as they please? That's what fish really enjoy."

"You're not a fish," replied Hui Tzu, "so how can you say you know what fish really enjoy?"

Zhuangzi said: "You are not me, so how can you know I don't know what fish enjoy."

The historian of ideas Dag Herbjørnsrud concludes: "It may therefore be difficult to say where the philosophies of Lao Tzu and Zhuangzi end and where the most influential German thinking of the twentieth century starts"

In the beginning (08:59) of the film The Matrix, the lead character Neo asks his visitors whether they had the feeling where they were not sure if they are awake or dreaming. This is a reference to Zhuangzi's "Butterfly Dream": "Now I do not know whether I was then a man dreaming I was a butterfly, or whether I am now a butterfly, dreaming I am a man."

In a passage in his writings, Zhuangzi described the transmutation of species. In The Complete Works Of Chuang Tzu, translated by Burton Watson it is stated that:

The seeds of things have mysterious workings. In the water they become Break Vine, on the edges of the water they become Frog's Robe. If they sprout on the slopes they become Hill Slippers. If Hill Slippers get rich soil, they turn into Crow's Feet. The roots of Crow's Feet turn into maggots and their leaves turn into butterflies. Before long the butterflies are transformed and turn into insects that live under the stove; they look like snakes and their name is Ch'u-t'o. After a thousand days, the Ch'u-t'o insects become birds called Dried Leftover Bones. The saliva of the Dried Leftover Bones becomes Ssu-mi bugs and the Ssu-mi bugs become Vinegar Eaters. I-lo bugs are born from the Vinegar Eaters, and Huang-shuang bugs from Chiu-yu bugs. Chiu-yu bugs are born from Mou-jui bugs and Mou-jui bugs are born from Rot Grubs and Rot Grubs are born from Sheep's Groom. Sheep's Groom couples with bamboo that has not sprouted for a long while and produces Green Peace plants. Green Peace plants produce leopards and leopards produce horses and horses produce men. Men in time return again to the mysterious workings. So all creatures come out of the mysterious workings and go back into them again. 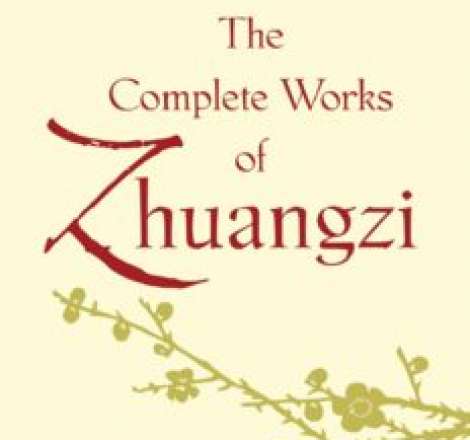 philosophy
The Complete Works of Zhuangzi 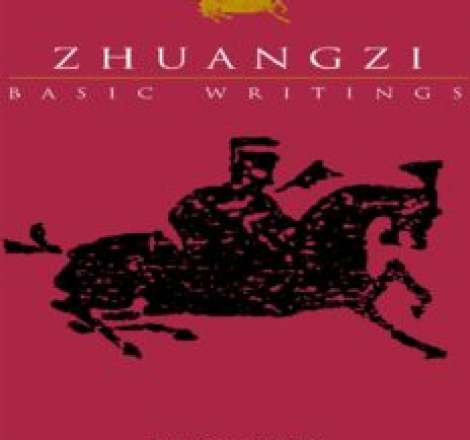 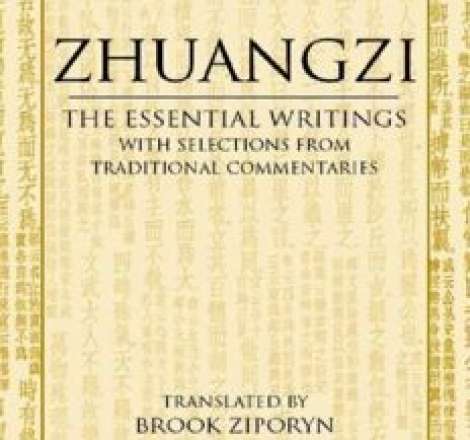 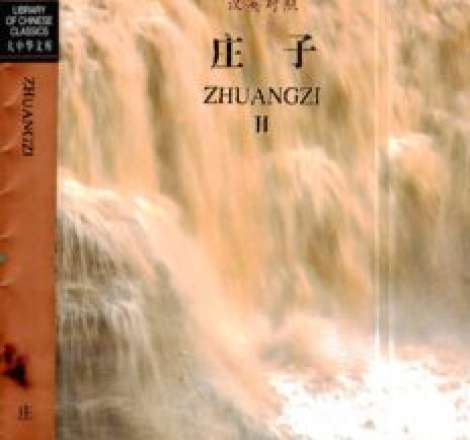 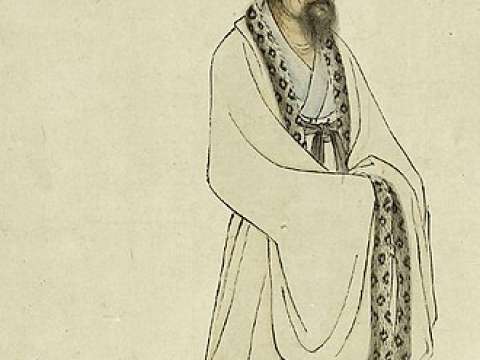 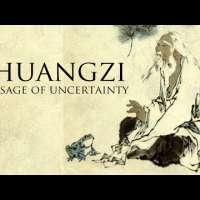 Zhuangzi - The Sage of Uncertainty 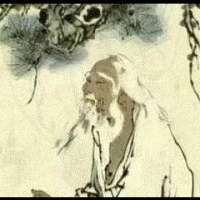 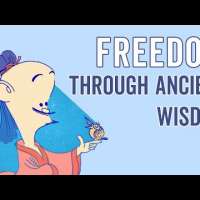 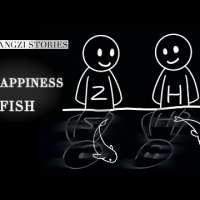 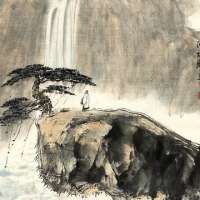 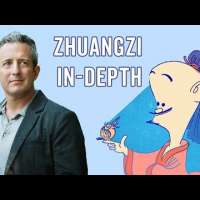 Zhuangzi In-Depth w. Professor Edward Slingerland
What Do You Think Of That Genius? 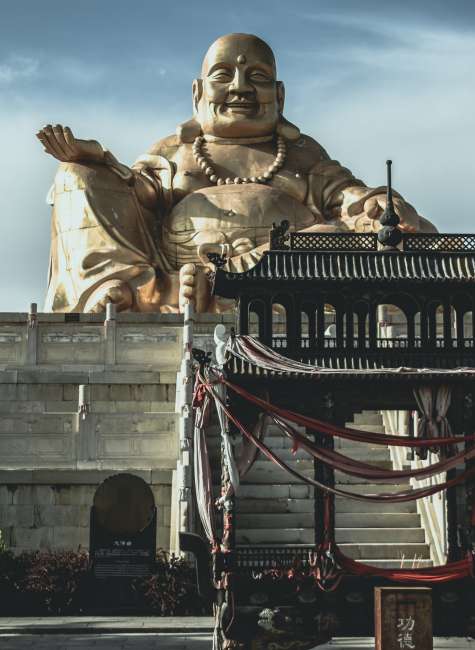 philosophy
Zhuang Zhou and the Zhuangzi between Sinology and Philosophy in the Western Academy
link.springer.com
0 Comments 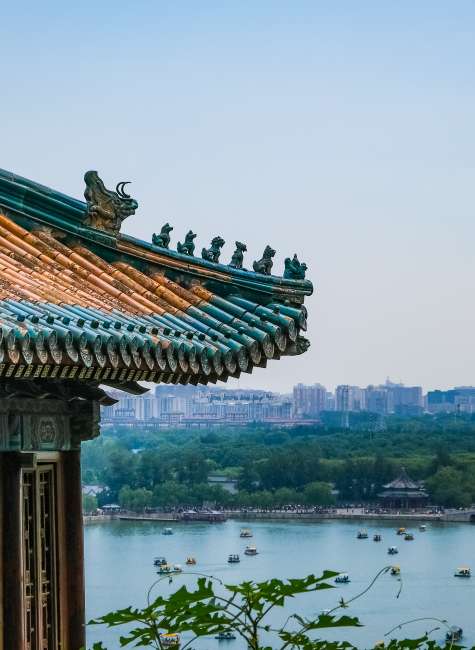