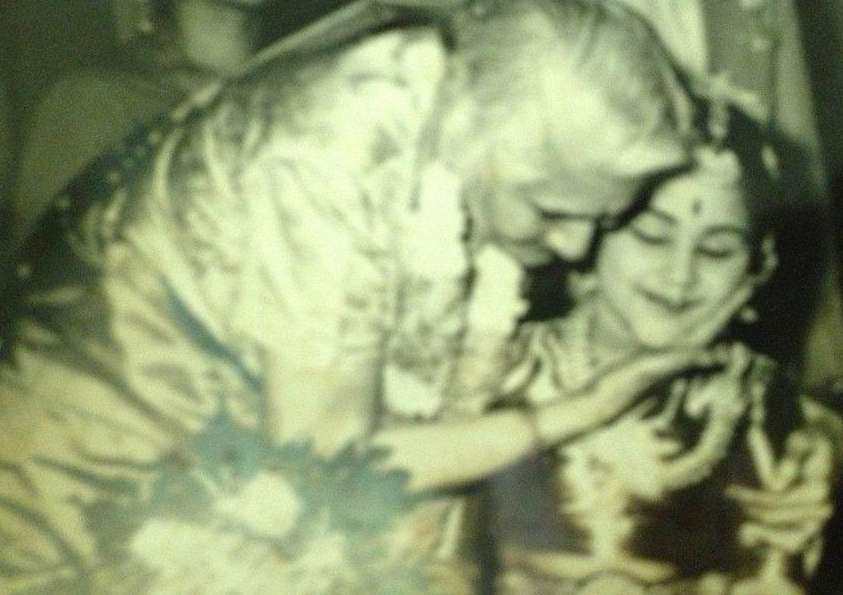 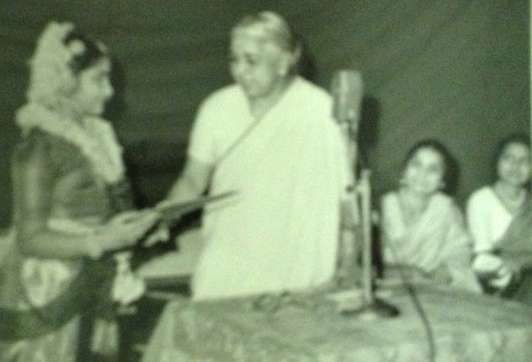 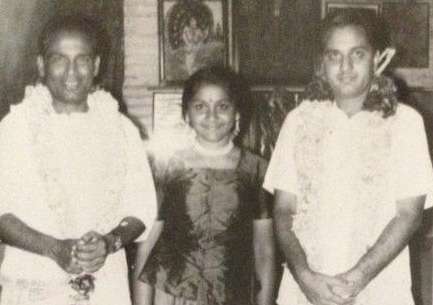 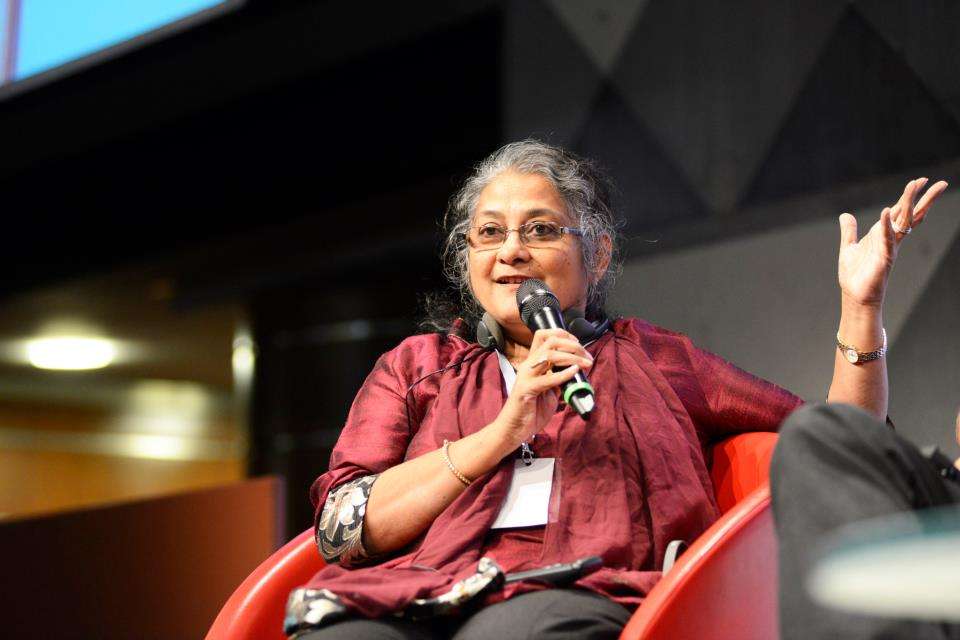 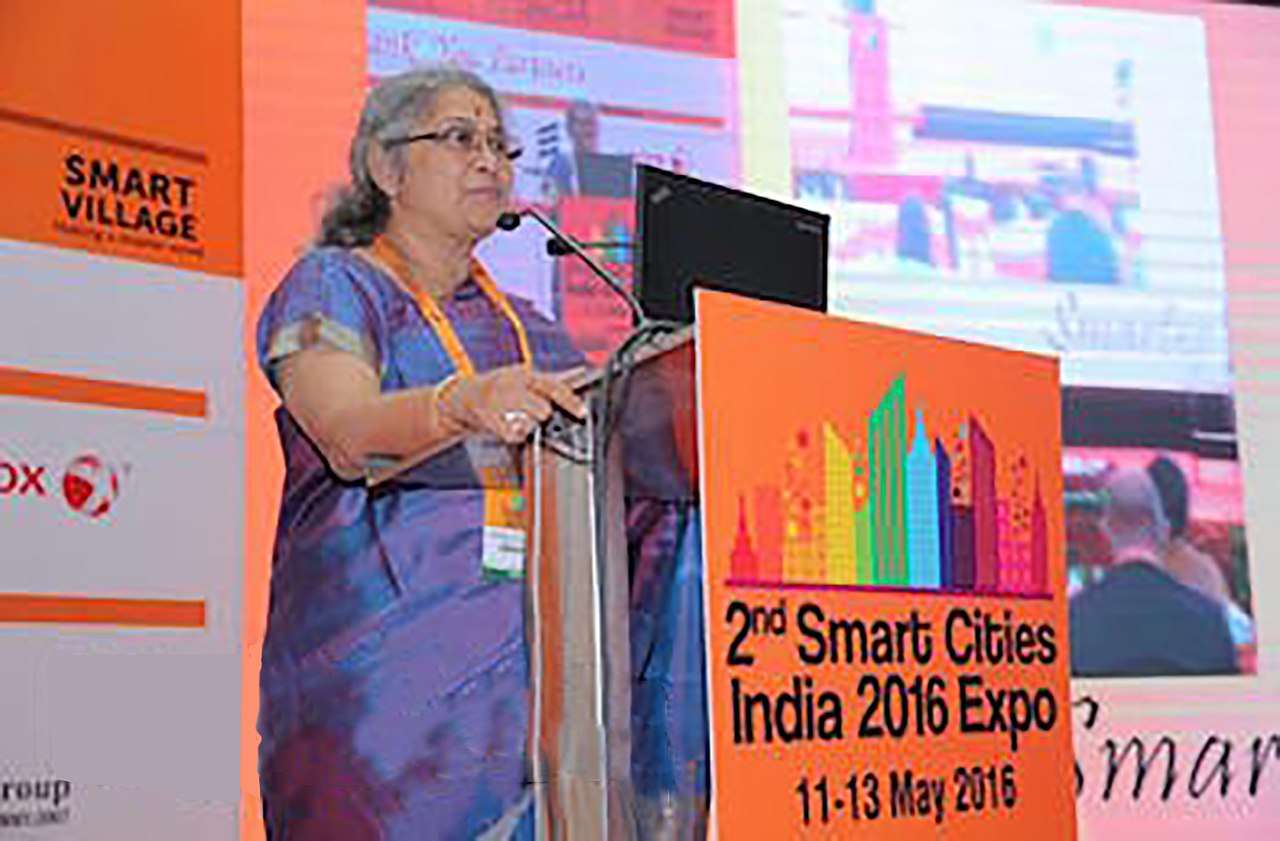 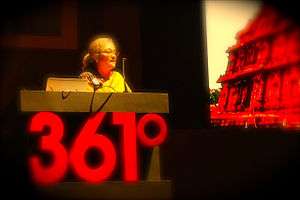 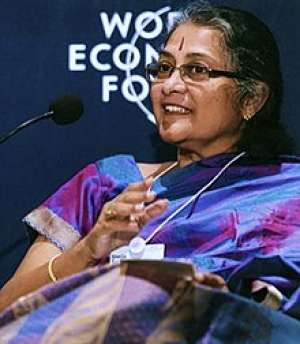 This building has been envisaged as a living organism that facilitates creative thinking.

Sheila Sri Prakash is an architect and urban designer of Indian origin. She is the founder of Shilpa Architects and is the first woman in India to have started and operated her own architectural practice.

As a child, she trained in classical Indian dance, music and the arts. She started learning Bharatanatyam when she was four years old and gave her first on-stage Arangetram performance in 1961, when Padma Bhushan Dhanvanthi Rama Rau called her a child prodigy. Sheila demonstrated a talent as a Bharatanatyam and Kuchipudi dancer, and also played the Veenai musical instrument. Over a period of nearly two decades as a performing artist, she gave performances as a dancer of Bharatanatyam and Kuchipudi. Her family moved to Chennai to give her greater opportunities in the classical arts and to be trained in Bharatanatyam by Sri Dandayudha Pani Pillai. She was a student of Dr. Vempati Chinna Satyam and was the protagonist in several of his dance dramas. She practised Bharatanatyam, Kuchipudi, Veenai, Classical Indian music, painting and sculpting.

As a Veenai artist, she played, composed and recorded Radha Madhavam and Sivaleela Vilasam with the Veenai musician Chitti Babu.

She attended the Rosary Matriculation School in Chennai and attained a pre-university degree from Stella Maris College, Chennai. She enrolled in the Bachelors in Architecture from the Anna University School of Architecture and Planning in 1973, at a time when there was a strong bias against women entering the field., and attended the Harvard Graduate School of Design's Executive Education Program.

She is considered as one of India's leading architects and is counted among the most influential female architects in the world today, having designed and completed over 1200 architectural projects, many of which are known for use of local arts, culture and heritage as inspiration for her designs. She is known for architectural theories surrounding Reciprocity in Design. Her work ranges from the low-cost Reciprocal House for the socio-economically underprivileged that she designed on invitation from the World Bank in 1987, to the first of its kind energy efficient commercial buildings, custom bungalows, residential communities, integrated townships, industrial facilities, art museums, sports stadiums, centers of education, public infrastructure and luxury hotels. Her research findings are particularly relevant in high-density rapidly developing economies

Her work in spaciology, particularly as it applies to healthcare and the leisure, wellness, and hospitality industry, examines the impact of the built environment upon human behaviour, through urban design, architecture and sociology.

She was a founding member in establishment of the Indian Green Building Council.

Several of her architectural designs can be seen at Mahindra World City, New Chennai, the Madras Art House at the Cholamandal Artists' Village, Kuchipudi Art Academy in Chennai, the Paranur railway station, and the World Bank funded urban housing development program in the year of shelter for the shelterless. She has combined the principles of Bharatanatyam, classical Indian music, sculpture and architecture in award-winning projects In 1993, she designed a home in Chennai with recycled materials and pioneered a system for rainwater harvesting. This system was made compulsory by the state of Tamil Nadu in 2003. It set a blueprint across India, as the most effective and low cost solution for addressing the crisis of depletion of freshwater sources in India.

She introduced vernacular and culturally relevant techniques in contemporary designs. She is known for using Indian art and culture as an integral parts to her designs, to achieve reciprocity and sustainability.

In 2011, she became the first Indian architect to serve on the World Economic Forum's Global Agenda Council on Design Innovation, a 16-member team of international experts in design and innovation. She served on the World Economic Forum Global Agenda Council on the role of arts in society, in recognition of her signature works of architecture that feature art, culture and heritage.

As part of her role at the Forum, she developed the "Reciprocal Design Index" that details parameters and metrics surrounding sustainable design.

She is the founder of the Reciprocity Wave Movement, which is an art and design competition to raise awareness about holistic sustainability. The second Reciprocity Wave Event in Chennai was conducted in partnership with the Indian Premier League's Chennai Super Kings

Shilpa architects have already conducted three such initiatives, two in Chennai and one in Bangalore.

Sheila Sri Prakash routinely participates as a juror or expert critique at student charrettes at Universities around the world.

She was a Visiting Scholar at Ball State University in 2002.

She currently serves on the visiting faculty of Leibniz University Hannover in Germany.

She was also invited to serve on the Board of Studies at the Anna University School of Architecture and Planning, for a three-year term. The Board of Studies influences the syllabus, key appointments of faculty/academic leadership and major initiatives at the Institution.

Shilpa Architects, Planners and Designers have been working recently on several projects, including a LEED Platinum rated office building as their own design headquarters. Other projects include the HITEX exhibition center in Hyderabad and the South City Township by Larsen & Toubro that is an approximately 4000 apartment residential township. Another large scale housing project is within Mahindra World City, the upcoming Taj 5-star beach resort near Pondicherry, the state of Tamil Nadu's first platinum rated office complex for Cethar Vessels, an office building for HDFC Bank, as well as the regional headquarters for the State Bank of India. Her portfolio of current projects includes Industrial architecture. She designed a large scale manufacturing facility and warehouse for de:OBO Bettermann in India and is currently designing a factory for the industry leading technology hardware manufacturer Flextronics.

She was a keynote speaker and spoke about "borders" in architecture at the Tampere Design Week in Finland. She delivered a keynote address in Hyderabad at an event by FICCI. She received the Role Model Architect Award from Women Architects & Designers WADE India at their annual conference in New Delhi.

In December, she was invited to speak at the India Infrastructure Conference in New Delhi to talk about the future of Affordable Housing. In the fall of 2014, as a part of the IGBC endowment series at Indian Institute of Technology, Madras - A lecture on Reciprocity Design thinking; "The future of Sustainability" by Ar. Sheila Sri Prakash was organised by the CEA.. In May, she was invited to lead the discussion at the World Economic Forum's panel on India, along with business leaders from across the nation, to formulate an agenda for the first 100 days of India's new Government. During the summer of 2014, she was invited to deliver a lecture on Indo-centric design at the Temple University's Japan Campus.

Prakash's lecture on "Indian Design“ included an overview of India's geography, people, culture, art and history. She relates this to designing in India by identifying the current trends and challenges with some case studies, and concluded by talking about Globalization and the opportunities it presents for collaboration and synergies. In April, she was the Guest of Honor on the occasion of World Dance Day during a program at the Brihadeeswara Temple, when her film "A Dancer's Dialog with the Tanjavur Brihadeeswarar Temple" was screened to an audience of dancers, architects, artists, Padma Subrahmanyam and the Prince of Tanjavur Babaji Rajah Bhonsle Chattrapathy.

She spoke on a panel on sustainability in December 2013 as a part of the Indian Institute of Architects National Convention. In October 2013, she led a discussion at the World Economic Forum's Special meeting on Urbanization in Tokyo. She addressed the American Institute of Architects Chapter in Tokyo, Japan in to talk about Indo-centric architecture In June 2013, she was invited by the Malaysian Institute of Architects or Pertubuhan Akitek Malaysia/PAM to deliver the keynote address about the "deFunctional" theme of the Kuala Lumpur Design Forum. She was invited to address the Design Summit organised by Corriere Della Sera in Milan Italy in April 2013, to help develop a blueprint for Europe's economic revival using her experience in Reciprocal design-thinking. She was a judge and speaker at the 2013 Reciprocity Wave, which was the first student competition in India, where students created public art inspired by the design philosophies of Reciprocity.

She was an invited speaker as a "Break-out thinker about the future of Sustainability" at the 2012 Global Green Summit by Bloomberg in Singapore. She was an invited participant and contributor to the United Nation's 2012 Rio+20 Summit in Brazil. She was invited to contribute to the World Economic Forum's Energy 2050 white paper on the future of energy and sustainability.

At the 2012 Annual Meeting of the New Champions or the Summer Davos in Tianjin, China, she was a "rapporteur" for a panel on the role of arts in bridging the urban-rural divide around the world and was also an expert panellist for a session dedicated to Smart Cities. She was invited to contribute to the 2012 London Olympics by Prime Minister David Cameron of the United Kingdom and attended the Global Infrastructure Summit on Sustainable Architecture and Urban Design, as a part of the 2012 London Olympics. She also addressed the Indo-Australian Summit on the Future of Sustainable Cities and introduced the concept of a Reciprocal Design Index and Holistic Sustainability.

She was selected by Leibniz University of Hannover in Germany and the University of Valencia in Spain, to be featured in a travelling exhibition across Europe that showcased notable architects from around the world and their impact on society. She was the only architect from India, among seven architects from around the world who were selected in honour of their professional accomplishments. She was an invited expert to the 2011 National Association of Realtors Convention in Hyderabad, India and was a speaker about "Shaping India for tomorrow". She was an invited speaker to the 2011 Confederation of Indian Industry and Indian Green Building Council Conference, to introduce a concept of "Holistic Sustainability" – extending parameters for Sustainable Design beyond environmental footprint, to socio-economic impact. On 7 February 2011 she spoke at the Goethe Institute about Notions of Space.

She was invited to speak at several national and international forums such as the Confederation of Indian Industry and she was a key member of the delegation from India to the United States Green Building Council's Annual Conference in Chicago in 2007. 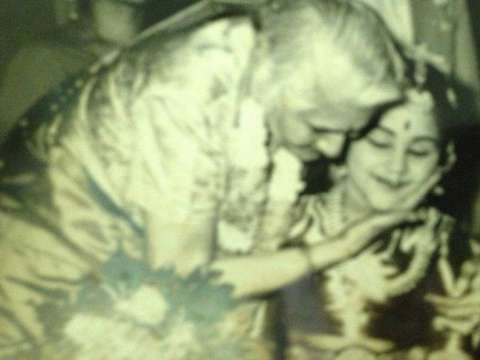 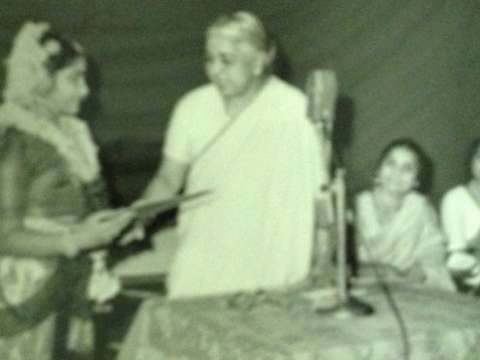 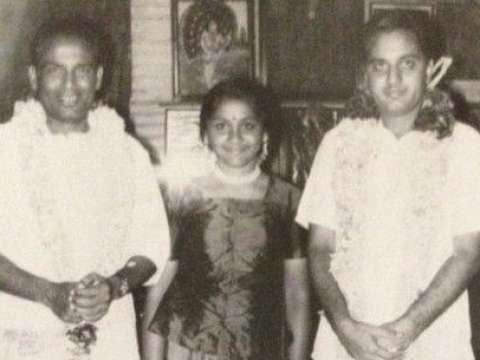 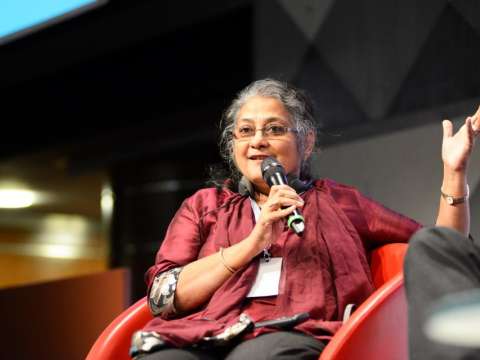 Delivering the keynote address at the 2013 Milan Design Summit 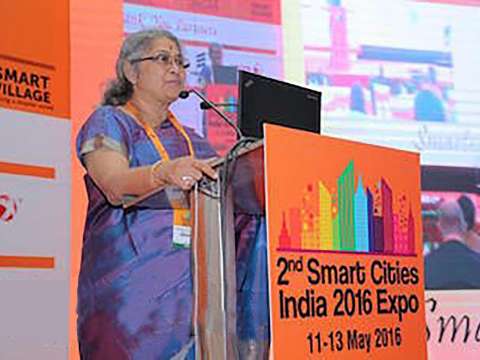 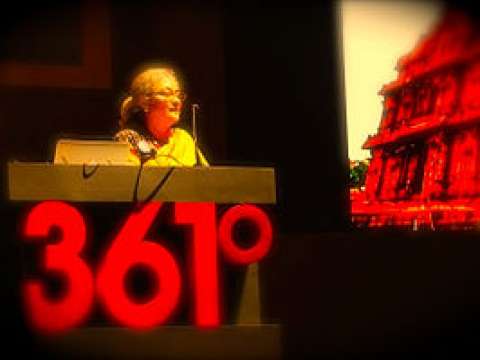 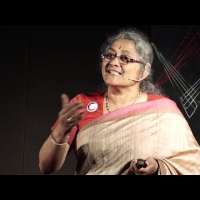 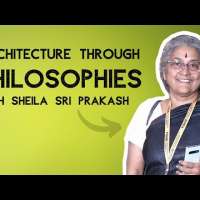 Understanding architecture through the philosophies of Sheila Sri Prakash 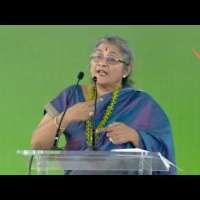 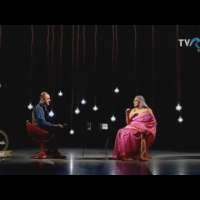 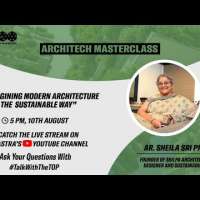 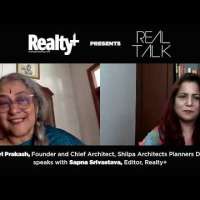 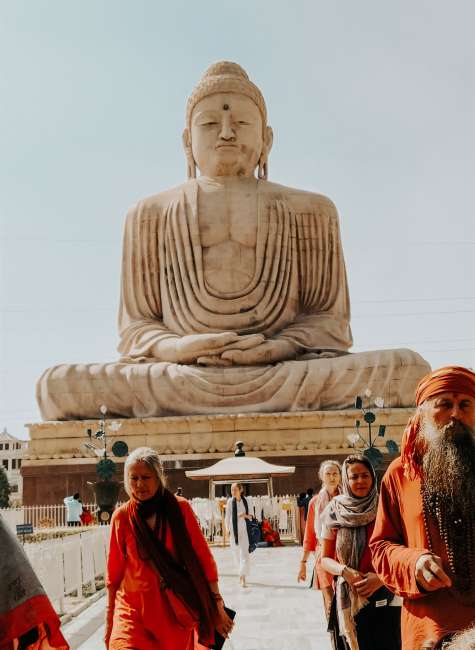 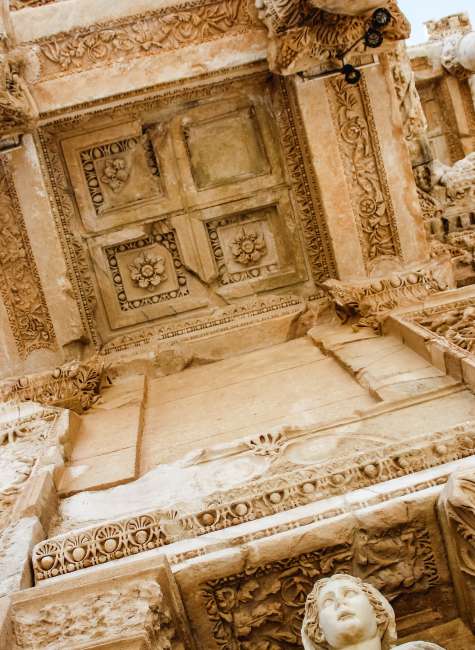