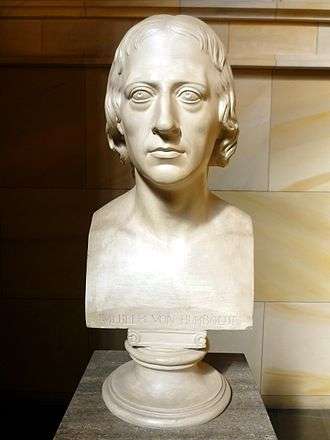 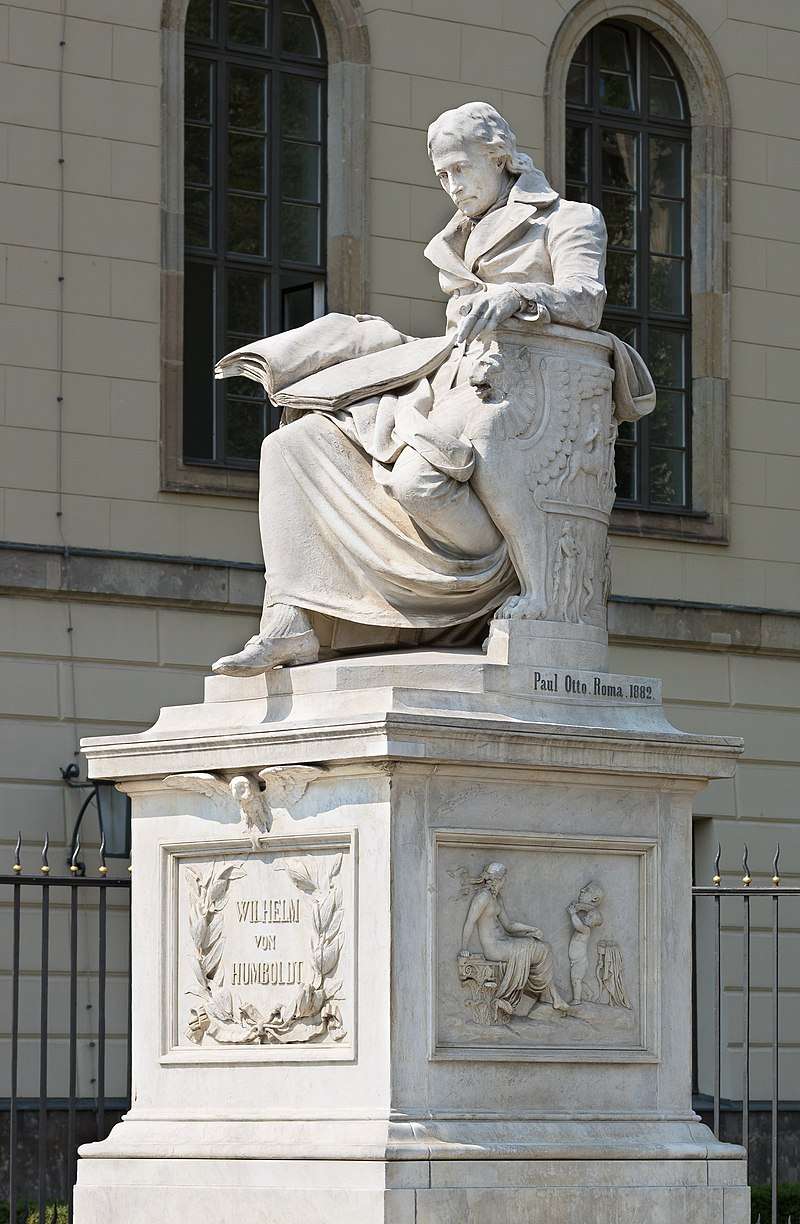 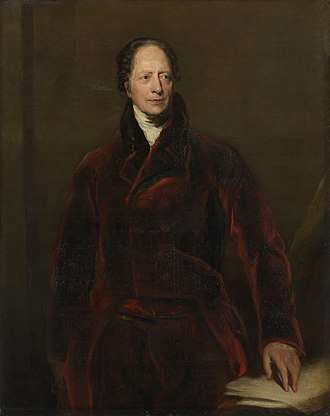 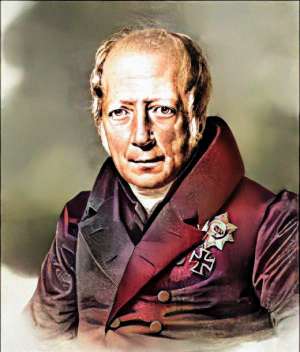 I am more and more convinced that our happiness or unhappiness depends far more on the way we meet the events of life, than on the nature of those events themselves.

Friedrich Wilhelm Christian Karl Ferdinand von Humboldt was a Prussian philosopher, linguist, government functionary, diplomat, and founder of the Humboldt University of Berlin, which was named after him in 1949 and also after his younger brother, Alexander von Humboldt, a naturalist.

He is especially remembered as a linguist who made important contributions to the philosophy of language, ethnolinguistics and to the theory and practice of education. He made a major contribution to the development of liberalism by envisioning education as a means of realizing individual possibility rather than a way of drilling traditional ideas into youth to suit them for an already established occupation or social role. In particular, he was the architect of the Humboldtian education ideal, which was used from the beginning in Prussia as a model for its system of public education, as well as in the United States and Japan.

In June 1791, he married Caroline von Dacheröden. They had eight children, of whom five amongst them Gabriele von Humboldt survived to adulthood.

Humboldt was a philosopher; he wrote The Limits of State Action in 1791–1792 though it was not published until 1850, after Humboldt's death, one of the boldest defences of the liberties of the Enlightenment. It influenced John Stuart Mill's essay On Liberty through which von Humboldt's ideas became known in the English-speaking world. Humboldt outlined an early version of what Mill would later call the "harm principle". His house in Rome became a cultural hub, run by Caroline von Humboldt.

The section dealing with education was published in the December 1792 issue of the Berlinische Monatsschrift under the title "On public state education". With this publication, Humboldt took part in the philosophical debate regarding the direction of national education that was in progress in Germany, as elsewhere, after the French Revolution.

Humboldt had been home schooled and never finished his comparably short university studies at the universities of Frankfurt Oder and Göttingen. Nevertheless, he became one of the most influential officials in German education. Actually, Humboldt had intended to become Minister of education, but failed to attain that position. The Prussian King asked him to leave Rome in 1809 and to lead the directorate of education under Friedrich Ferdinand Alexander zu Dohna-Schlobitten. Humboldt did not reply to the appointment for several weeks and would have preferred to stay on at the embassy in Rome. His wife did not return with him to Prussia; the couple met again when Humboldt stepped down from the educational post and was appointed head of the Embassy in Vienna.

Humboldt installed a standardized system of public instruction, from basic schools till secondary education, and founded Berlin University. He imposed a standardization of state examinations and inspections and created a special department within the ministry to oversee and design curricula, textbooks and learning aids.

Humboldt's educational model went beyond vocational training. In a letter to the Prussian king, he wrote: "There are undeniably certain kinds of knowledge that must be of a general nature and, more importantly, a certain cultivation of the mind and character that nobody can afford to be without. People obviously cannot be good craftworkers, merchants, soldiers or businessmen unless, regardless of their occupation, they are good, upstanding and – according to their condition – well-informed human beings and citizens. If this basis is laid through schooling, vocational skills are easily acquired later on, and a person is always free to move from one occupation to another, as so often happens in life." The philosopher Julian Nida-Rümelin has criticized discrepancies between Humboldt's ideals and modern European education policy, which narrowly understands education as a preparation for the labor market, and argued that we need to decide between McKinsey and Humboldt.

As a successful diplomat between 1802 and 1819, Humboldt was plenipotentiary Prussian minister at Rome from 1802, ambassador at Vienna from 1812 during the closing struggles of the Napoleonic Wars, at the congress of Prague 1813 where he was instrumental in drawing Austria to ally with Prussia and Russia against Napoleon; a signer of the peace treaty at Paris and the treaty between Prussia and defeated Saxony 1815, and at the congress at Aachen in 1818. However, the increasingly reactionary policy of the Prussian government made him give up political life in 1819; and from that time forward he devoted himself solely to literature and study.

Wilhelm von Humboldt was an adept linguist and studied the Basque language. He translated Pindar and Aeschylus into German.

Humboldt's work as a philologist in Basque has had more extensive impact than his other work. His visit to the Basque country resulted in Researches into the Early Inhabitants of Spain by the help of the Basque language 1821. In this work, Humboldt endeavored to show by examining geographical placenames that at one time a race or races speaking dialects allied to modern Basque extended throughout Spain, southern France and the Balearic Islands; he identified these people with the Iberians of classical writers, and further surmised that they had been allied with the Berbers of northern Africa. Humboldt's pioneering work has been superseded in its details by modern linguistics and archaeology, but is sometimes still uncritically followed even today. He was elected a member of the American Antiquarian Society in 1820, and a Foreign Honorary Member of the American Academy of Arts and Sciences in 1822.

Humboldt died while preparing his greatest work, on the ancient Kawi language of Java, but its introduction was published in 1836 as The Heterogeneity of Language and its Influence on the Intellectual Development of Mankind. His essay on the philosophy of speech

... first clearly laid down that the character and structure of a language expresses the inner life and knowledge of its speakers, and that languages must differ from one another in the same way and to the same degree as those who use them. Sounds do not become words until a meaning has been put into them, and this meaning embodies the thought of a community. What Humboldt terms the inner form of a language is just that mode of denoting the relations between the parts of a sentence which reflects the manner in which a particular body of men regards the world about them. It is the task of the morphology of speech to distinguish the various ways in which languages differ from each other as regards their inner form, and to classify and arrange them accordingly.

Noam Chomsky frequently quotes Humboldt's description of language as a system which "makes infinite use of finite means", meaning that an infinite number of sentences can be created using a finite number of grammatical rules. Humboldt scholar Tilman Borsche, however, notes profound differences between von Humboldt's view of language and Chomsky's.

More recently, Humboldt has also been credited as an originator of the linguistic relativity hypothesis more commonly known as the Sapir–Whorf hypothesis, developed by linguists Edward Sapir or Benjamin Whorf a century later.

The reception of Humboldt's work remains problematic in English-speaking countries, despite the work of Langham Brown, Manchester and James W. Underhill Humboldt, Worldview & Language, 2009, on account of his concept of what he called Weltansicht, the linguistic worldview, with Weltanschauung being translated simply as 'worldview', a term associated with ideologies and cultural mindsets in both German and English. The centrality of distinction in understanding Humboldt's work was set out by one of the leading contemporary German Humboldt scholars, Jürgen Trabant, in his works in both German and French. Polish linguists at the Lublin School see Jerzy Bartmiński, in their research of Humboldt, also stress this distinction between the worldviews of a personal or political kind and the worldview that is implicit in language as a conceptual system.

However, little rigorous research in English has gone into exploring the relationship between the linguistic worldview and the transformation and maintenance of this worldview by individual speakers. One notable exception is the work of Underhill, who explores comparative linguistic studies in both Creating Worldviews: Language, Ideology & Metaphor 2011 and in Ethnolinguistics and Cultural Concepts: Truth, Love, Hate & War 2012. In Underhill's work, a distinction is made between five forms of worldview: world-perceiving, world-conceiving, cultural mindset, personal world and perspective, in order to convey the distinctions Humboldt was concerned with preserving in his ethnolinguistics. Probably the best-known linguist working with a truly Humboldtian perspective writing in English today is Anna Wierzbicka, who has published a number of comparative works on semantic universals and conceptual distinctions in language.

The Rouen Ethnolinguistics Project, in France, published online a 7-hour series of lectures on Humboldt's thought on language, with the Berlin specialist Prof. Trabant.

In Charles Taylor's important summative work, The Language Animal: The Full Shape of the Human Linguistic Capacity, Taylor, 2016 von Humboldt is given credit, along with Johann Georg Hamann and Johann Gottfried Herder, for inspiring Taylor's "HHH" approach to the philosophy of language, emphasizing the creative power and cultural specificity of language. 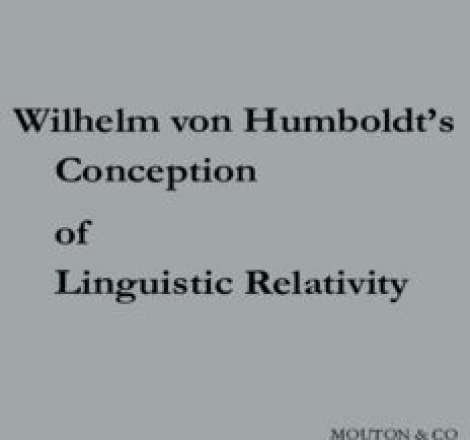 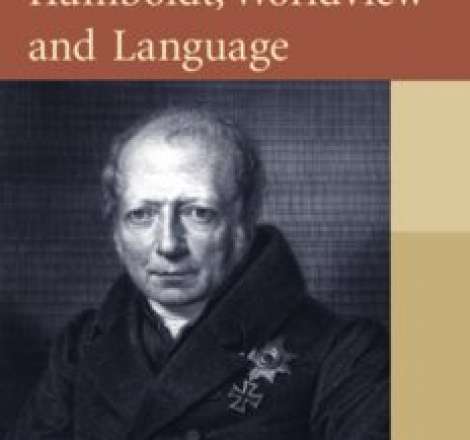 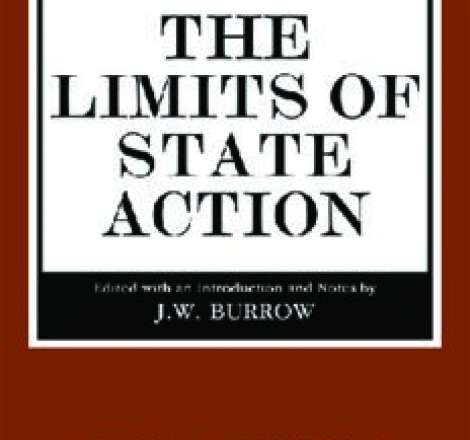 literature
The Limits of State Action 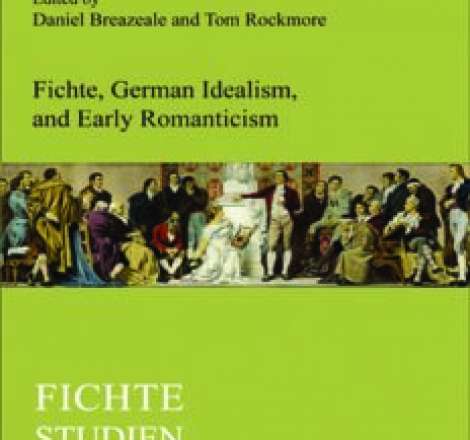 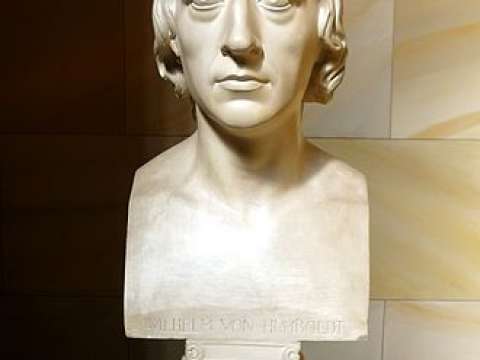 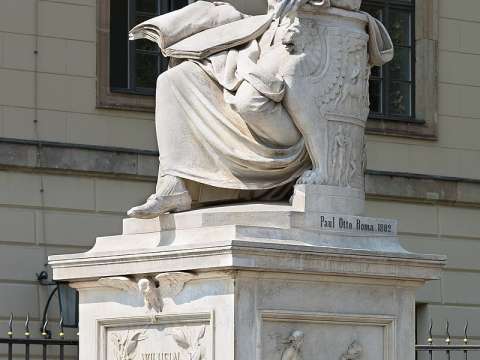 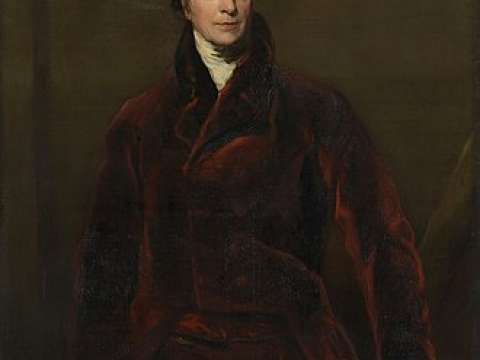 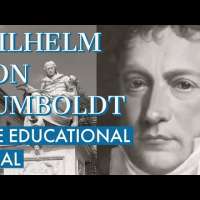 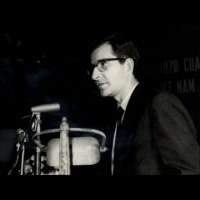 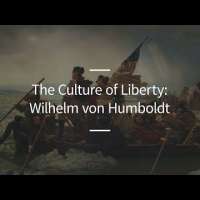 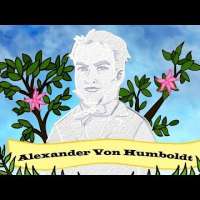 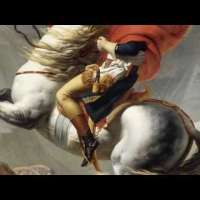 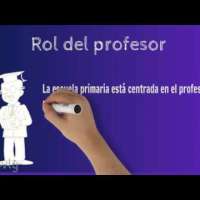 Wilhelm von Humboldt
What Do You Think Of That Genius? 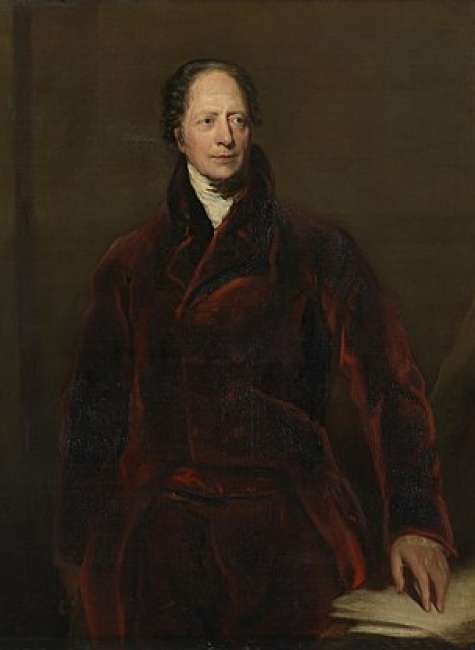