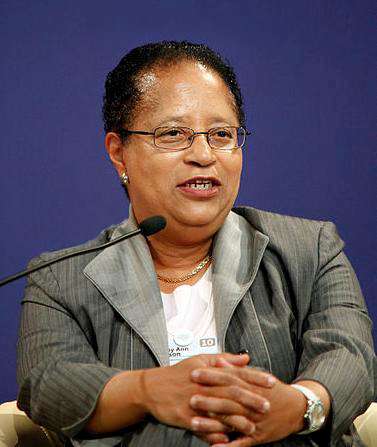 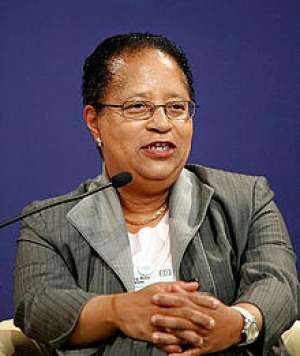 With MOOCs, “the real question becomes, where is human intervention important?

Jackson was born in Washington, D.C. and attended Roosevelt Senior High School. After graduation in 1964, she enrolled at MIT to study theoretical physics, earning her B.S. degree in 1968.

Jackson was elected to stay at MIT for her doctoral work, and received her Ph.D. degree in nuclear physics in 1973, the first African-American woman to earn a doctorate degree from MIT. Her research was directed by James Young, a professor in the MIT Center for Theoretical Physics. Jackson is also the second African-American woman in the United States to earn a doctorate in physics. She was featured on the PBS show "Finding Your Roots" Season 6 Episode 7, where she is noted as one of the leading global pioneers in science all while knowing little about her ancestry. In 2002, Discover magazine recognized her as one of the 50 most important women in science.

Jackson has described her interests thus:

I am interested in the electronic, optical, magnetic, and transport properties of novel semiconductor systems. Of special interest are the behavior of magnetic polarons in semimagnetic and dilute magnetic semiconductors, and the optical response properties of semiconductor quantum-wells and superlattices. My interests also include quantum dots, mesoscopic systems, and the role of antiferromagnetic fluctuations in correlated 2D electron systems.

Jackson served on the faculty at Rutgers University in Piscataway and New Brunswick, New Jersey from 1991 to 1995, in addition to continuing to consult with Bell Labs on semiconductor theory. Her research during this time focused on the electronic and optical properties of two-dimensional systems.

Although some sources claim that Jackson conducted scientific research while working at Bell Laboratories that enabled others to invent the portable fax, touch-tone telephone, solar cells, fiber optic cables, and the technology behind caller ID and call waiting, Jackson herself makes no such claim. Moreover, these telecommunications advancements significantly predated her arrival at Bell Labs in 1976, with these six specifically-enumerated inventions actually occurring by others in the time frame between 1954 and 1970.

In 1995 she was appointed by President Bill Clinton to serve as Chairman of the US Nuclear Regulatory Commission NRC, becoming the first woman and first African American to hold that position. At the NRC, she had "ultimate authority for all NRC functions pertaining to an emergency involving an NRC licensee". In addition, while Jackson served on the commission she assisted in the establishment of the International Nuclear Regulators Association. Dr. Jackson served as the chairperson for the International Regulators Association from 1997 to 1999. The association consisted of senior nuclear regulatory officials from countries like Canada, France, Germany and Spain.

On July 1, 1999, Jackson became the 18th president of Rensselaer Polytechnic Institute. She was the first woman and first African American to hold this position. Since her appointment to president of RPI, Jackson has helped raise over $1 billion in donations for philanthropic causes.

She is leading a strategic initiative called The Rensselaer Plan and much progress has been made towards achieving the Plan's goals. She has overseen a large capital improvement campaign, including the construction of an Experimental Media and Performing Arts Center costing $200 million, and the East Campus Athletic Village. She enjoys the ongoing support of the RPI Board of Trustees.

On April 26, 2006, the faculty of RPI including a number of retirees voted 155 to 149 against a vote of no-confidence in Jackson. In the Fall of 2007, the Rensselaer Board of Trustees suspended the faculty senate, thus prompting a strong reaction from the Rensselaer community that resulted in various protests including a "teach in".

The announcement of layoffs at RPI in December 2008 led some in the RPI community to question whether the institute should continue to compensate Jackson at this level, maintain a $450,000 Adirondack residence for her, and continue to support a personal staff of housekeepers, bodyguards and other aides. In July 2009, the news reported on the construction of a 10,000-square-foot 930 m2 mountain-top home in Bolton, New York, overlooking Lake George. A water-quality activist raised concerns about possible environmental hazards from the construction of a driveway, but according to Department of Environmental Conservation officials, the work was in compliance.

In its 2009 review of the decade 1999–2009, McClatchy Newspapers reported Jackson as the highest-paid currently sitting college president in the US, with a 2008 salary of approximately $1.6 million.

On December 4–5, 2009 Jackson celebrated her 10th year at RPI with an extravagant "Celebration Weekend", which featured tribute concerts by Aretha Franklin and Joshua Bell among other events. Following the weekend, the Board of Trustees announced they would support construction of a new guest house on Jackson's property, for the purpose of " the president to receive and entertain, appropriately, Rensselaer constituents, donors, and other high-level visitors". It was later reported that Jackson's current house on Tibbits Avenue has 4,884 square feet 453.7 m2 of space, seven bedrooms and five bathrooms, and an estimated value of $1,122,500. The trustees said that "the funds for this new project would not have been available for any other purpose".

William Walker, the school's vice president of strategic communications and external relations noted "The board sees this very much as a long-term investment … for President Jackson and her successors".

On February 2, 2010, the Troy Zoning Board of Appeals denied RPI's request for a zoning variance allowing them to construct the new house at a height of 44 feet 13 m, which would exceed the 25-foot 7.6 m height restriction on buildings in residential areas. The Zoning Board stated that it is "too big", and two firefighters believed the property would be difficult to access with emergency vehicles. A new plan was announced on February 25, describing how the president's house will be replaced with a new two-story house. The new house will have "9,600 square feet of livable space, divided approximately equally between living space for the president's family and rooms for the president to conduct meetings and events". In June 2010, it was discovered that the newest plans for the house showed a new size of 19,500 square feet 1,810 m2, causing the city of Troy to issue a stop-work order until additional building fees were paid.

In June 2010, it was announced that the Rensselaer Board of Trustees unanimously voted to extend Jackson a ten-year contract renewal, which she accepted. Shirley Ann Jackson's compensation ranked 1st among US private university presidents in 2014.

A 2015 Time Magazine article cited Jackson as the highest-paid college president, who "took home a base salary of $945,000 plus another $276,474 in bonuses, $31,874 in nontaxable benefits, and $5.8 million in deferred compensation, for a stunning $7.1 million in total. That works out to more than $1,000 per student at her school". In fall of 2018, another contract extension was approved by the board of trustees through the end of June 2022.

According to the Times Union, published on June 25, 2021, "For years, she has drawn criticism from civil liberty groups who say her administration works overtime to quell dissent and free speech among students and faculty. In recent years, her administration moved to take control of the school’s student-run student union and hired police officers to film students protesting in order to identify them for disciplinary action. The Foundation for Individual Rights in Education, a Philadelphia-based nonprofit group that promotes civil liberties on college campuses, even included RPI on its list of 10 worst campuses for freedom of expression".

In February 2020, Shirley Ann Jackson joined the Nature Conservancy Global Board due to her accolades and her dedication to nature conservation. She will be serving on this board till October 2029. Board Chair Tom Tierney says, “To successfully take on the most pressing environmental challenges facing us, TNC needs people with ambition and big ideas,”.

Jackson has received many fellowships, including the Martin Marietta Aircraft Company Scholarship and Fellowship, the Prince Hall Masons Scholarship, the National Science Foundation Traineeship, and a Ford Foundation Advanced Study Fellowship. She has been elected to numerous special societies, including the American Philosophical Society. In 2014, she was named a recipient of the National Medal of Science.

In the early 1990s, then- New Jersey Governor James Florio awarded Jackson the Thomas Alva Edison Science Award for her contributions to physics and for the promotion of science.

In 2001, she received the Richtmyer Memorial Award given annually by the American Association of Physics Teachers. She has also received many honorary doctorate degrees.

Jackson received awards for the years 1976 and 1981 as one of the Outstanding Young Women of America. She was inducted into National Women's Hall of Fame in 1998 for "her significant contributions as a distinguished scientist and advocate for education, science, and public policy".

In spring 2007, she was awarded the Vannevar Bush Award for "a lifetime of achievements in scientific research, education and senior statesman-like contributions to public policy".

In 2007, she received the Golden Plate Award of the American Academy of Achievement presented by Awards Council member Dr. Ben Carson.

Jackson continues to be involved in politics and public policy. In 2008 she became the University Vice Chairman of the US Council on Competitiveness, a non-for profit group based in Washington, DC. In 2009, President Barack Obama appointed Jackson to serve on the President's Council of Advisors on Science and Technology, a 20-member advisory group dedicated to public policy.

She was appointed an International Fellow of the Royal Academy of Engineering FREng in 2012.

She received a Candace Award for Technology from the National Coalition of 100 Black Women in 1982.

In 2018, was awarded by the Hutchins Center for African American Research with the W.E.B DuBois medal.

In the subsequent year of 2019, the Forum on Physics Societ awarded the 2019 Burton Award.

In January 2021, she was announced, by American Association of Physics Teachers, the recipient of the Hanz Christian Oersted award, which will be rewarded to her in summer 2021.

Shirley Jackson is married to Morris A. Washington, a physics professor at Rensselaer Polytechnic Institute, and has one son, Alan, a Dartmouth College alumnus. She is a member of Delta Sigma Theta sorority.

Shirley Ann Jackson and her husband were named in the inaugural class of the Capital Region Philanthropy Hall of Fame.

Best Known For: Being the first African-American woman to have earned a doctorate at the Massachusetts Institute of Technology
Fulfilled his Potential: Yes
Number of spouses: 1
First Marriage To: Morris A. Washington
Children: 1
Children names: Alan Jackson
Citizen Of: United States
Media: 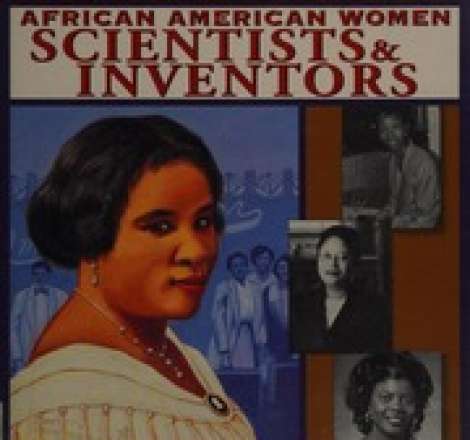 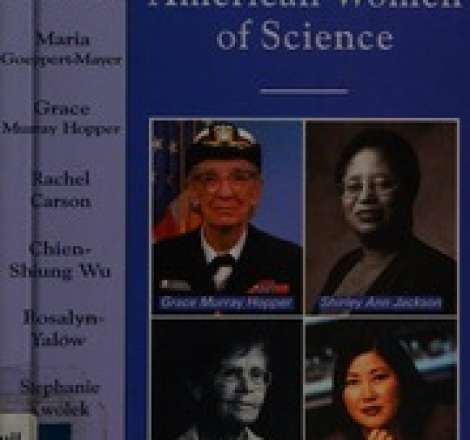 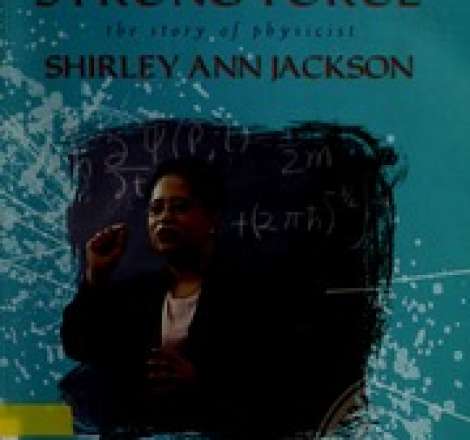 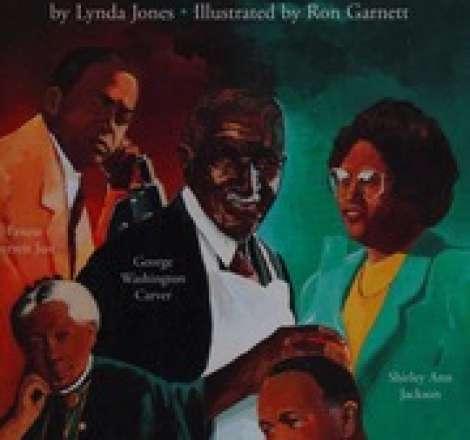 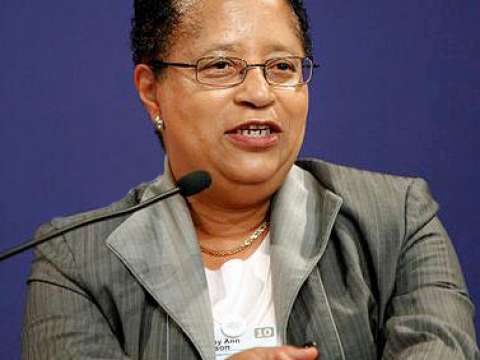 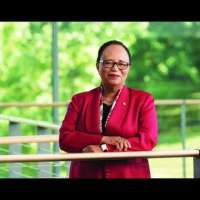 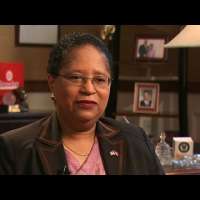 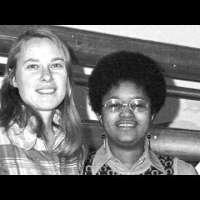 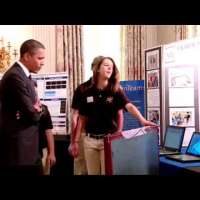 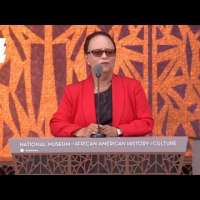 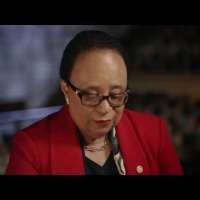 Seeing Ancestors’ “Value” Leaves Shirley Ann Jackson Speechless
What Do You Think Of That Genius? 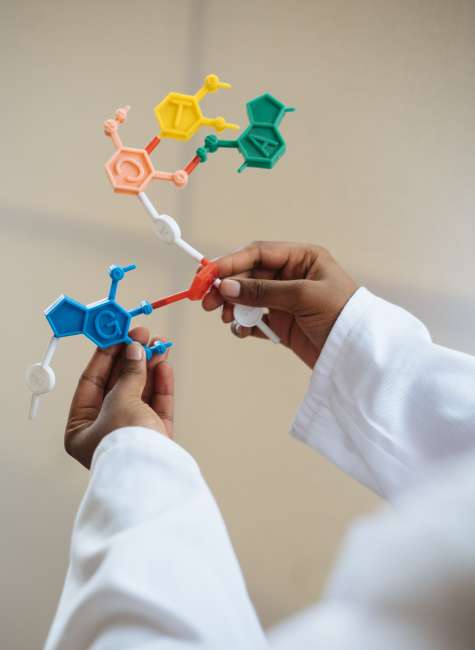 Physics
Shirley Jackson speaks about her career and being an agent for change
news.mit.edu
0 Comments 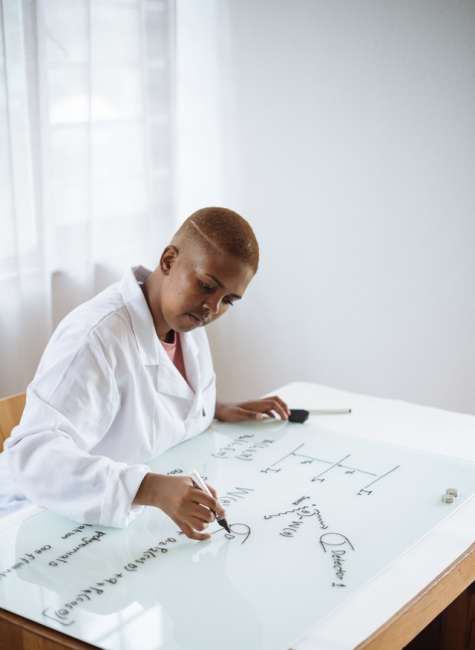