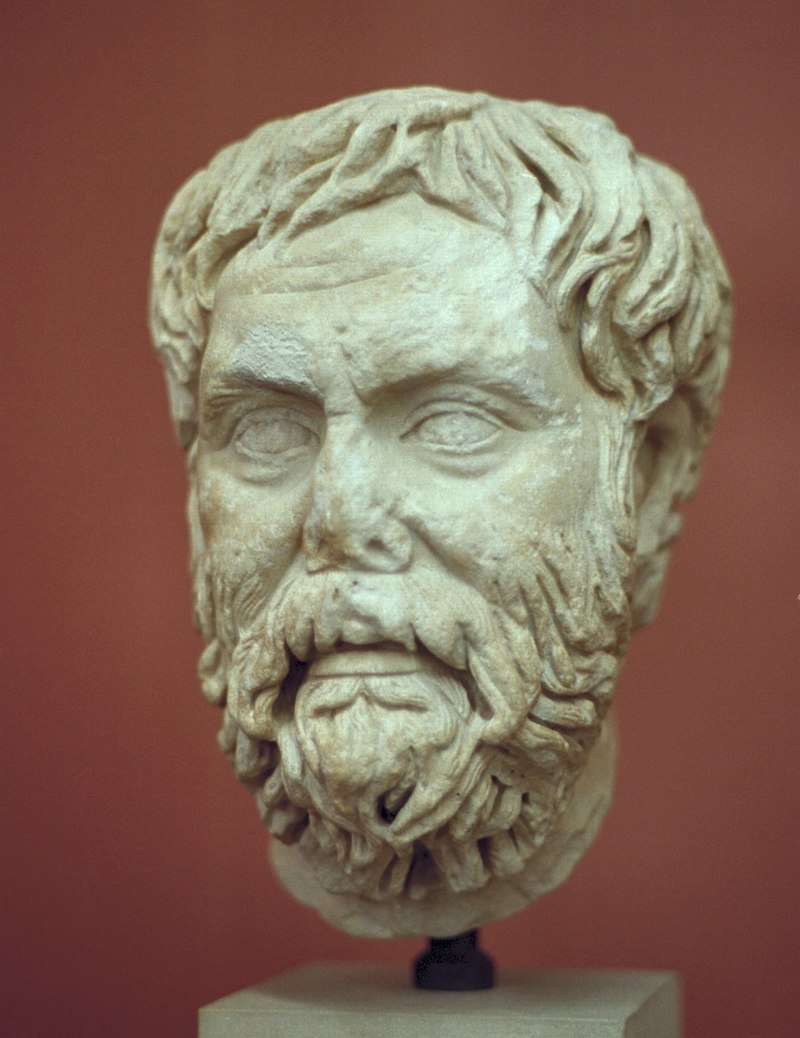 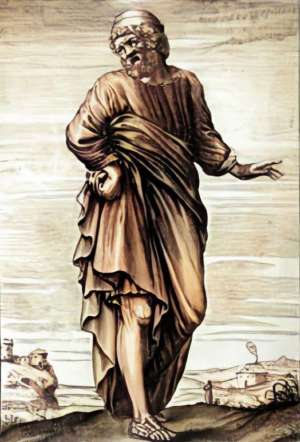 I feel safer with a Pyrrho than with a Saint Paul, for a jesting wisdom is gentler than an unbridled sanctity.

Pyrrho of Elis was a Greek philosopher of Classical antiquity and is credited as being the first Greek skeptic philosopher and founder of Pyrrhonism.

Pyrrho of Elis is estimated to have lived from around 365/360 until 275/270 BCE. Pyrrho was from Elis, on the Ionian Sea. He was likely a member of the Klytidiai, a clan of seers in Elis who interpreted the oracles of the Temple of Zeus at Olympia where Pyrrho served as a high priest. The Klytidiai were descendants of Klytios, who was the son of Alcmaeon and the grandson of Amphiaraus. In the Python, Pyrrho's student Timon of Phlius describes first meeting Pyrrho on the grounds of an Amphiareion, i.e., a temple of Amphiaraus, while they were both on a pilgrimage to Delphi.

Diogenes Laërtius, quoting from Apollodorus of Athens, says that Pyrrho was at first a painter, and that pictures by him were exhibited in the gymnasium at Elis. Later he was diverted to philosophy by the works of Democritus, and according to Diogenes Laërtius became acquainted with the Megarian dialectic through Bryson, pupil of Stilpo. Pyrrho, along with Anaxarchus, travelled with Alexander the Great on his exploration of the East, "so that he even went as far as the Gymnosophists in India and the Magi" in Persia. This exposure to Eastern philosophy, and in specific, Buddhist philosophy, seems to have inspired him to create his new philosophy and to adopt a life of solitude. Returning to Elis, he lived in poor circumstances, but was highly honored by the Elians, who made him a high priest, and also by the Athenians, who conferred upon him the rights of citizenship.

Pyrrho's pupils included Timon of Phlius, Hecataeus of Abdera, and Nausiphanes, who was one of Epicurus' teachers. He was also a major influence on Arcesilaus who, upon becoming scholarch of the Platonic Academy, transformed its teachings to conform with those of Pyrrho. This initiated Academic Skepticism, the second Hellenistic school of skeptical philosophy.

Pyrrho himself left no writings. His doctrines were recorded in the writings of his pupil Timon of Phlius. Unfortunately these works are mostly lost. Little is known for certain about the details of Pyrrho's philosophy and how it may have differed from later Pyrrhonism. Most of what we know today as Pyrrhonism comes through the book Outlines of Pyrrhonism written by Sextus Empiricus over 400 years after Pyrrho's death.

Most sources agree that the primary goal of Pyrrho's philosophy was the achievement of a state of ataraxia, or freedom from mental perturbation, and that he observed that ataraxia could be brought about by eschewing beliefs dogma about thoughts and perceptions. However, Pyrrho's own philosophy may have differed significantly in details from later Pyrrhonism. Most interpretations of the information on Pyrrho's philosophy suggest that he claimed that reality is inherently indeterminate, which, in the view of Pyrrhonism described by Sextus Empiricus, would be considered a negative dogmatic belief.

A summary of Pyrrho's philosophy was preserved by Eusebius, quoting Aristocles, quoting Timon, in what is known as the "Aristocles passage." There are conflicting interpretations of the ideas presented in this passage, each of which leads to a different conclusion as to what Pyrrho meant.

It is uncertain whether Pyrrhonism was a small but continuous movement in antiquity or whether it died out and was revived. Regardless, several centuries after Pyrrho lived, Aenesidemus led a revival of the philosophy. Pyrrhonism was one of the two major schools of philosophical skepticism that emerged during the Hellenistic period, the other being Academic skepticism. Pyrrhonism flourished among members of the Empiric school of medicine, where it was seen as the philosophic foundation to their approach to medicine, which was opposed to the approach of the Dogmatic school of medicine. Pyrrhonism fell into obscurity in the post-Hellenistic period.

Pyrrhonists view their philosophy as a way of life, and view Pyrrho as a model for this way of life. Their main goal is to attain ataraxia through achieving a state of epoché i.e., suspension of judgment about beliefs. One method Pyrrhonists use to suspend judgment is to gather arguments on both sides of the disputed issue, continuing to gather arguments such that the arguments have the property of isostheneia equal strength. This leads the Pyrrhonist to the conclusion that there is an unresolvable disagreement on the topic, and so the appropriate reaction is to suspend judgement. Eventually the Pyrrhonist develops epoché as a habitual response to all matters of dispute, which results in ataraxia.

Diogenes Laërtius' biography of Pyrrho reports that Pyrrho traveled with Alexander the Great's army on its conquest of India 327 to 325 BCE and based his philosophy on what he learned there:

...he even went as far as the Gymnosophists, in India, and the Magi. Owing to which circumstance, he seems to have taken a noble line in philosophy, introducing the doctrine of incomprehensibility, and of the necessity of suspending one's judgment....

The sources and the extent of the Indian influences on Pyrrho's philosophy, however, are disputed. Some elements of philosophical skepticism were already present in Greek philosophy, particularly in the Democritean tradition in which Pyrrho had studied prior to visiting India. Richard Bett heavily discounts any substantive Indian influences on Pyrrho, arguing that on the basis of testimony of Onesicritus regarding how difficult it was to converse with the gymnosophists, as it required three translators, none of whom understood any philosophy, that it is highly improbable that Pyrrho could have been substantively influenced by any of the Indian philosophers.

According to Christopher I. Beckwith's analysis of the Aristocles Passage, adiaphora, astathmēta, and anepikrita are strikingly similar to the Buddhist three marks of existence, indicating that Pyrrho's teaching is based on Buddhism. Beckwith disputes Bett's argument about the translators, as the other reports of using translators in India, involving Alexander the Great and Nearchus, say they needed only one interpreter, and Onesicritus was criticized by other writers in antiquity for exaggerating. Beckwith also contends that the 18 months Pyrrho spent in India was long enough to learn a foreign language, and that the key innovative tenets of Pyrrho's skepticism were only found in Indian philosophy at the time and not in Greece.

It has been hypothesized that the gymnosophists were Jains, or Ajnanins, and that these are likely influences on Pyrrho.

Pyrrho did not produce any written work. Most of the information on Pyrrho's philosophy comes from his student Timon. Only fragments of what Timon wrote have been preserved, mostly by Sextus Empiricus, Diogenes Laertius, and Eusebius.

Most biographical information on Pyrrho, as well as some information concerning his demeanor and behavior, come from the works of mid-third century BC biographer Antigonus of Carystus. Biographical anecdotes from Diogenes Laertius are also frequently cited; his work on Pyrrho's life drew primarily from Antigonus' accounts.

Beyond Belief: Pyrrho and Skepticism (2012) 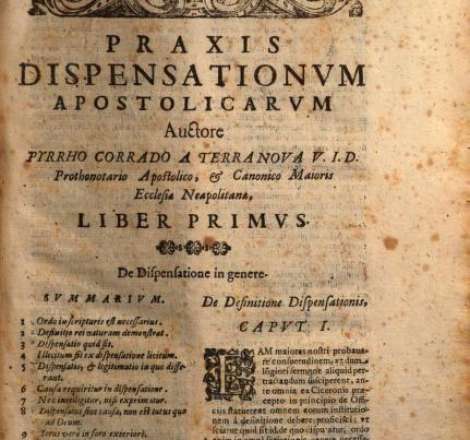 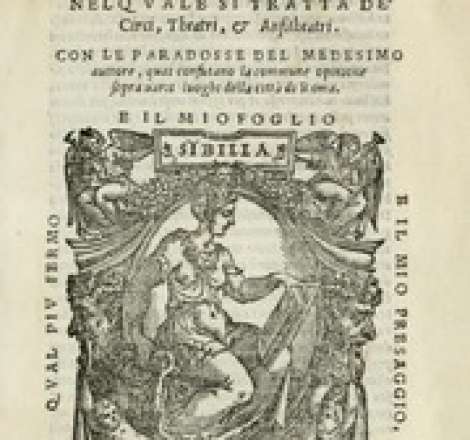 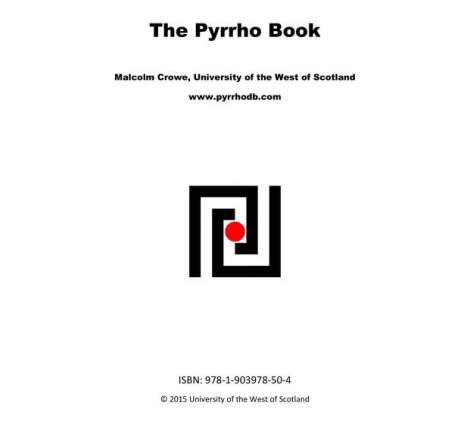 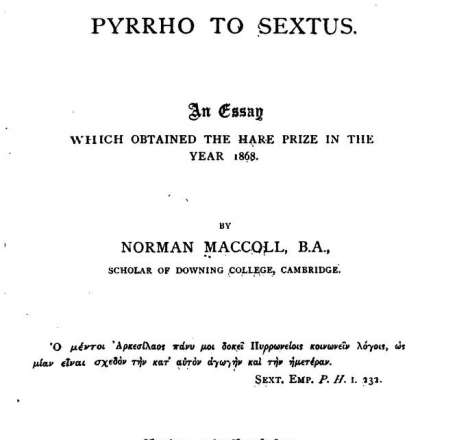 philosophy
The Greek Sceptics from Pyrrho to Sextus 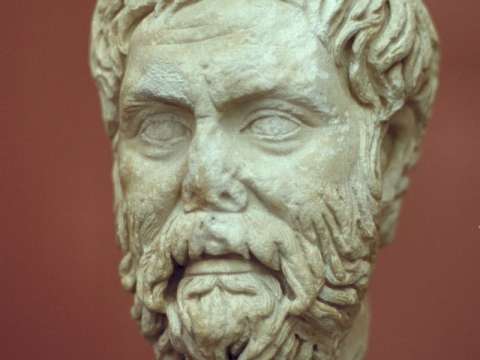 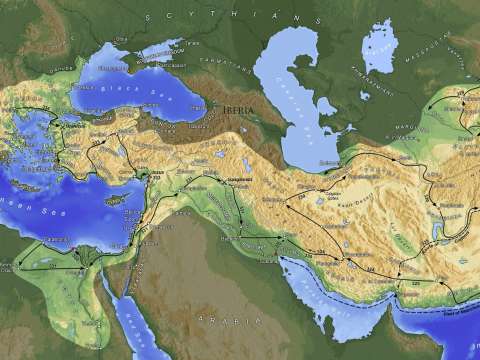 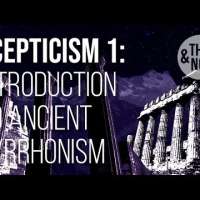 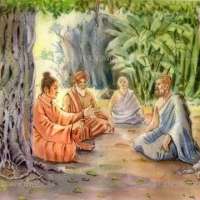 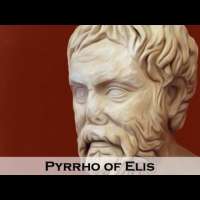 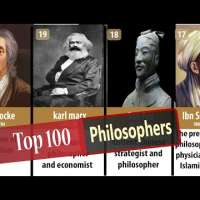 The Top 100 Most influential philosophers of all time 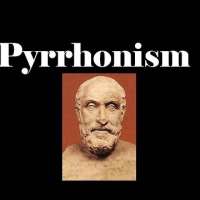 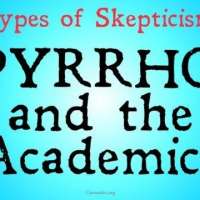 Pyrrho and the Academics (Types of Skepticism)
What Do You Think Of That Genius? 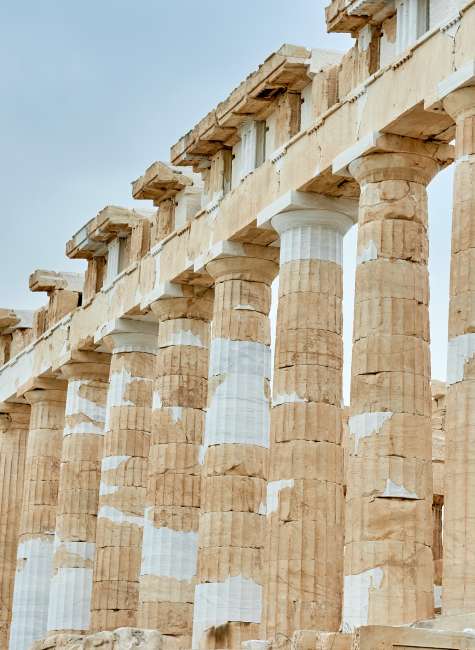