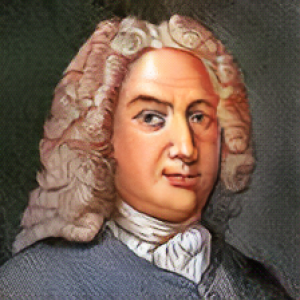 The Bernoulli family was a Swiss patrician family, notable for having produced eight mathematically gifted academics who, among them, contributed substantially to the development of mathematics and physics during the early modern period.

Originally from Antwerp, a branch of the family relocated to Basel in 1620. While their origin in Antwerp is certain, proposed earlier connections with the Dutch family Bornouilla Bernoullie, or with the Castilian family de Bernuy Bernoille, Bernouille, are uncertain.

The first known member of the family was Leon Bernoulli d. 1561, a doctor in Antwerp, at that time part of the Spanish Netherlands. His son, Jacob, emigrated to Frankfurt am Main in 1570 to escape from the Spanish persecution of the Protestants. Jacob's grandson, a spice trader, also named Jacob, moved to Basel, Switzerland in 1620, and was granted citizenship in 1622. His son, Niklaus Bernoulli  Nicolaus, 1623–1708, Leon's great-great-grandson, married Margarethe Schönauer.

Niklaus had four sons, of whom Johann and Hieronymus became the progenitors of the "greater" and the "lesser" branches of the family, respectively. The "greater" branch later became related by marriage to the prominent French academic dynasty, the Curie family, through Johann Bernoulli 1667–1748. The four sons of Niklaus were:

In addition to Jacob and Johann, the Bernoulli family of mathematicians is generally taken to include:

Several more recent prominent scholars are also descended from the family, including:

The surname survives in Switzerland, with ten entries in the white pages for the city of Basel as of 2018.

Family Tree of the Basler Bernoullis

Mathematic concepts named after members of the family

Best Known For: One of the most brilliant families
Fulfilled his Potential: YES
What Do You Think Of That Genius? 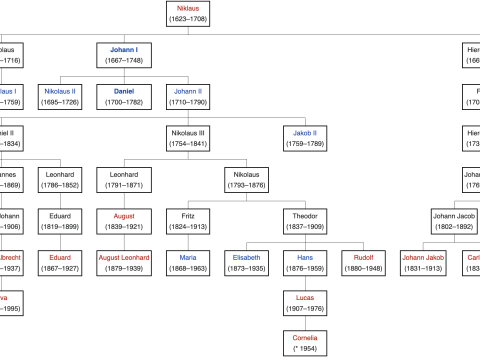