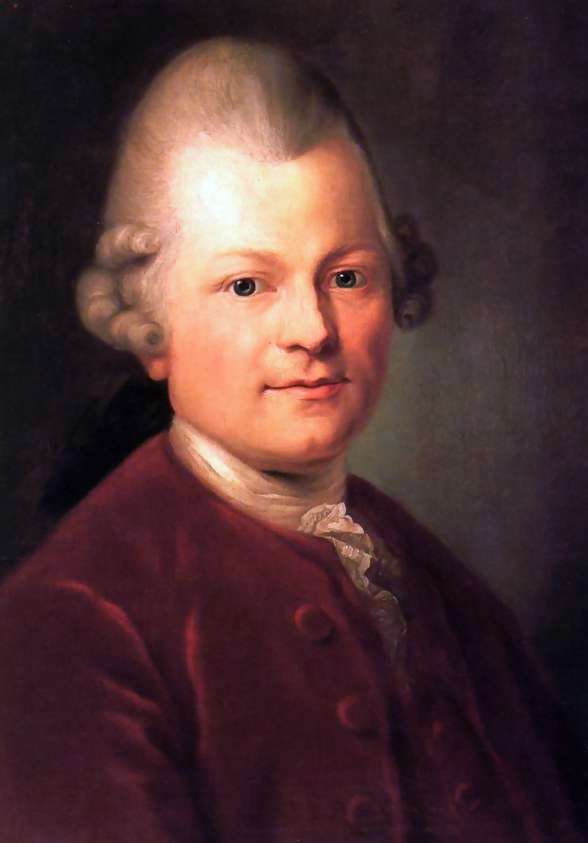 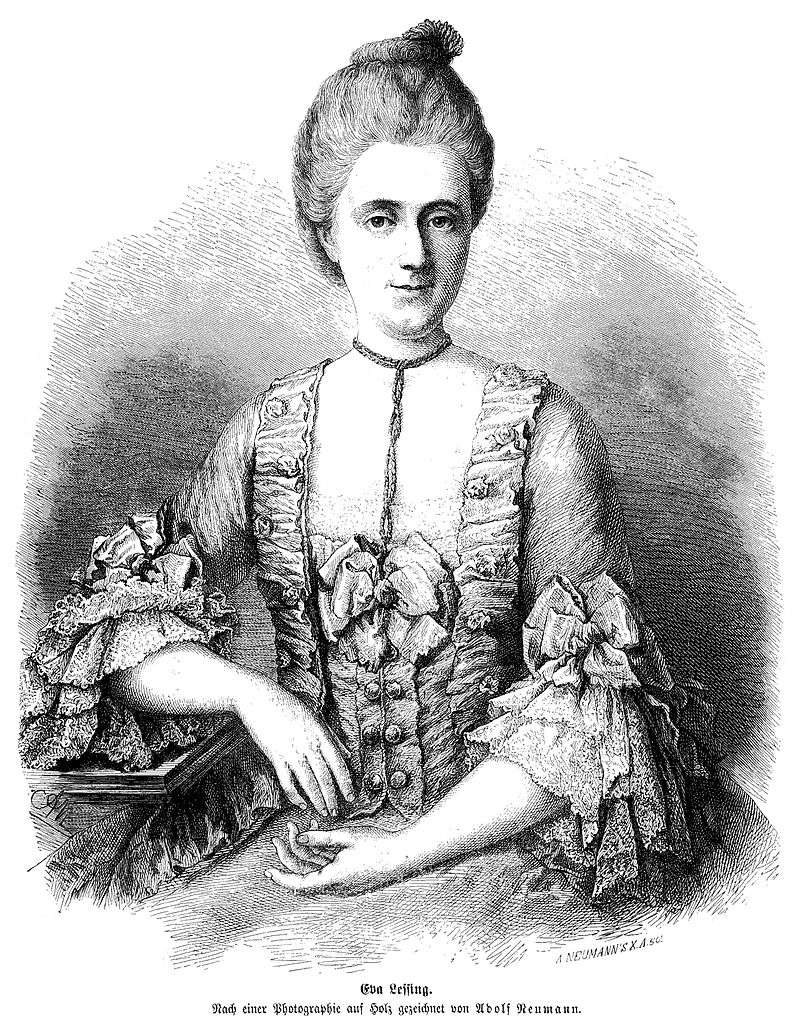 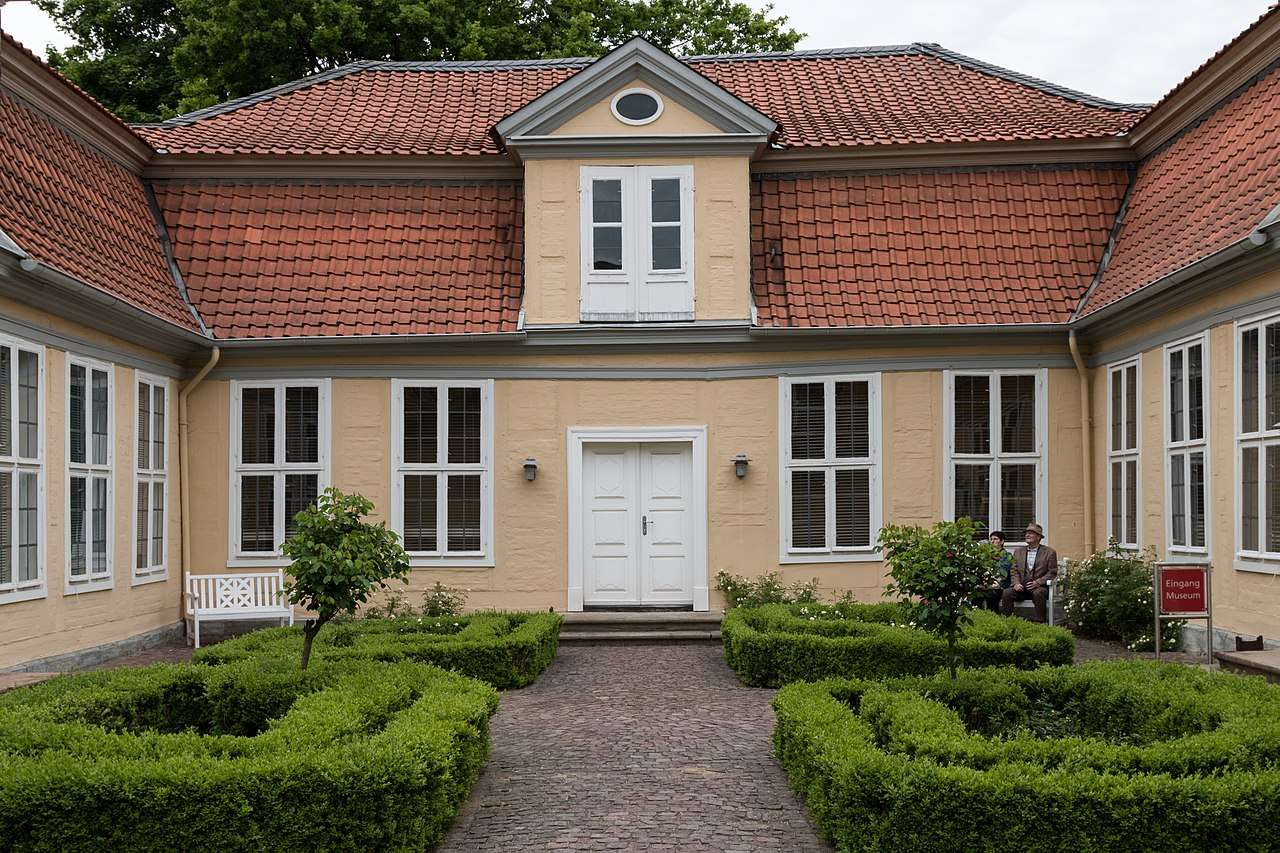 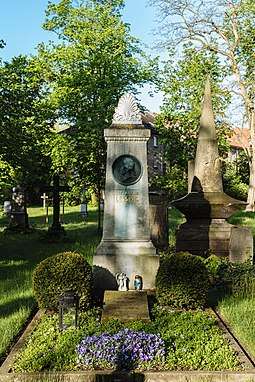 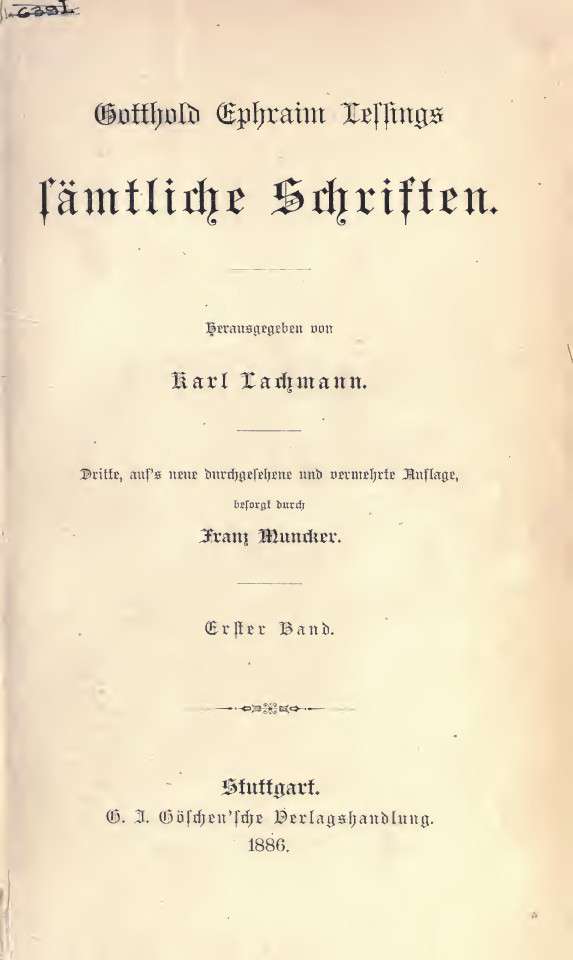 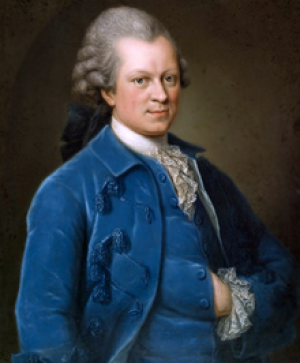 The search for truth is more precious than its possession.

Gotthold Ephraim Lessing was a German writer, philosopher, dramatist, publicist and art critic, and an outstanding representative of the Enlightenment era. His plays and theoretical writings substantially influenced the development of German literature. He is widely considered by theatre historians to be the first dramaturg in his role at Abel Seyler's Hamburg National Theatre.

Lessing was born in Kamenz, a small town in Saxony, to Johann Gottfried Lessing and Justine Salome Feller. His father was a Lutheran minister and wrote on theology. Young Lessing studied at the Latin School in Kamenz from 1737 to 1741. With a father who wanted his son to follow in his footsteps, Lessing next attended the Fürstenschule St. Afra in Meissen. After completing his education at St. Afra's, he enrolled at the University of Leipzig where he pursued a degree in theology, medicine, philosophy, and philology 1746–1748.

It was here that his relationship with Karoline Neuber, a famous German actress, began. He translated several French plays for her, and his interest in theatre grew. During this time, he wrote his first play, The Young Scholar. Neuber eventually produced the play in 1748.

From 1748 to 1760, Lessing lived in Leipzig and Berlin. He began to work as a reviewer and editor for the Vossische Zeitung and other periodicals. Lessing formed a close connection with his cousin, Christlob Mylius, and decided to follow him to Berlin. In 1750, Lessing and Mylius teamed together to begin a periodical publication named Beiträge zur Historie und Aufnahme des Theaters. The publication ran only four issues, but it caught the public's eye and revealed Lessing to be a serious critic and theorist of drama.

In 1752, he took his master's degree in Wittenberg. From 1760 to 1765, he worked in Breslau now Wrocław as secretary to General Tauentzien during the Seven Years' War between Britain and France, which had effects in Europe. It was during this time that he wrote his famous Laocoön, or the Limitations of Poetry .

In 1765, Lessing returned to Berlin, leaving in 1767 to work for three years at the Hamburg National Theatre. Actor-manager Konrad Ackermann began construction of Germany's first permanent national theatre in Hamburg, established by {{Interlanguage link|Johann Friedrich Löwen|de}. The owners of the new Hamburg National Theatre hired Lessing as the theatre's critic of plays and acting, an activity later known as dramaturgy based on his own words, making Lessing the very first dramaturge. The theatre's main backer was Abel Seyler, a former currency speculator who since became known as "the leading patron of German theatre." There he met Eva König, his future wife. His work in Hamburg formed the basis of his pioneering work on drama, titled Hamburgische Dramaturgie. Unfortunately, because of financial losses due to pirated editions of the Hamburgische Dramaturgie, the Hamburg Theatre closed just three years later.

In 1770, Lessing became librarian at the ducal library, now the Herzog August Library Herzog-August-Bibliothek, Bibliotheca Augusta, in Wolfenbüttel under the commission of the Duke of Brunswick. His tenure there was energetic, if interrupted by many journeys. In 1775, for example, he accompanied Prince Leopold to Italy.

On 14 October 1771, Lessing was initiated into Freemasonry in the lodge "Zu den drei Goldenen Rosen" in Hamburg.

In 1776, he married Eva König, who was then a widow, in Jork near Hamburg. She died in 1778 after giving birth to a short-lived son. On 15 February 1781, Lessing, aged 52, died during a visit to the wine dealer Angott in Brunswick.

Lessing was also famous for his friendship with Jewish-German philosopher Moses Mendelssohn. A recent biography of Mendelssohn's grandson, Felix, describes their friendship as one of the most "illuminating metaphors the clarion call of the Enlightenment for religious tolerance". It was this relationship that sparked his interest in popular religious debates of the time. He began publishing heated pamphlets on his beliefs which were eventually banned. It was this banishment that inspired him to return to theatre to portray his views and to write Nathan the Wise.

Early in his life, Lessing showed interest in the theatre. In his theoretical and critical writings on the subject—as in his own plays—he tried to contribute to the development of a new type of theatre in Germany. With this he especially turned against the then predominant literary theory of Gottsched and his followers. Lessing's Hamburgische Dramaturgie ran critiques of plays that were performed in the Hamburg Theatre, but after dealing with dissatisfied actors and actresses, Lessing redirected his writings to more of an analysis on the proper uses of drama. Lessing advocated the outline of drama in Aristotle's Poetics. He believed the French Academy had devalued the uses of drama through their neoclassical rules of form and separation of genres. His repeated opinions on this issue influenced theatre practitioners who began the movement of rejecting theatre rules known as Sturm und Drang "Storm and Stress". He also supported serious reception of Shakespeare's works. He worked with many theatre groups e.g. the one of the Neuberin.

In Hamburg he tried with others to set up the German National Theatre. Today his own works appear as prototypes of the later developed bourgeois German drama. Scholars see Miss Sara Sampson and Emilia Galotti as amongst the first bourgeois tragedies, Minna von Barnhelm Minna of Barnhelm as the model for many classic German comedies, Nathan the Wise Nathan der Weise as the first German drama of ideas "Ideendrama". His theoretical writings Laocoön and Hamburg Dramaturgy Hamburgische Dramaturgie set the standards for the discussion of aesthetic and literary theoretical principles. Lessing advocated that dramaturgs should carry their work out working directly with theatre companies rather than in isolation.

In his religious and philosophical writings he defended the faithful Christian's right for freedom of thought. He argued against the belief in revelation and the holding on to a literal interpretation of the Bible by the predominant orthodox doctrine through a problem later to be called Lessing's Ditch. Lessing outlined the concept of the religious "Proof of Power": How can miracles continue to be used as a base for Christianity when we have no proof of miracles? Historical truths which are in doubt cannot be used to prove metaphysical truths such as God's existence. As Lessing says it: "That, then, is the ugly great ditch which I cannot cross, however often and however earnestly I have tried to make that leap."

In the final leg of his life, Lessing threw himself into an intense evaluation of theology and religion. He did much of his studying by reading manuscripts he found while working as a librarian. While working for the Duke, he formed a close friendship with a family by the name of Reimarus. The family held an unpublished manuscript by Hermann Samuel Reimarus which attacked the historicity of Christian revelation. Despite discouragement from his brother Karl Gotthelf Lessing, he began publishing pieces of the manuscript in pamphlets known as Fragments from an Unnamed Author. The controversial pamphlets resulted in a heated debate between him and another theologian, Johann Melchior Goeze. In concern for tarnishing his reputation, Goeze requested the government put an end to the feud, and Lessing was silenced through a law that took away his freedom from censorship.

In response, Lessing relied upon his skills as a playwright to write what is undoubtedly his most influential play, Nathan the Wise. In the play, Lessing set up tension between Judaism, Islam, and Christianity by having one character ask Nathan which religion was the most genuine. Nathan avoids the question by telling the parable of the three rings, which implies the idea that no specific religion is the "correct religion." The Enlightenment ideas to which Lessing held tight were portrayed through his "ideal of humanity," stating that religion is relative to the individual's ability to reason. Nathan the Wise is considered to be the first example of the German "literature of humanity". As a child of the Enlightenment he trusted in a "Christianity of Reason", which oriented itself by the spirit of religion. He believed that human reason initiated by criticism and dissent would develop, even without help by a divine revelation. In his writing The Education of Humankind Die Erziehung des Menschengeschlechts he extensively and coherently lays out his position.

The idea of freedom for the theatre against the dominance of its French model; for religion from the church's dogma is his central theme throughout his life. Therefore, he also stood up for the liberation of the upcoming middle and upper class from the nobility making up their minds for them.

In his own literary existence he also constantly strove for independence. But his ideal of a possible life as a free author was hard to keep up against the economic constraints he faced. His project of authors self-publishing their works, which he tried to accomplish in Hamburg with C. J. Bode, failed.

Lessing is important as a literary critic for his work Laocoon: An Essay on the Limits of Painting and Poetry. In this work, he argues against the tendency to take Horace's ut pictura poesis as painting, so poetry as prescriptive for literature. In other words, he objected to trying to write poetry using the same devices as one would in painting. Instead, poetry and painting each has its character the former is extended in time; the latter is extended in space. This is related to Lessing's turn from French classicism to Aristotelian mimesis, discussed above. 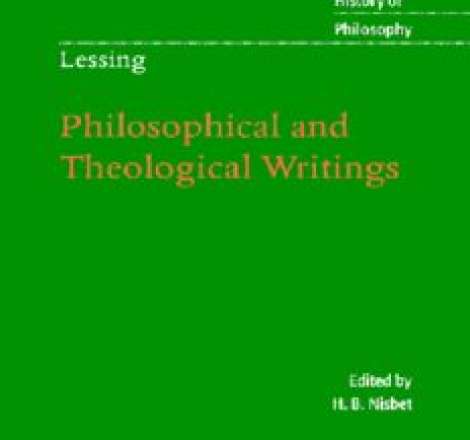 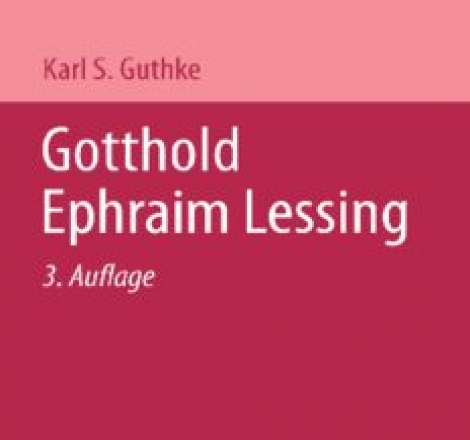 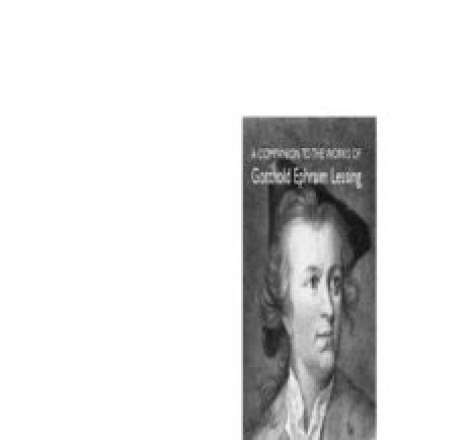 literature
A Companion to the Works of Gotthold Ephraim Lessing 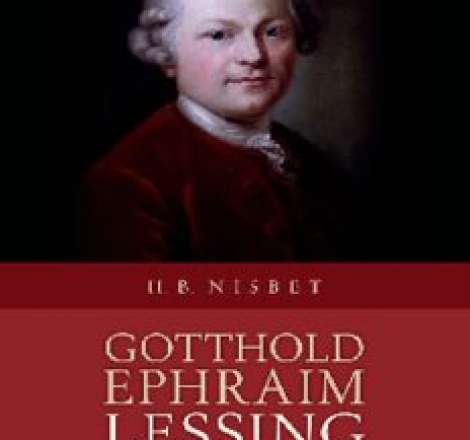 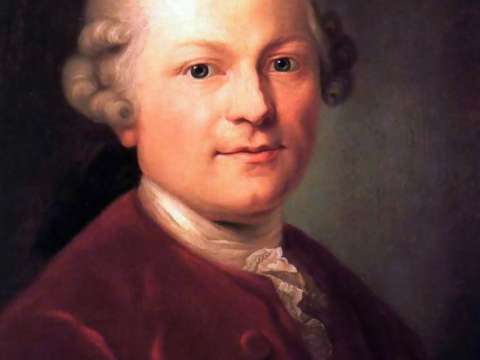 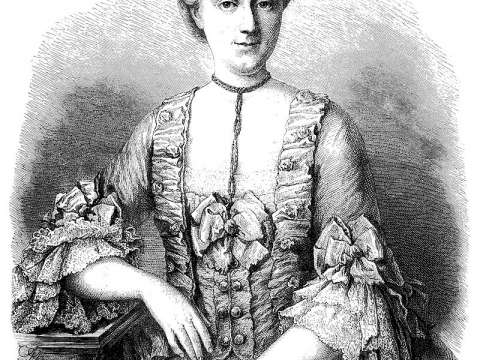 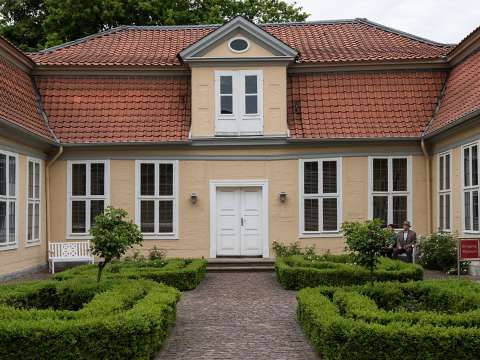 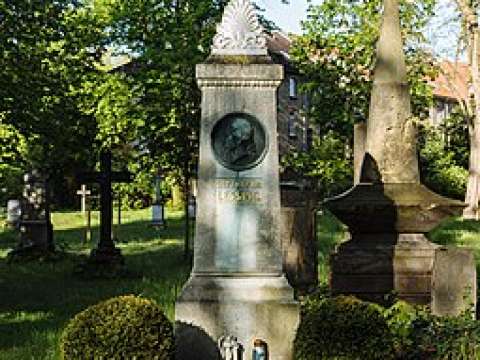 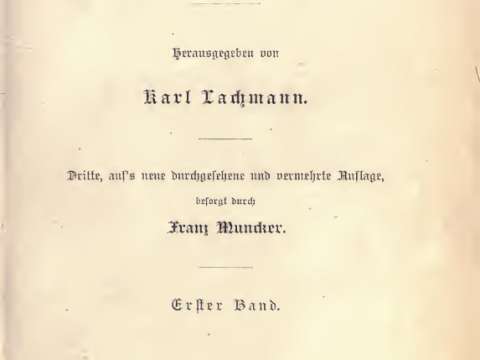 An 1886 edition of Lessing's collected works 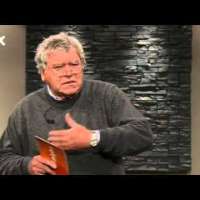 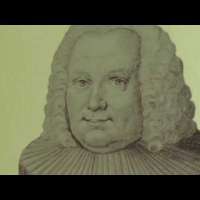 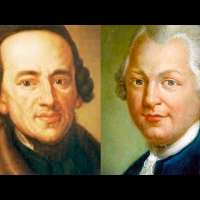 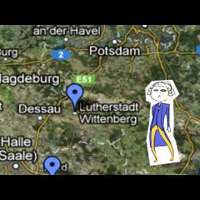 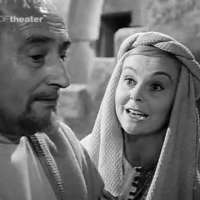 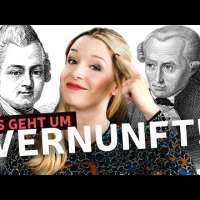 Literatur der Aufklärung | musstewissen Deutsch
What Do You Think Of That Genius?