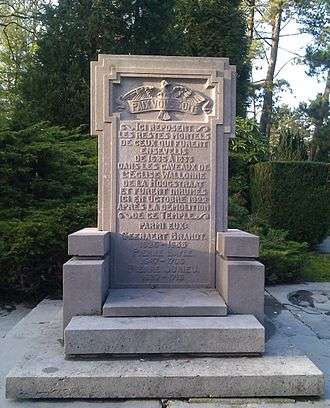 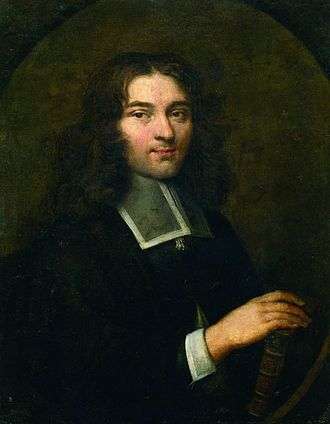 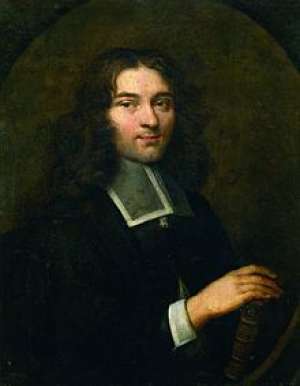 There is not less wit nor less invention in applying rightly a thought one finds in a book, than in being the first author of that thought.

Pierre Bayle was a French philosopher, author, and lexicographer. He is best known for his Historical and Critical Dictionary, whose publication began in 1697. A Huguenot, Bayle fled to the Dutch Republic in 1681 because of religious persecution in France. Bayle was a notable advocate of religious toleration and his work had a significant influence on the subsequent growth and development of the European Age of Enlightenment. He is regarded as a forerunner of the Encyclopédistes.

Bayle was born at Carla-le-Comte later renamed Carla-Bayle in his honour, near Pamiers, Ariège, France. He was educated by his father, a Calvinist minister, and at an academy at Puylaurens. He afterwards entered a Jesuit college at Toulouse, and became a Roman Catholic a month later 1669. After seventeen months, he returned to Calvinism and fled to Geneva.

There he became acquainted with the teachings of René Descartes. He returned to France and went to Paris, where for some years he worked under the name of Bèle as a tutor for various families. In 1675 he was appointed to the chair of philosophy at the Protestant Academy of Sedan. In 1681 the university at Sedan was suppressed by the government in action against Protestants.

Just before that event, Bayle had fled to the Dutch Republic, where he almost immediately was appointed professor of philosophy and history at the École Illustre in Rotterdam. He taught for many years, but became embroiled in a long internal quarrel in the college which resulted in Bayle being deprived of his chair in 1693.

Bayle remained in Rotterdam until his death on 28 December 1706. He was buried in Rotterdam in the "Walloon church", where Pierre Jurieu would also be buried, seven years later. After the demolition of this church in 1922, the graves were relocated to the Crooswijk General Cemetery in Rotterdam. A memorial stone shows that Pierre Bayle is in these graves.

At Rotterdam, Bayle published his famous Reflections on Comets  in 1682, as well as his critique of Louis Maimbourg's work on the history of Calvinism. The reputation achieved by this critique stirred the envy of Pierre Jurieu, Bayle's Calvinist colleague of both Sedan and Rotterdam, who had written a book on the same subject.

Between 1684 and 1687, Bayle published his Nouvelles de la république des lettres, a journal of literary criticism. In 1686, Bayle published the first two volumes of Philosophical Commentary, an early plea for toleration in religious matters. This was followed by volumes three and four in 1687 and 1688.

In 1690 there appeared a work entitled Avis important aux refugies, which Jurieu attributed to Bayle, whom he attacked with great animosity. After losing his chair, Bayle engaged in the preparation of his massive Dictionnaire Historique et Critique Historical and Critical Dictionary, which effectively constituted one of the first encyclopaedias before the term had come into wide circulation of ideas and their originators. In the Dictionary, Bayle expressed his view that much that was considered to be "truth" was actually just opinion, and that gullibility and stubbornness were prevalent. The Dictionary would remain an important scholarly work for several generations after its publication.

The remaining years of Bayle's life were devoted to miscellaneous writings; in many cases, he was responding to criticisms made of his Dictionary.

Voltaire, in the prelude to his Poème sur le désastre de Lisbonne calls Bayle "le plus grand dialecticien qui ait jamais écrit": the greatest dialectician to have ever written.

The Nouvelles de la république des lettres was the first thorough-going attempt to popularise literature, and it was eminently successful. His multi-volume Historical and Critical Dictionary constitutes Bayle's masterpiece. The English translation of The Dictionary, by Bayle's fellow Huguenot exile Pierre des Maizeaux, was identified by American President Thomas Jefferson to be among the one hundred foundational texts to form the first collection of the Library of Congress.

Bayle advanced arguments for religious toleration in his Dictionnaire historique and critique and Commentaire Philosophique. Bayle rejected the use of scripture to justify coercion and violence: "One must transcribe almost the whole New Testament to collect all the Proofs it affords us of that Gentleness and Long-suffering, which constitute the distinguishing and essential Character of the Gospel." He did not regard toleration as a danger to the state; on the contrary:

"If the Multiplicity of Religions prejudices the State, it proceeds from their not bearing with one another but on the contrary endeavouring each to crush and destroy the other by methods of Persecution. In a word, all the Mischief arises not from Toleration, but from the want of it."

Bayle also rejected the use of coercion and violence in the universities,

It will be an everlasting subject of wonder to persons who know what philosophy is, to find that Aristotle's authority had been so much respected in the schools for several ages, that when a disputant quoted a passage from that philosopher, he who maintained the thesis, durst not say "Transeat," but must either deny the passage, or explain it in his own way—just as we treat the Holy Scriptures in the divinity schools. The parliaments, which have proscribed all other philosophy but that of Aristotle, are more excusable than the doctors; for whether the members of the parliament were really persuaded that that philosophy was the best of any, or whether they were not, the public good might have induced them to prohibit the new opinions, for fear the academical divisions should spread their malignant influences on the tranquility of the state.

Richard Popkin has advanced the view that Pierre Bayle was a skeptic who used the Historical and Critical Dictionary to criticise all prior known theories and philosophies. In Bayle's view, humans were inherently incapable of achieving true knowledge. Because of the limitations of human reason, men should adhere instead to their conscience alone. Bayle was critical of many influential rationalists, such as René Descartes, Thomas Hobbes, Baruch Spinoza, Nicolas Malebranche and Gottfried Wilhelm Leibniz.

Best Known For: Various Thoughts on the Occasion of the Comet
Fulfilled his Potential: Yes
Citizen Of: France
What Do You Think Of That Genius? 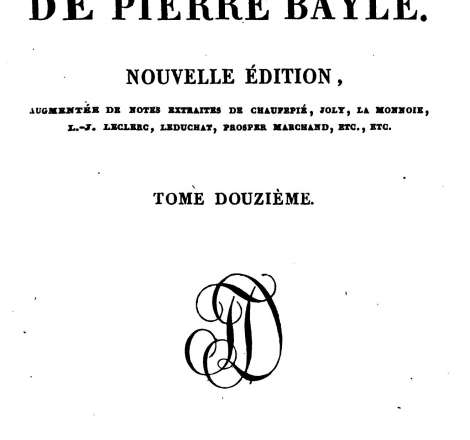 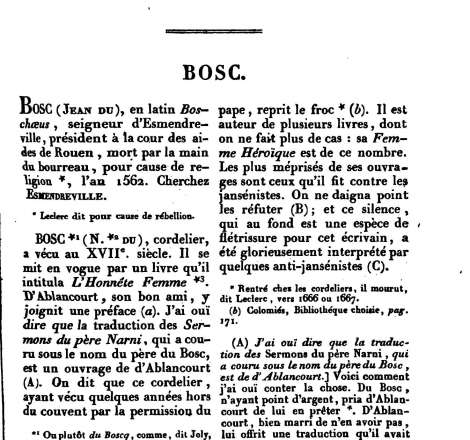 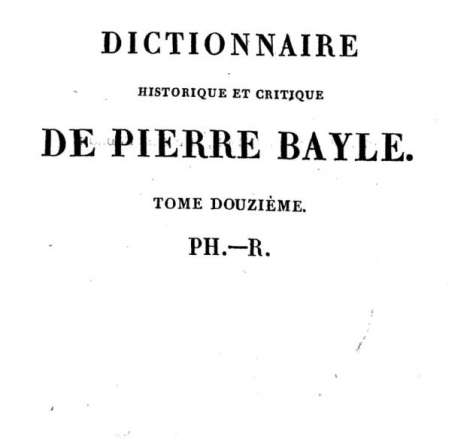 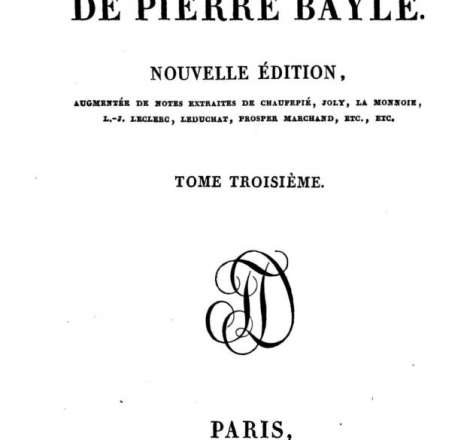 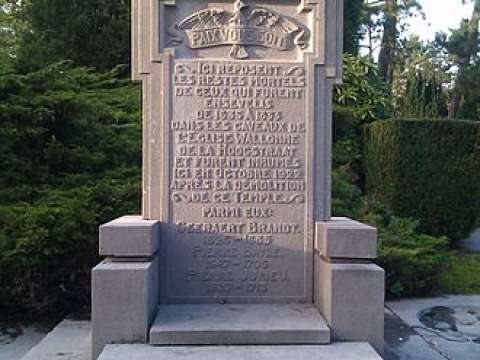 Memorial stone for the Walloon graves on the General Cemetery in Crooswijk. Among them, Pierre Bayle. 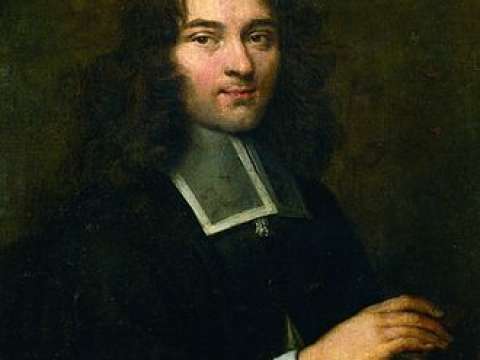 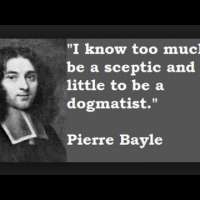 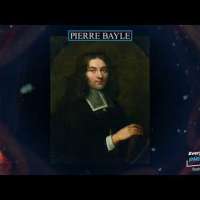 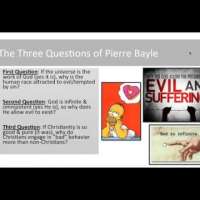 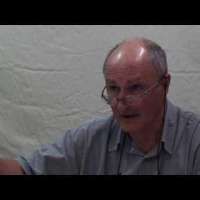 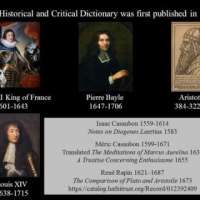 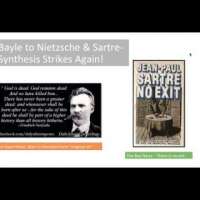 Pierre Bayle Lecture 3
What Do You Think Of That Genius? 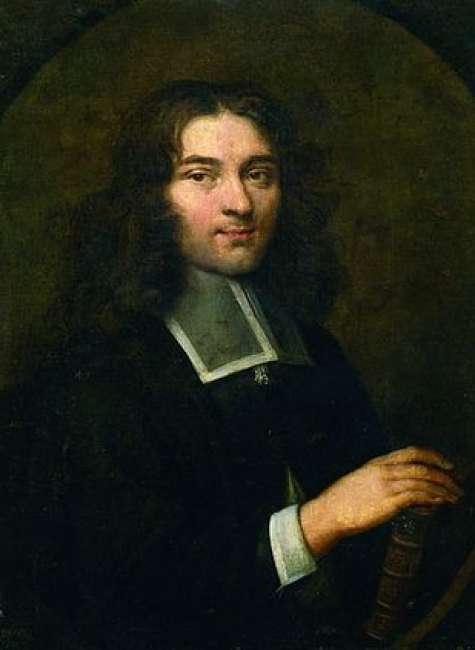