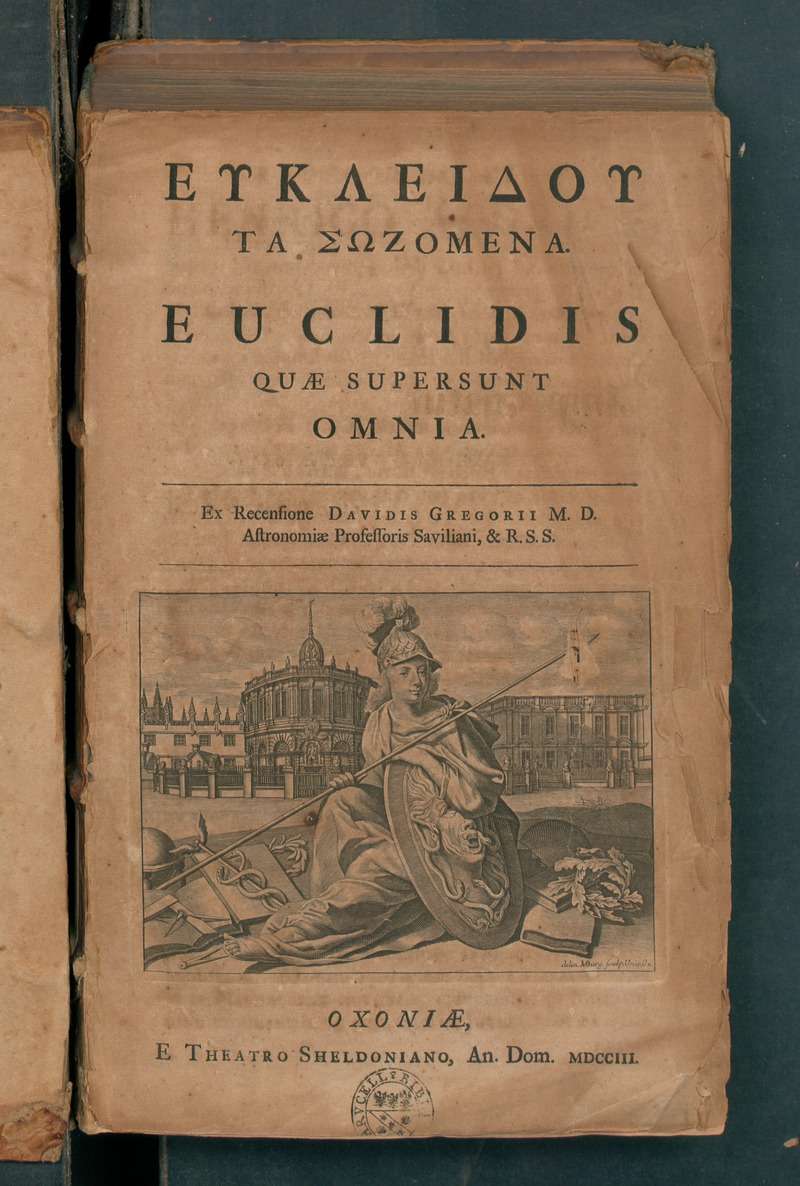 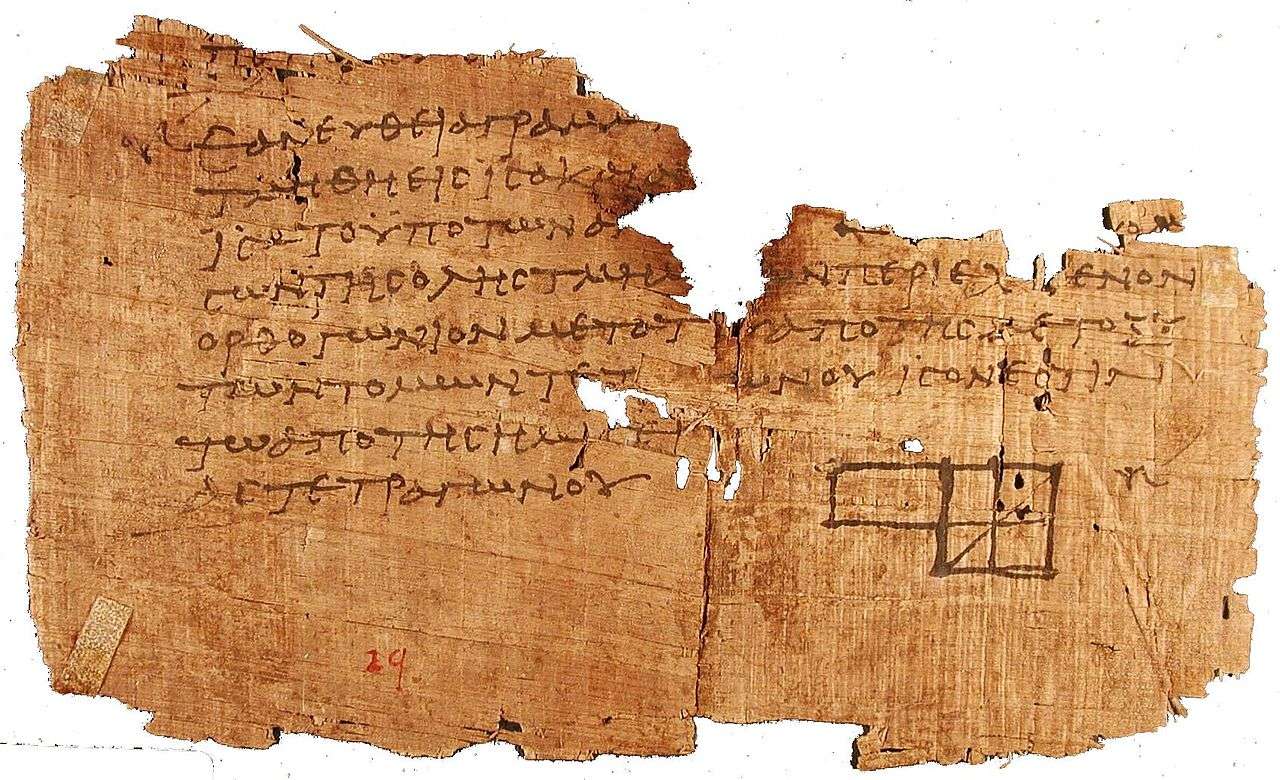 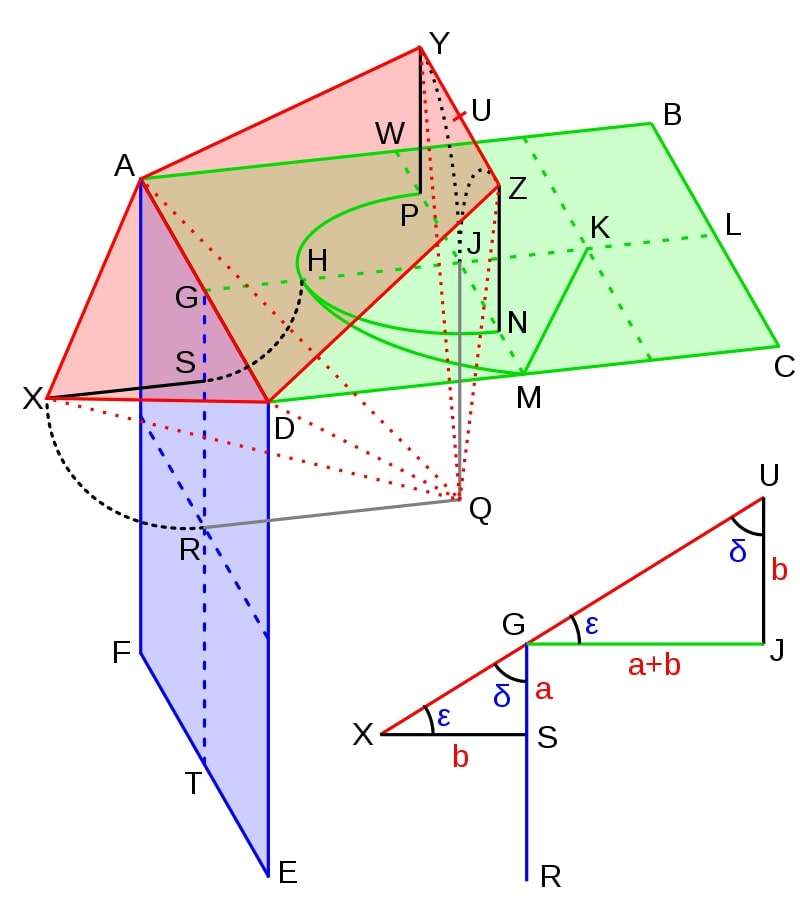 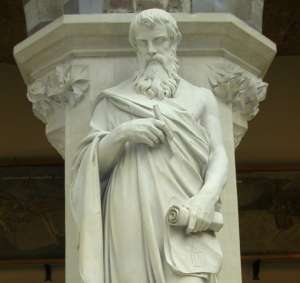 The laws of nature are but the mathematical thoughts of God

Euclid was a Greek mathematician, often referred to as the "founder of geometry" or the "father of geometry". He was active in Alexandria during the reign of Ptolemy I. His Elements is one of the most influential works in the history of mathematics, serving as the main textbook for teaching mathematics especially geometry from the time of its publication until the late 19th or early 20th century. In the Elements, Euclid deduced the theorems of what is now called Euclidean geometry from a small set of axioms. Euclid also wrote works on perspective, conic sections, spherical geometry, number theory, and mathematical rigour.

The English name Euclid is the anglicized version of the Greek name Εὐκλείδης, which means "renowned, glorious". He is sometimes called Euclid of Alexandria to distinguish him from Euclid of Megara,

Very few original references to Euclid survive, so little is known about his life. He was likely born c. 325 BC, although the place and circumstances of both his birth and death are unknown and may only be estimated roughly relative to other people mentioned with him. He is mentioned by name, though rarely, by other Greek mathematicians from Archimedes c. 287 BC – c. 212 BC onward, and is usually referred to as "ὁ στοιχειώτης" "the author of Elements". The few historical references to Euclid were written by Proclus c. 450 AD, eight centuries after Euclid lived.

A detailed biography of Euclid is given by Arabian authors, mentioning, for example, a birth town of Tyre. This biography is generally believed to be fictitious. If he came from Alexandria, he would have known the Serapeum of Alexandria, and the Library of Alexandria, and may have worked there during his time. Euclid's arrival in Alexandria came about ten years after its founding by Alexander the Great, which means he arrived c. 322 BC.

Proclus introduces Euclid only briefly in his Commentary on the Elements. According to Proclus, Euclid supposedly belonged to Plato's "persuasion" and brought together the Elements, drawing on prior work of Eudoxus of Cnidus and of several pupils of Plato particularly Theaetetus and Philip of Opus. Proclus believes that Euclid is not much younger than these, and that he must have lived during the time of Ptolemy I c. 367 BC – 282 BC because he was mentioned by Archimedes. Although the apparent citation of Euclid by Archimedes has been judged to be an interpolation by later editors of his works, it is still believed that Euclid wrote his works before Archimedes wrote his. Proclus later retells a story that, when Ptolemy I asked if there was a shorter path to learning geometry than Euclid's Elements, "Euclid replied there is no royal road to geometry." This anecdote is questionable since it is similar to a story told about Menaechmus and Alexander the Great.

Euclid died c. 270 BC, presumably in Alexandria. In the only other key reference to Euclid, Pappus of Alexandria c. 320 AD briefly mentioned that Apollonius "spent a very long time with the pupils of Euclid at Alexandria, and it was thus that he acquired such a scientific habit of thought" c. 247–222 BC.

Because the lack of biographical information is unusual for the period extensive biographies being available for most significant Greek mathematicians several centuries before and after Euclid, some researchers have proposed that Euclid was not a historical personage, and that his works were written by a team of mathematicians who took the name Euclid from Euclid of Megara à la Bourbaki. However, this hypothesis is not well accepted by scholars and there is little evidence in its favor.

Although many of the results in Elements originated with earlier mathematicians, one of Euclid's accomplishments was to present them in a single, logically coherent framework, making it easy to use and easy to reference, including a system of rigorous mathematical proofs that remains the basis of mathematics 23 centuries later.

There is no mention of Euclid in the earliest remaining copies of the Elements. Most of the copies say they are "from the edition of Theon" or the "lectures of Theon", while the text considered to be primary, held by the Vatican, mentions no author. Proclus provides the only reference ascribing the Elements to Euclid.

Although best known for its geometric results, the Elements also includes number theory. It considers the connection between perfect numbers and Mersenne primes known as the Euclid–Euler theorem, the infinitude of prime numbers, Euclid's lemma on factorization which leads to the fundamental theorem of arithmetic on uniqueness of prime factorizations, and the Euclidean algorithm for finding the greatest common divisor of two numbers.

The geometrical system described in the Elements was long known simply as geometry, and was considered to be the only geometry possible. Today, however, that system is often referred to as Euclidean geometry to distinguish it from other so-called non-Euclidean geometries discovered in the 19th century.

The Papyrus Oxyrhynchus 29 P. Oxy. 29 is a fragment of the second book of the Elements of Euclid, unearthed by Grenfell and Hunt 1897 in Oxyrhynchus. More recent scholarship suggests a date of 75–125 AD.

The fragment contains the statement of the 5th proposition of Book 2, which in the translation of T. L. Heath reads:

In addition to the Elements, at least five works of Euclid have survived to the present day. They follow the same logical structure as Elements, with definitions and proved propositions.

Other works are credibly attributed to Euclid, but have been lost.

The European Space Agency's ESA Euclid spacecraft was named in his honor.

Best Known For: Euclidean geometryEuclid's ElementsEuclidean algorithmList of topics named after Euclid
Fulfilled his Potential: Yes
Citizen Of: Ancient Greece
What Do You Think Of That Genius? 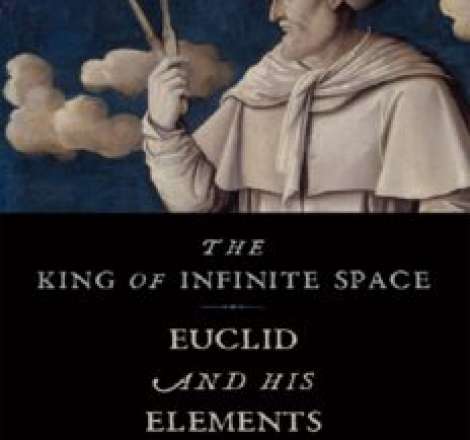 Mathematics
The King of Infinite Space: Euclid and His Elements 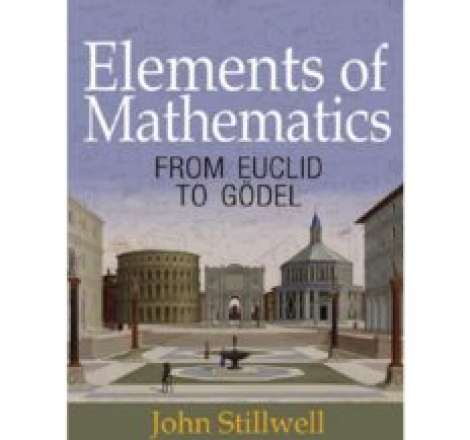 Mathematics
Elements of Mathematics: From Euclid to Gödel 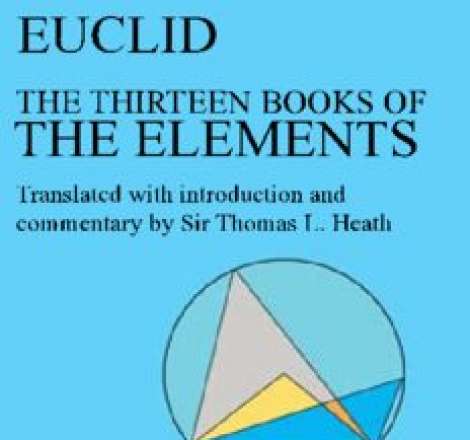 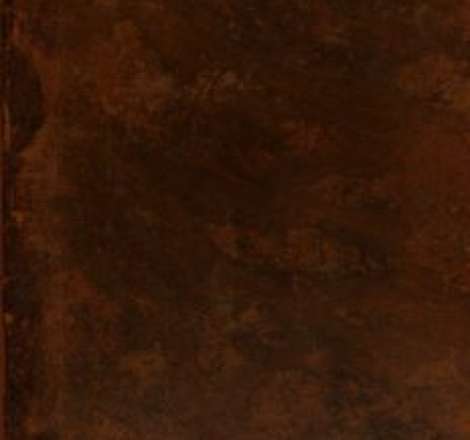 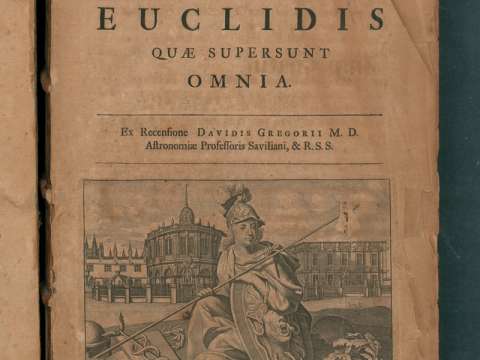 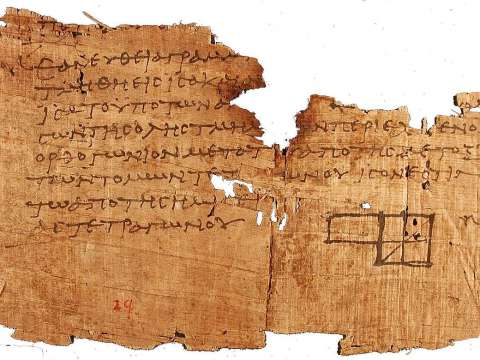 One of the oldest surviving fragments of Euclid's Elements, found at Oxyrhynchus and dated to circa AD 100 (P. Oxy. 29). 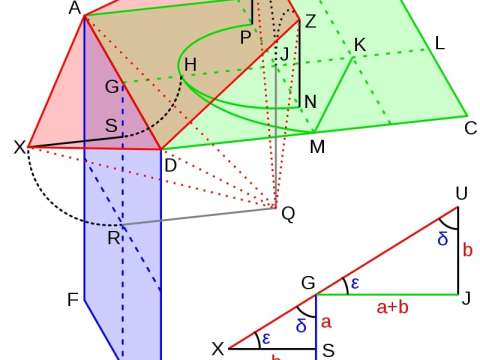 Euclid's construction of a regular dodecahedron. 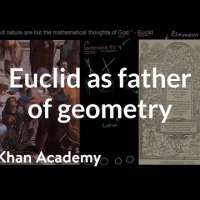 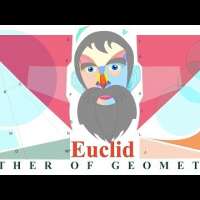 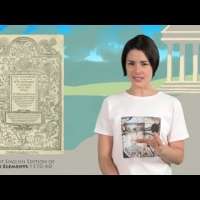 Euclid: Biography of a Great Thinker 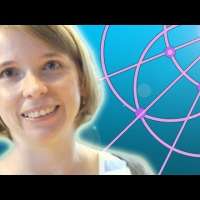 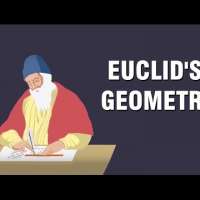 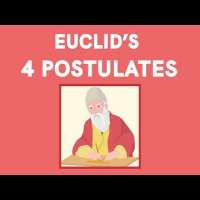 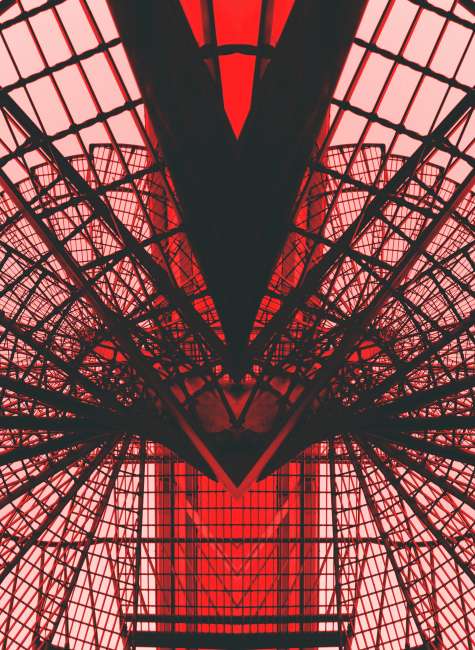 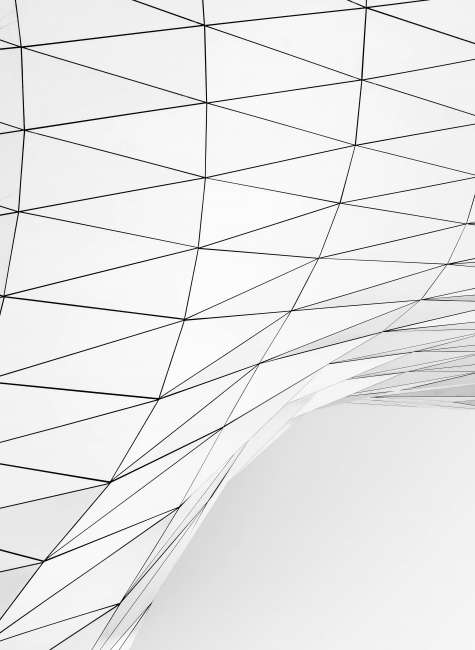 Mathematics
How Euclid once ruled the world
plus.maths.org
0 Comments