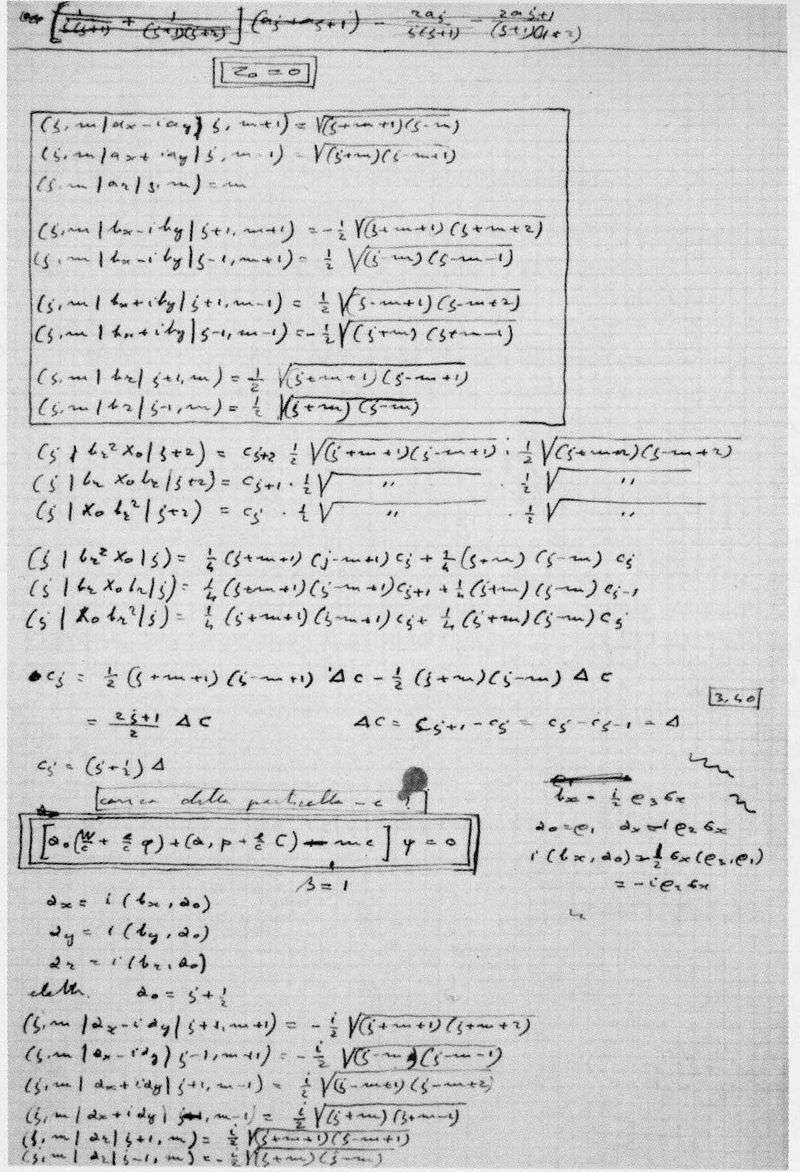 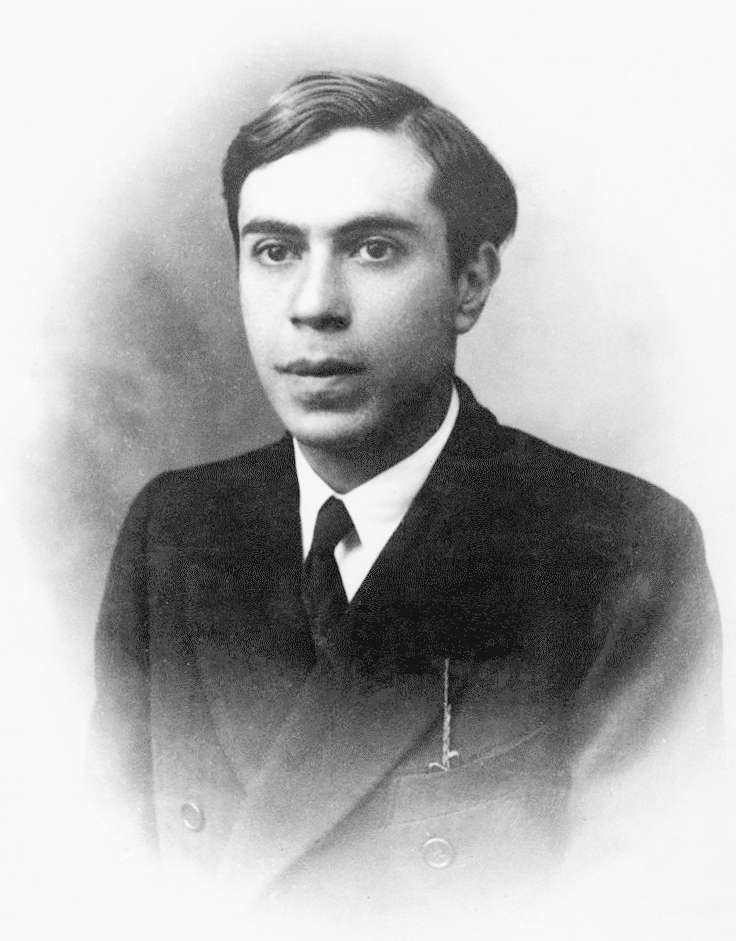 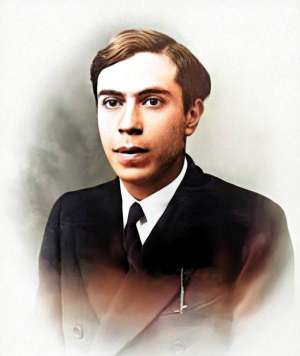 There are several categories of scientists in the world; those of second or third rank do their best but never get very far. Then there is the first rank, those who make important discoveries, fundamental to scientific progress. But then there are the geniuses, like Galilei and Newton. Majorana was one of these.Ettore Majorana was an Italian theoretical physicist who worked on neutrino masses. On 25 March 1938, he disappeared under mysterious circumstances while going by ship from Palermo to Naples. The Majorana equation and Majorana fermions are named after him. In 2006, the Majorana Prize was established in his memory.

Majorana was born in Catania, Sicily. Mathematically gifted, he was very young when he joined Enrico Fermi's team in Rome as one of the "Via Panisperna boys", who took their name from the street address of their laboratory.

He began his university studies in engineering in 1923 but switched to physics in 1928 at the urging of Emilio Segrè.:69–72 Majorana's first papers dealt with problems in atomic spectroscopy.

Majorana's first paper, published in 1928, was written when he was an undergraduate and coauthored by Giovanni Gentile, Jr., a junior professor in the Institute of Physics in Rome. This work was an early quantitative application to atomic spectroscopy of Fermi's statistical model of atomic structure now known as the Thomas–Fermi model, due to its contemporaneous description by Llewellyn Thomas.

In this paper, Majorana and Gentile performed first-principles calculations within the context of this model that gave a good account of experimentally-observed core electron energies of gadolinium and uranium, and of the fine structure splitting of caesium lines observed in optical spectra. In 1931, Majorana published the first paper on the phenomenon of autoionization in atomic spectra, designated by him as "spontaneous ionization"; an independent paper in the same year, published by Allen Shenstone of Princeton University, designated the phenomenon as "auto-ionization", a name first used by Pierre Auger. This name has since become conventional, without the hyphen.

Majorana earned his Laurea in physics at the University of Rome La Sapienza in 1929.

In 1932, he published a paper in the field of atomic spectroscopy concerning the behaviour of aligned atoms in time-varying magnetic fields. This problem, also studied by I.I. Rabi and others, led to an important sub-branch of atomic physics, that of radio-frequency spectroscopy. In the same year, Majorana published his paper on a relativistic theory of particles with arbitrary intrinsic momentum, in which he developed and applied infinite dimensional representations of the Lorentz group, and gave a theoretical basis for the mass spectrum of elementary particles. Like most of Majorana's papers in Italian, it languished in relative obscurity for several decades.

Experiments in 1932 by Irène Joliot-Curie and Frédéric Joliot showed the existence of an unknown particle that they suggested was a gamma ray. Majorana was the first to interpret correctly the experiment as requiring a new particle that had a neutral charge and a mass about the same as the proton; this particle is the neutron. Fermi told him to write an article, but Majorana did not bother. James Chadwick proved the existence of the neutron by experiment later that year, and was awarded the Nobel Prize for this discovery.

Majorana was known for not seeking credit for his discoveries, considering his work to be banal. He wrote only nine papers in his lifetime.

"At Fermi's urging, Majorana left Italy early in 1933 on a grant from the National Research Council. In Leipzig, Germany, he met Werner Heisenberg. In letters he subsequently wrote to Heisenberg, Majorana revealed that he had found in him, not only a scientific colleague, but a warm personal friend.":71 The Nazis had come to power in Germany as Majorana arrived there. He worked on a theory of the nucleus published in German in 1933 which, in its treatment of exchange forces, represented a further development of Heisenberg's theory of the nucleus.

Majorana also travelled to Copenhagen, where he worked with Niels Bohr, another Nobel Prize winner, and a friend and mentor of Heisenberg.

"In the fall of 1933, Majorana returned to Rome in poor health, having developed acute gastritis in Germany and apparently suffering from nervous exhaustion. Put on a strict diet, he grew reclusive and became harsh in his dealings with his family. To his mother, with whom he had previously shared a warm relationship, he had written from Germany that he would not accompany her on their customary summer vacation by the sea. Appearing at the institute less frequently, he soon was scarcely leaving his home; the promising young physicist had become a hermit. For nearly four years he shut himself off from friends and stopped publishing.":71

During these years, in which he published few articles, Majorana wrote many small works on geophysics, electrical engineering, mathematics, and relativity. These unpublished papers, preserved in Domus Galileiana in Pisa, recently have been edited by Erasmo Recami and Salvatore Esposito.

Majorana's last-published paper, in 1937, this time in Italian, was an elaboration of a symmetrical theory of electrons and positrons.

In 1937, Majorana predicted that in the class of particles known as fermions there should be particles that are their own antiparticles. This is the so-called Majorana fermion.

Solution of Majorana's equation yields particles that are their own anti-particle, now referred to as Majorana Fermions. In April 2012, some of what Majorana predicted may have been confirmed in experiments on hybrid semiconductor-superconductor wire devices. These experiments may potentially lead to a better understanding of quantum mechanics and may help build a quantum computer. There has also been speculation that at least some part of the "missing mass" in the universe, which cannot be detected except by inference of its gravitational influences, may be composed of Majorana particles.

Disappearance at sea and suggested explanations

Majorana disappeared in unknown circumstances during a boat trip from Palermo to Naples on 25 March 1938. Despite several investigations, his body was not found and his fate is still uncertain. He had apparently withdrawn all of his money from his bank account prior to making his trip to Palermo. He may have traveled to Palermo hoping to visit his friend Emilio Segrè, a professor at the university there, but Segrè was in California at that time. On the day of his disappearance, Majorana sent the following note to Antonio Carrelli, Director of the Naples Physics Institute:

I made a decision that has become unavoidable. There isn't a bit of selfishness in it, but I realize what trouble my sudden disappearance will cause you and the students. For this as well, I beg your forgiveness, but especially for betraying the trust, the sincere friendship and the sympathy you gave me over the past months.

I ask you to remember me to all those I learned to know and appreciate in your Institute, especially Sciuti: I will keep a fond memory of them all at least until 11 pm tonight, possibly later too.

This was followed rapidly by a telegram cancelling his earlier plans. He apparently bought a ticket from Palermo to Naples and was never seen again.

Several possible explanations for his disappearance have been proposed, including:

The Italian writer Leonardo Sciascia has summarized some of the results of these investigations and these hypotheses, however, some of Sciascia's conclusions were refuted by some of Majorana's former colleagues, including E. Amaldi and E. Segrè.

In March 2011, Italian media reported that the Rome Attorney's Office had announced an inquiry into the statement made by a witness about meeting with Majorana in Buenos Aires in the years after World War II. On 7 June 2011 Italian media reported that the Carabinieri's RIS had analyzed a photograph of a man taken in Argentina in 1955, finding ten points of similarity with Majorana's face.

On 4 February 2015, the Rome Attorney's Office released a statement declaring that Majorana was alive between 1955 and 1959, living in Valencia, Venezuela. These last findings, based on new evidence, made the Office declare the case officially closed, having found no criminal evidence related to his disappearance which probably was a personal choice.

A commemorative book of his nine collected papers, with commentary and English translations, was published by the Italian Physical Society in 2006.

Best Known For: The Italian theoretical physicist was an expert in electrically neutral subatomic particles created in nuclear reactions, but later mysteriously disappeared at sea.
Worked with: Werner Heisenberg
What Do You Think Of That Genius? 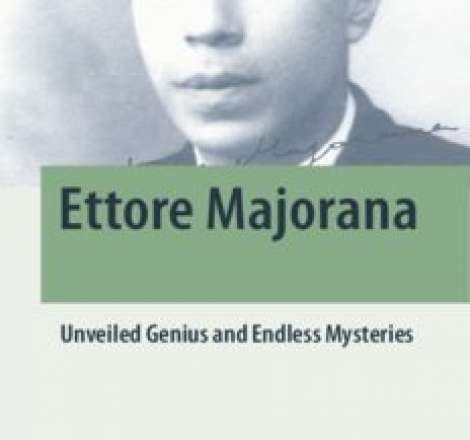 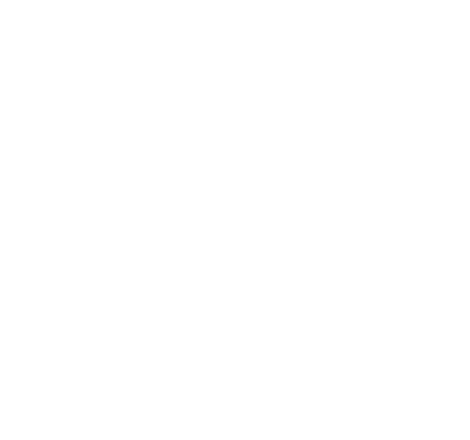 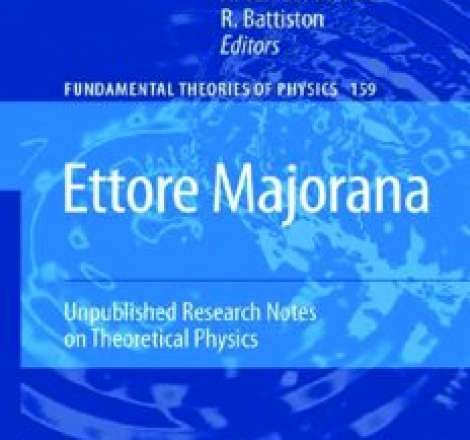 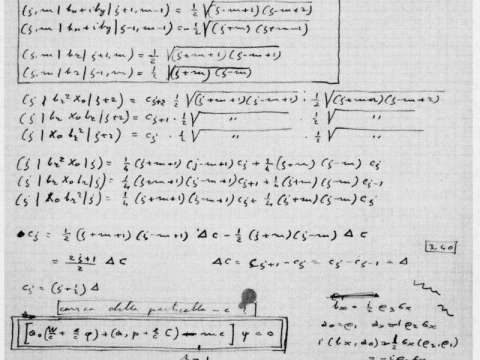 Handwritten notes preparatory to the equation in infinite components 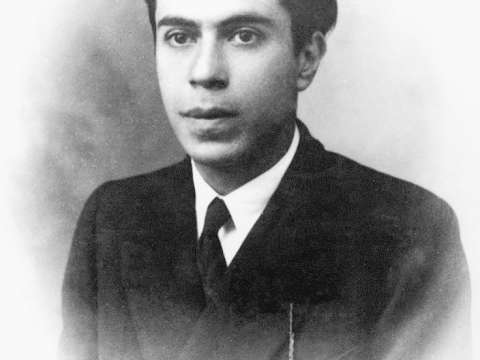 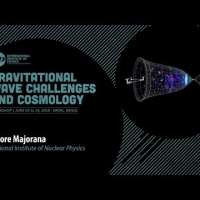 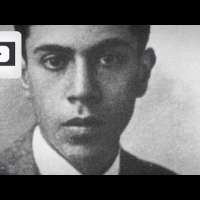 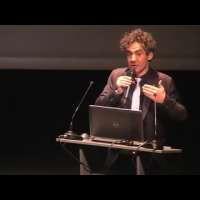 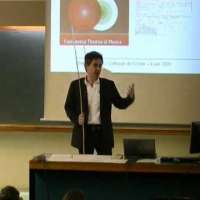 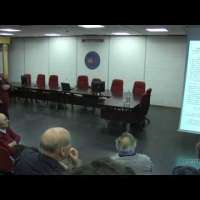 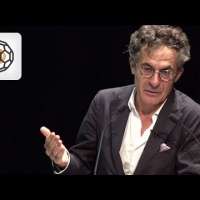 [Conférence] Ettore Majorana et Bruno Pontecorvo : mystères et neutrinos
What Do You Think Of That Genius? 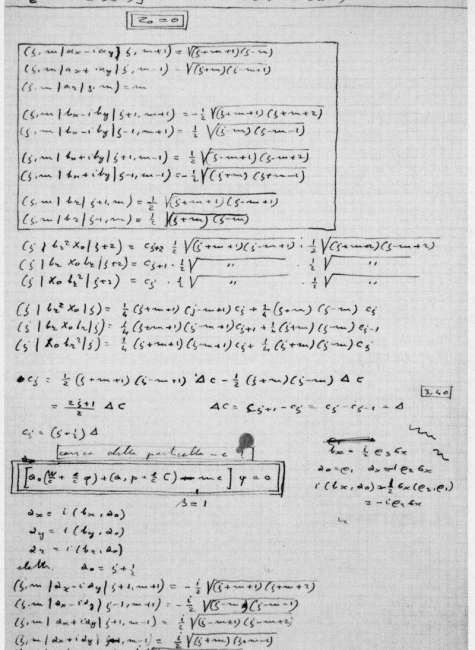 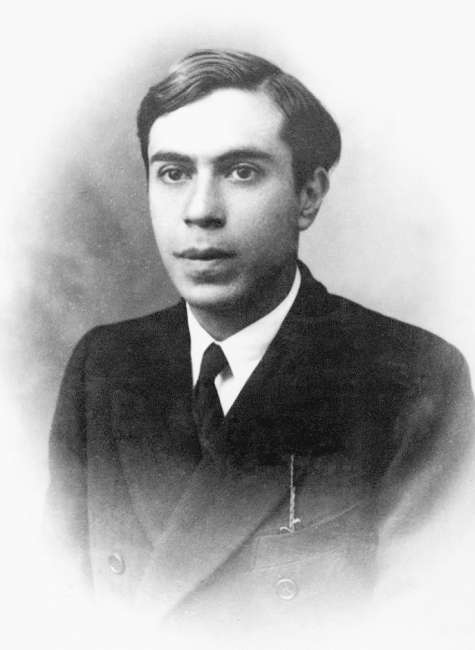