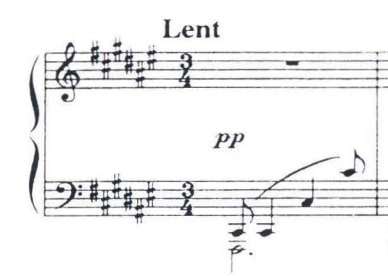 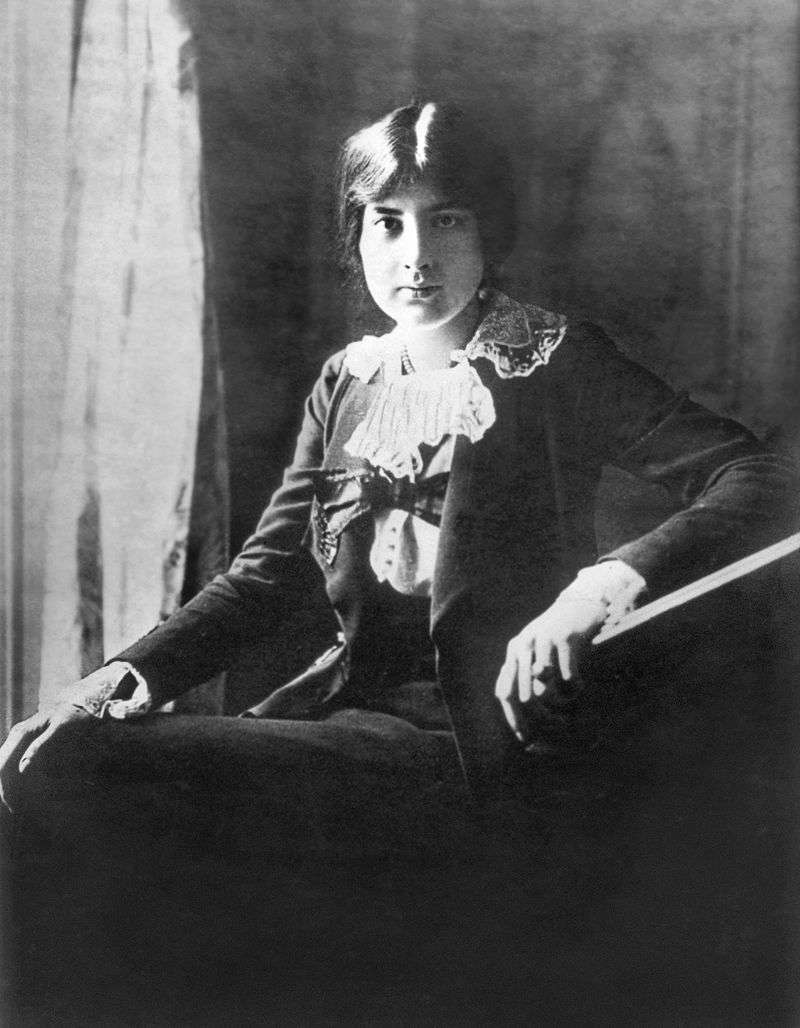 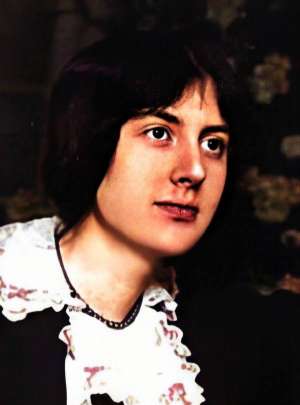 Marie-Juliette Olga "Lili" Boulanger was a French composer, and the first female winner of the Prix de Rome composition prize. Her older sister was the noted composer and composition teacher Nadia Boulanger.

As a Parisian-born child prodigy, Boulanger's talent was apparent at the age of two, when Gabriel Fauré, a friend of the family and later one of Boulanger's teachers, discovered she had perfect pitch. Her parents, both of whom were musicians, encouraged their daughter's musical education. Her mother, Raissa Myshetskaya Mischetzky, was a Russian princess who married her Paris Conservatoire teacher, Ernest Boulanger 1815–1900, who won the Prix de Rome in 1835. Her father was 77 years old when she was born and she became very attached to him. Her grandfather Frédéric Boulanger had been a noted cellist and her grandmother Juliette a singer.

Boulanger accompanied her ten-year-old sister Nadia to classes at the Paris Conservatoire before she was five, shortly thereafter sitting in on classes on music theory and studying organ with Louis Vierne. She also sang and played piano, violin, cello and harp. Her teachers included Marcel Tournier and Alphonse Hasselmans.

In 1912, Boulanger competed in the Prix de Rome but during her performance she collapsed from illness. She returned in 1913 at the age of 19 to win the composition prize for her cantata Faust et Hélène, becoming the first woman to win the prize. The text was written by Eugene Adenis based on Goethe's Faust. The cantata had many performances during her lifetime. Because of the prize, she gained a contract with the publisher Ricordi.

Nadia Boulanger had given up entering after four unsuccessful attempts and focused her efforts upon her sister, who, after studying with her sister, studied with Paul Vidal, Georges Caussade and Gabriel Fauré—the last of whom was greatly impressed by her talents and frequently brought songs for her to read. Boulanger was greatly affected by the 1900 death of her father; many of her works touch on themes of grief and loss. Her work was noted for its colorful harmony and instrumentation and skillful text setting. Aspects of Fauré and Claude Debussy can be heard in her compositions, and Arthur Honegger was influenced by her innovative work.

She suffered from chronic illness, beginning with a case of bronchial pneumonia at age two that weakened her immune system, leading to the "intestinal tuberculosis" that ended her life at the age of 24. Although she loved to travel and completed several works in Italy after winning the Prix de Rome, her failing health forced her to return home, where she and her sister organised efforts to support French soldiers during World War I. Her last years were also a productive time musically as she labored to complete works. Her death left unfinished the opera La princesse Maleine on which she had spent most of her last years.

Boulanger died in Mézy-sur-Seine and was buried in a tomb in the Cimetière de Montmartre, located in the southwest corner of section 33 close to the intersection of Avenue Saint-Charles and Chemin Billaud. In 1979, her sister Nadia Boulanger was buried in the same tomb. It also contains the remains of their parents.

Les sirènes 1911 is written for solo soprano and three part choir. The topic, mermaids, uses a text by Charles Grandmougin. This work was first premiered at one of her mother's exclusive musical gatherings. Auguste Mangeot, a critic from the Paris music journal Le Monde Musicale, reported that everyone liked the piece so well it had to be repeated. Boulanger used this piece as a preparation for the Prix de Rome competition, and from it one can see her firm grounding in the classical technique taught at the Conservatoire. She uses this technique as a starting point and employs many devices popular at that time to create a personal and clear statement.

The poetry of this selection deals with the mythological siren, a creature that sings to seduce sailors to steer closer; when they do, the sirens devour the men. Boulanger depicts this scene as vividly as she possibly can. She uses a pedal tone on F♯ combined with ascending C♯ octaves at the beginning to portray the mesmerizing effect of the sirens. She uses this effect for twenty-eight measures, in effect, lulling listeners into a trance-like sleep.

The work is dedicated to Madame Jane Engel Bathori. Bathori, a soprano, was known for her concert organisation, and supported many new artists and composers.

She composed Psalm 24, entitled La terre appartient à l'Eternel "The earth is the Lord's", in 1916 while she was resident in Rome. The work is dedicated to Monsieur Jules Griset, who was the director of Choral Guillot de Saint-Brice. Durand published the work in 1924. The work is scored for choir consisting of soprano, alto, tenor and bass, accompanied by organ and brass ensemble consisting of 4 horns, 3 trumpets, 4 trombones, 1 tuba, timpani and 2 harps. Boulanger's score uses brass fanfares and homophonic choral passages: the contrast of sections contrast to the style of her 1912 Prix de Rome winning cantata, Faust et Hélène, as heard in Yan Pascal Tortelier's recording.

Psalm 129 was also composed in 1916 in Rome. This psalm is much longer than Psalm 24 and is composed for full orchestra. The premiere performance was held at the Salle Pleyel in 1921, conducted by Henri Busser.

Du fond de l'abîme Psalm 130: De Profundis / "Out of the depths", composed for voice and orchestra, is dedicated to the memory of her father, as noted at the top of the score. The work, completed when Boulanger was aged only twenty-two, sounds mature and conveys a developed compositional style. Boulanger's psalms convey her Catholic faith. It has been suggested that the work was composed in reaction to World War I. The work is for a large orchestra including a sarrusophone.

Lili Boulanger finished this Pie Jesu 1918 towards the end of her life, but "the first of Lili Boulanger's sketches for the Pie Jesu are to be found in a composition book she used between 1909 and 1913." As noted by her sister, Nadia, she dictated the work to her. Scholars such as biographer Léonie Rosenstiel and Olivia Mattis speculate that Boulanger intended to write a complete Requiem Mass but did not live to complete it. Scored for high voice, string quartet, harp and organ, Boulanger's setting is sparse. Pie Jesu is the only surviving Boulanger text setting that uses an explicitly Christian text.

This work, "Old Buddhist Prayer", is written for tenor and chorus soprano, alto, tenor and bass, accompanied by a large orchestra consisting of: 2 flutes, 2 oboes, English horn, 2 clarinets B♭, bass clarinet B♭, 2 bassoons, sarrusophone + 4 horns F, 3 trumpets, 4 trombones, tuba + tympani, cymbals, bass drum + celesta + 2 harps, strings. Composed during 1914–1917, as many of her works, it was not performed until after World War I, in 1921. This work is not based within Catholicism, as her psalms were. Rather, it sets a Buddhist daily prayer. James Briscoe notes that this work shows similarities to Stravinsky but also to the next generation.

This instrumental work was the last Boulanger was able to compose by her own hand, without help in writing.

This symphonic poem is one of the last pieces Lili Boulanger completed. Different arrangements were produced including a version for violin, for flute, and for piano, another for piano trio, and another for orchestra. Although she finished both these instrumental works, her sister Nadia reportedly edited the works to add dynamics and performance directions.

In March 1939, Nadia Boulanger with the help of American friends created the Lili Boulanger Memorial Fund. It has two objectives: to perpetuate Lili Boulanger's music and memory and financially support talented musicians. The Lili Boulanger Memorial Fund does not accept applications for its annual competition but a list of candidates is produced by a group of nominators selected each year by the Board of Trustees. Each nominator can then propose a candidate for the prize. The Fund then awards the Prix Lili Boulanger to one of these candidates. The University of Massachusetts Boston curates the fund. Previous winners have included Alexei Haieff 1942, Noël Lee 1953, Wojciech Kilar 1960, Robert D. Levin 1966, 1971 and Andy Akiho 2015.

In April 1965, the Friends of Lili Boulanger Association was created in Paris. This organization became the Nadia and Lili Boulanger International Centre CNLB in 2009.

The asteroid 1181 Lilith was named in honour of Boulanger. 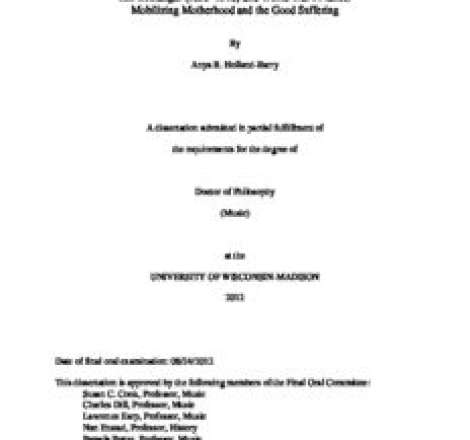 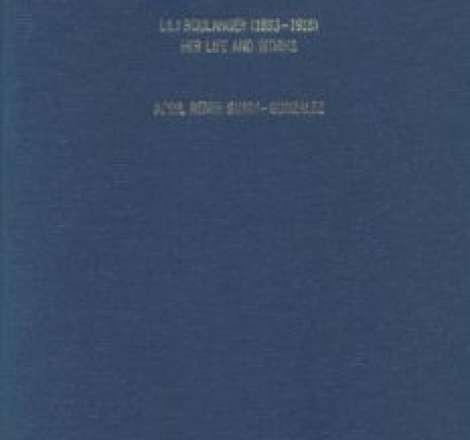 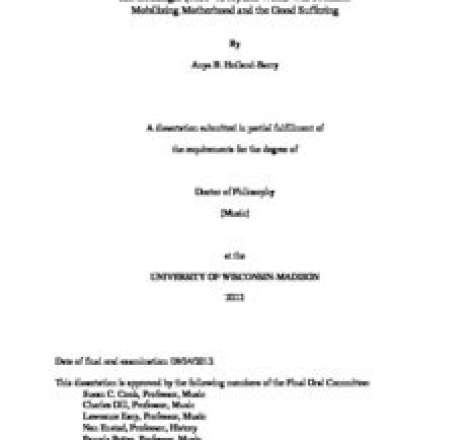 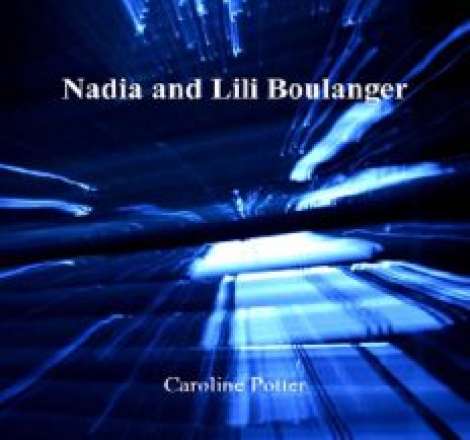 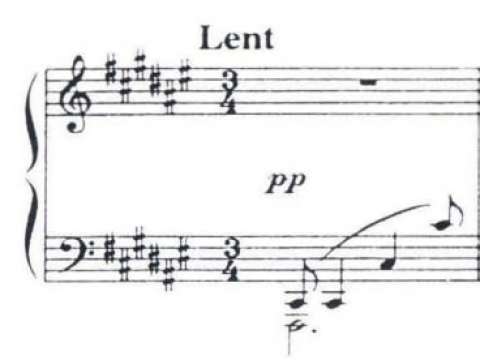 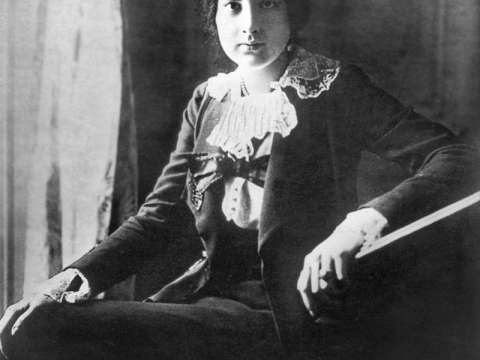 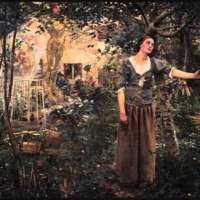 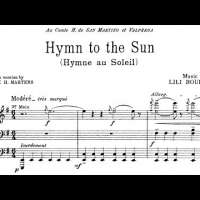 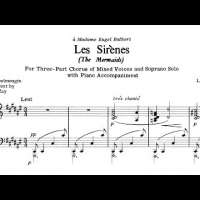 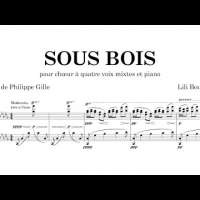 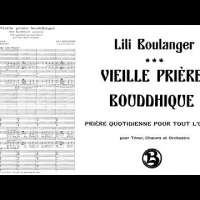 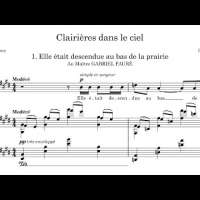 Lili Boulanger - Clairières dans le ciel (1914)
What Do You Think Of That Genius? 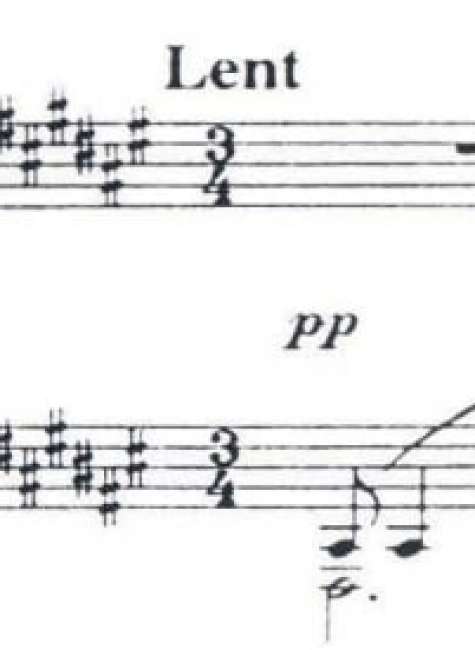 Music
Ever heard the music of Lili Boulanger, one of the 20th century’s most exciting composers?
www.classicfm.com
0 Comments 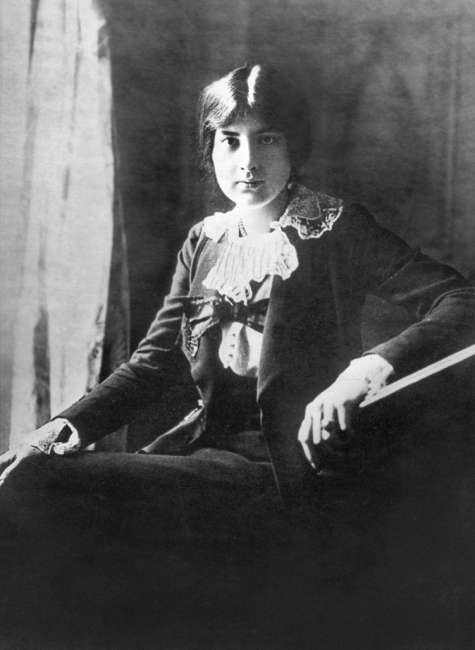 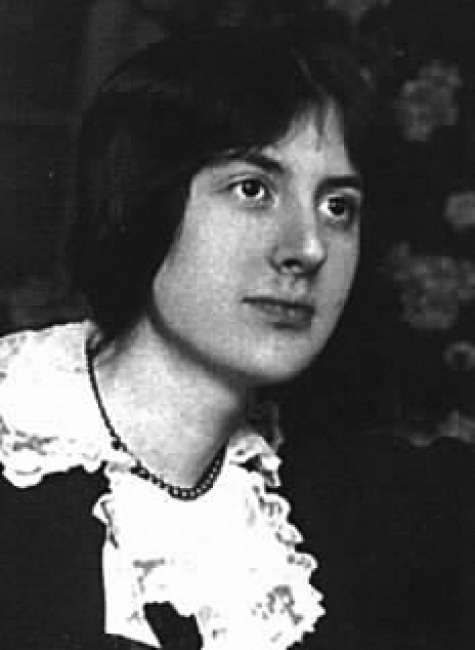 Music
It’s Time We All Heard the Music of Lili Boulanger
www.vulture.com
0 Comments