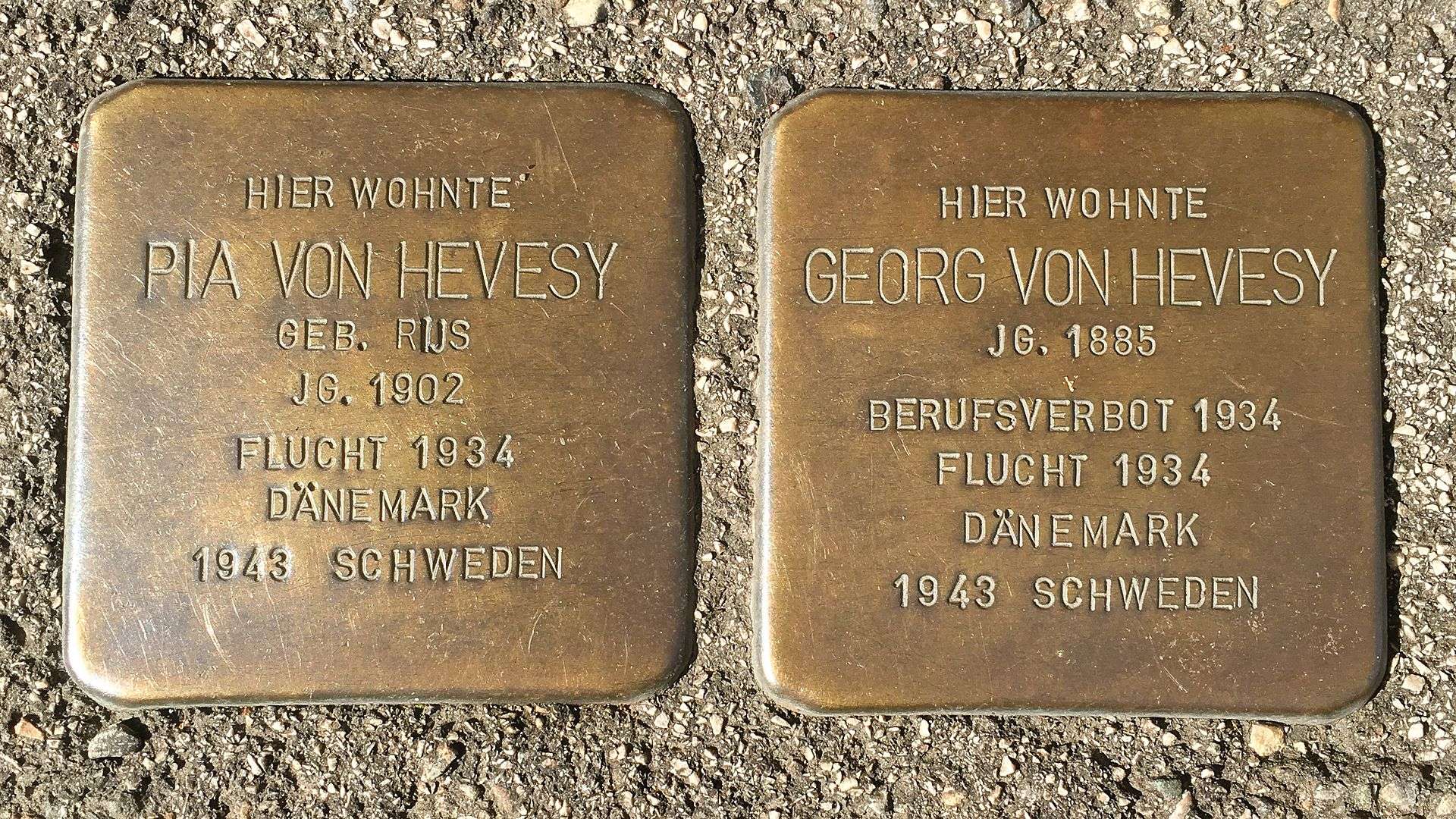 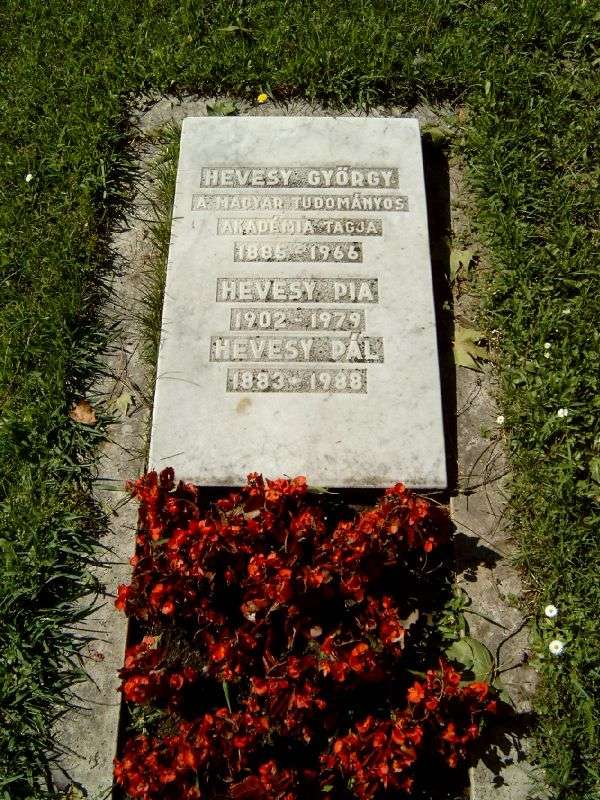 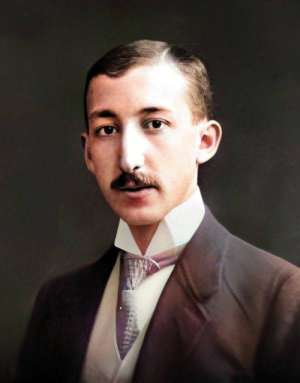 George Charles de Hevesy was a Hungarian radiochemist and Nobel Prize in Chemistry laureate, recognized in 1943 for his key role in the development of radioactive tracers to study chemical processes such as in the metabolism of animals. He also co-discovered the element hafnium.

Hevesy György was born in Budapest, Hungary to a wealthy and ennobled family of Hungarian-Jewish descent, the fifth of eight children to his parents Lajos Bischitz and Baroness Eugénia Jenny Schossberger ennobled as "De Tornya". Grandparents from both sides of the family had provided the presidents of the Jewish community of Pest. His parents converted to Roman Catholicism. George grew up in Budapest and graduated high school in 1903 from Piarista Gimnázium. The family's name in 1904 was Hevesy-Bischitz, and Hevesy later changed his own.

De Hevesy began his studies in chemistry at the University of Budapest for one year, and at the Technical University of Berlin for several months, but transferred to the University of Freiburg. There he met Ludwig Gattermann. In 1906 he started his Ph.D. thesis with Georg Franz Julius Meyer, acquiring his doctorate in physics in 1908. In 1908 Hevesy was offered a position at the ETH Zürich, Switzerland, yet being independently wealthy, he was able to choose his research environment. In succession he worked with Fritz Haber in Karlsruhe, Germany, then with Ernest Rutherford in Manchester, England, where he also met Niels Bohr. Back at home in Budapest he was appointed professor in physical chemistry in 1918. In 1920 he settled in Copenhagen.

In 1922 de Hevesy co-discovered with Dirk Coster the element hafnium 72Hf Latin Hafnia for "Copenhagen", the home town of Niels Bohr. Mendeleev's 1869 periodic table arranged the chemical elements into a logical system, but a chemical element with 72 protons was missing. Hevesy determined to look for that element on the basis of Bohr's atomic model. The mineralogical museum of Norway and Greenland in Copenhagen furnished the material for the research. Characteristic X-ray spectra recordings made of the sample indicated that a new element was present. The accepted account has been disputed by Mansel Davies and Eric Scerri who attribute the prediction that element 72 would be a transition element to the chemist Charles Bury.

Supported financially by the Rockefeller Foundation, Hevesy had a very productive year. He developed the X-ray fluorescence analytical method, and discovered the samarium alpha-ray. It was here he began the use of radioactive isotopes in studying the metabolic processes of plants and animals, by tracing chemicals in the body by replacing part of stable isotopes with small quantities of the radioactive isotopes. In 1923, Hevesy published the first study on the use of the naturally radioactive 212Pb as radioactive tracer to follow the absorption and translocation in the roots, stems and leaves of Vicia faba, also known as the broad bean. Later, in 1943, the work on radioactive tracing would earn Hevesy the Nobel Prize in Chemistry.

In 1924 Hevesy returned to Freiburg as Professor of Physical Chemistry, and in 1930 went to Cornell University, Ithaca as Baker Lecturer. Four years later he resumed his activities at Niels Bohr's Institute, based there through 1952. During 1943 he was domiciled in Stockholm and was an Associate of the Institute of Research in Organic Chemistry. In 1949 he was elected Franqui Professor in the University of Ghent. In his retirement, he remained an active scientific associate of the University of Stockholm. Hevesy was offered and accepted a job from the University of Freiburg.

World War II and beyond

When Nazi Germany occupied Denmark during World War II, de Hevesy dissolved the gold Nobel Prize medals of Max von Laue and James Franck in aqua regia. During the occupation, it was illegal to send gold out of the country. If Laue and Franck had done so to protect the medals from being stolen, they could have faced prosecution by the Nazis. De Hevesy placed the resulting solution on a shelf in his laboratory at the Niels Bohr Institute. After the war, he returned to find the solution undisturbed and precipitated the gold out of the acid. The Nobel Society then recast the Nobel Prize medals using the original gold.

By 1943 Copenhagen was no longer safe for a Jewish scientist and de Hevesy fled to Sweden, where he worked at the Stockholm University College until 1961. In Stockholm de Hevesy was received at the department of chemistry by the Swedish professor and Nobel Prize winner Hans von Euler-Chelpin, who remained strongly pro-German throughout the war. Despite this, de Hevesy and von Euler-Chelpin collaborated on many scientific papers during and after the war.

While he was in Stockholm, de Hevesy received the Nobel Prize in chemistry. He was later inducted into the Royal Society and received the Copley Medal, of which he was particularly proud. De Hevesy stated: "The public thinks the Nobel Prize in chemistry for the highest honor that a scientist can receive, but it is not so. Forty or fifty received Nobel chemistry prizes, but only ten foreign members of the Royal Society and two Bohr and Hevesy received a medal-Copley." George de Hevesy was elected a foreign member of the Royal Swedish Academy of Sciences in 1942, and his status was later changed to Swedish member. He received the Atoms for Peace Award in 1958 for his peaceful use of radioactive isotopes.

De Hevesy married Pia Riis in 1924. They had one son and three daughters together, one of whom Eugenie married a grandson of the Swedish Nobel laureate Svante Arrhenius. De Hevesy died in 1966 at the age of eighty and was buried in Freiburg. In 2000, his corpse was transferred to the Kerepesi Cemetery in Budapest, Hungary. He had published a total of 397 scientific documents, one of which was the Becquerel-Curie Memorial Lecture, in which he had reminisced about the careers of pioneers of radiochemistry. At his family's request, his ashes were interred at his birthplace in Budapest on 19 April 2001.

On 10 May 2005 the Hevesy Laboratory was founded at Risø National Laboratory for Sustainable Energy, now Technical University of Denmark, DTU Nutech. It was named after George de Hevesy as the father of the isotope tracer principle by the initiative of the lab's first head Prof. Mikael Jensen. 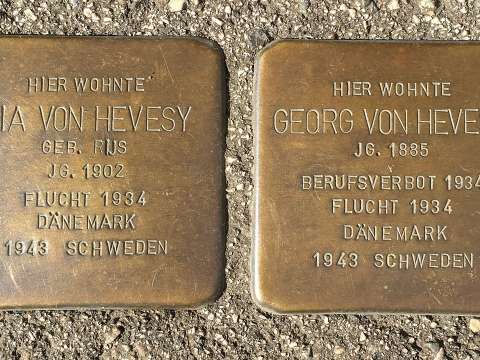 Stolpersteine for Georg and his wife Pia de Hevesy 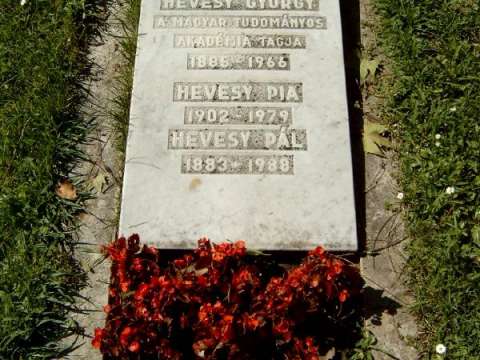 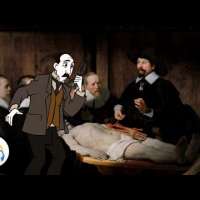 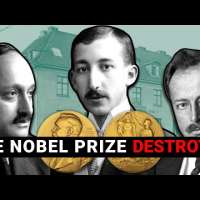 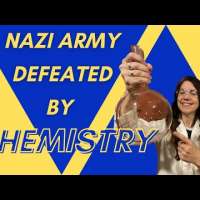 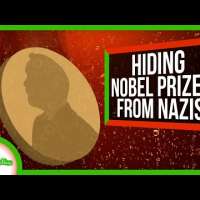 Hiding a Nobel Prize From the Nazis 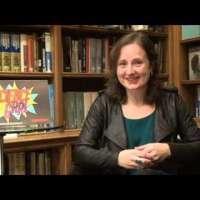 Who is Heather Williams' favourite chemist? 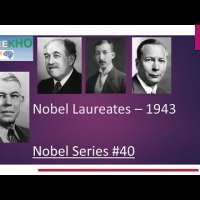 Nobel Prize Winners of 1943
What Do You Think Of That Genius? 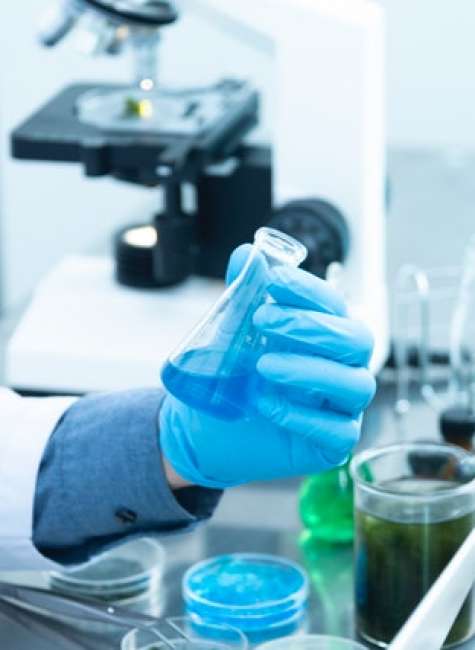