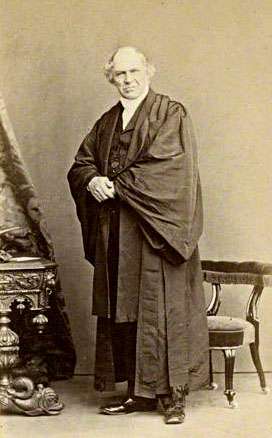 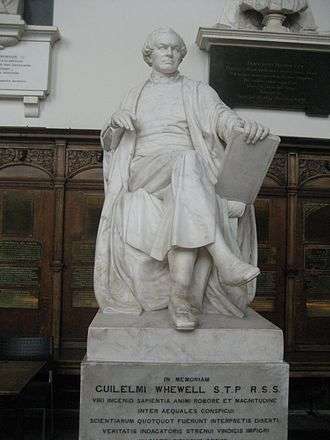 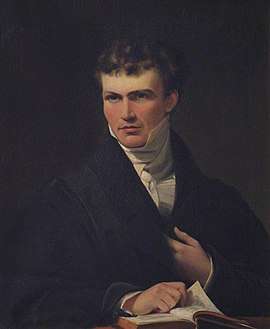 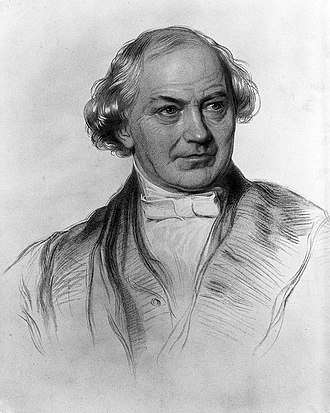 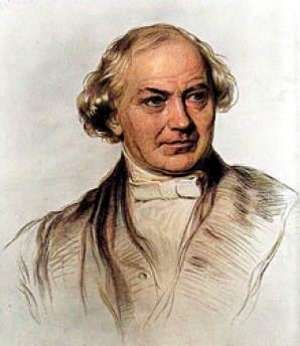 Every failure is a step to success.

Rev Dr William Whewell was an English polymath, scientist, Anglican priest, philosopher, theologian, and historian of science. He was Master of Trinity College, Cambridge. In his time as a student there, he achieved distinction in both poetry and mathematics.

What is most often remarked about Whewell is the breadth of his endeavours. In a time of increasing specialization, Whewell appears a throwback to an earlier era when natural philosophers dabbled in a bit of everything. He published work in the disciplines of mechanics, physics, geology, astronomy, and economics, while also finding the time to compose poetry, author a Bridgewater Treatise, translate the works of Goethe, and write sermons and theological tracts. In mathematics, Whewell introduced what is now called the Whewell equation, an equation defining the shape of a curve without reference to an arbitrarily chosen coordinate system. He also organized thousands of volunteers internationally to study ocean tides, in what is now considered one of the first citizen science projects. He received the Royal Medal for this work in 1837.

One of Whewell's greatest gifts to science was his wordsmithing. He often corresponded with many in his field and helped them come up with new terms for their discoveries. Whewell coined the terms scientist, physicist, linguistics, consilience, catastrophism, uniformitarianism, and astigmatism amongst others; Whewell suggested the terms electrode, ion, dielectric, anode, and cathode to Michael Faraday.

Whewell died in Cambridge in 1866 as a result of a fall from his horse.

Whewell was born in Lancaster, the son of John Whewell and his wife, Elizabeth Bennison. His father was a master carpenter, and wished him to follow his trade, but William's success in mathematics at Lancaster Royal Grammar School and Heversham grammar school won him an exhibition a type of scholarship at Trinity College, Cambridge 1812. In 1814 he was awarded the Chancellor's Gold Medal for poetry. He was Second Wrangler in 1816, President of the Cambridge Union Society in 1817, became fellow and tutor of his college, and, in 1841, succeeded Christopher Wordsworth as master. He was professor of mineralogy from 1828 to 1832 and Knightbridge Professor of Philosophy then called "moral theology and casuistical divinity" from 1838 to 1855.

Whewell married, firstly, in 1841, Cordelia Marshall, daughter of John Marshall; she died in 1855. In 1858 he married again, to Everina Frances née Ellis, widow of Sir Gilbert Affleck, 5th Baronet who had died in 1865. Whewell died in Cambridge in 1866 as a result of a fall from his horse.; he is buried in the chapel of Trinity College, Cambridge, whilst his wives are buried together in the Mill Road Cemetery, Cambridge. A window dedicated to Lady Affleck, his second wife, was installed in her memory in the chancel of All Saints' Church, Cambridge and made by Morris & Co.

History and development of science

In 1826 and 1828, Whewell was engaged with George Airy in conducting experiments in Dolcoath mine in order to determine the density of the earth. Their united labours were unsuccessful, and Whewell did little more in the way of experimental science. He was the author, however, of an Essay on Mineralogical Classification, published in 1828, and contributed various memoirs on the tides to the Philosophical Transactions of the Royal Society between 1833 and 1850.

His best-known works are two voluminous books which attempt to systematize the development of the sciences, History of the Inductive Sciences 1837 and The Philosophy of the Inductive Sciences, Founded Upon Their History 1840, 1847, 1858–60. While the History traced how each branch of the sciences had evolved since antiquity, Whewell viewed the Philosophy as the "Moral" of the previous work as it sought to extract a universal theory of knowledge through history.

In the latter, he attempted to follow Francis Bacon's plan for discovery. He examined ideas "explication of conceptions" and by the "colligation of facts" endeavoured to unite these ideas with the facts and so construct science. This colligation is an "act of thought", a mental operation consisting in bringing together a number of empirical facts by "superinducing" upon them a conception which unites the facts and renders them capable of being expressed in general laws. Whewell refers to as an example Kepler and the discovery of the elliptical orbit: the orbit's points were colligated by the conception of the ellipse, not by the discovery of new facts. These conceptions are not "innate" as in Kant, but being the fruits of the "progress of scientific thought history are unfolded in clearness and distinctness".

Here, as in his ethical doctrine, Whewell was moved by opposition to contemporary English empiricism. Following Immanuel Kant, he asserted against John Stuart Mill the a priori nature of necessary truth, and by his rules for the construction of conceptions he dispensed with the inductive methods of Mill. Yet, according to Laura J. Snyder, "surprisingly, the received view of Whewell's methodology in the 20th century has tended to describe him as an anti-inductivist in the Popperian mold, that is it is claimed that Whewell endorses a 'conjectures and refutations' view of scientific discovery. Whewell explicitly rejects the hypothetico-deductive claim that hypotheses discovered by non-rational guesswork can be confirmed by consequentialist testing. Whewell explained that new hypotheses are 'collected from the facts' Philosophy of Inductive Sciences, 1849, 17". In sum, the scientific discovery is partly empirical and partly rational process; the "discovery of the conceptions is neither guesswork, nor merely a matter of observations", we infer more than we see.

One of Whewell's greatest gifts to science was his wordsmithing. He often corresponded with many in his field and helped them come up with new terms for their discoveries. In fact, Whewell came up with the term scientist itself in 1833, and it was first published in Whewell's anonymous 1834 review of Mary Somerville's On the Connexion of the Physical Sciences published in the Quarterly Review. They had previously been known as "natural philosophers" or "men of science".

Whewell was prominent not only in scientific research and philosophy, but also in university and college administration. His first work, An Elementary Treatise on Mechanics 1819, cooperated with those of George Peacock and John Herschel in reforming the Cambridge method of mathematical teaching. His work and publications also helped influence the recognition of the moral and natural sciences as an integral part of the Cambridge curriculum.

In general, however, especially in later years, he opposed reform: he defended the tutorial system, and in a controversy with Connop Thirlwall 1834, opposed the admission of Dissenters; he upheld the clerical fellowship system, the privileged class of "fellow-commoners," and the authority of heads of colleges in university affairs.

He opposed the appointment of the University Commission 1850, and wrote two pamphlets Remarks against the reform of the university 1855. He stood against the scheme of entrusting elections to the members of the senate and instead, advocated the use of college funds and the subvention of scientific and professorial work.

He was elected Master of Trinity College, Cambridge in 1841, and retained that position until his death in 1866.

The Whewell Professorship of International Law and the Whewell Scholarships were established through the provisions of his will.

Aside from Science, Whewell was also interested in the history of architecture throughout his life. He is best known for his writings on Gothic architecture, specifically his book, Architectural Notes on German Churches first published in 1830. In this work, Whewell established a strict nomenclature for German Gothic churches and came up with a theory of stylistic development. His work is associated with the "scientific trend" of architectural writers, along with Thomas Rickman and Robert Willis.

He paid from his own resources for the construction of two new courts of rooms at Trinity College, Cambridge, built in a Gothic style. The two courts were completed in 1860 and posthumously in 1868, and are now collectively named Whewell's Court in the singular.

Whewell's works in philosophy and morals

Between 1835 and 1861 Whewell produced various works on the philosophy of morals and politics, the chief of which, Elements of Morality, including Polity, was published in 1845. The peculiarity of this work—written from what is known as the intuitional point of view—is its fivefold division of the springs of action and of their objects, of the primary and universal rights of man personal security, property, contract, family rights and government, and of the cardinal virtues benevolence, justice, truth, purity and order.

Among Whewell's other works—too numerous to mention—were popular writings such as the third Bridgewater Treatise Astronomy and General Physics considered with reference to Natural Theology 1833, and the essay, Of the Plurality of Worlds 1853, in which he argued against the probability of life on other planets, and also the Platonic Dialogues for English Readers 1850–1861, the Lectures on the History of Moral Philosophy in England 1852, the essay, Of a Liberal Education in General, with particular reference to the Leading Studies of the University of Cambridge 1845, the important edition and abridged translation of Hugo Grotius, De jure belli ac pacis 1853, and the edition of the Mathematical Works of Isaac Barrow 1860.

Whewell was one of the Cambridge dons whom Charles Darwin met during his education there, and when Darwin returned from the Beagle voyage he was directly influenced by Whewell, who persuaded Darwin to become secretary of the Geological Society of London. The title pages of On the Origin of Species open with a quotation from Whewell's Bridgewater Treatise about science founded on a natural theology of a creator establishing laws:

But with regard to the material world, we can at least go so far as this—we can perceive that events are brought about not by insulated interpositions of Divine power, exerted in each particular case, but by the establishment of general laws.

In the 1857 novel Barchester Towers Charlotte Stanhope uses the topic of the theological arguments, concerning the possibility of intelligent life on other planets, between Whewell and David Brewster in an attempt to start up conversation between her impecunious brother and the wealthy young widow Eleanor Bold. 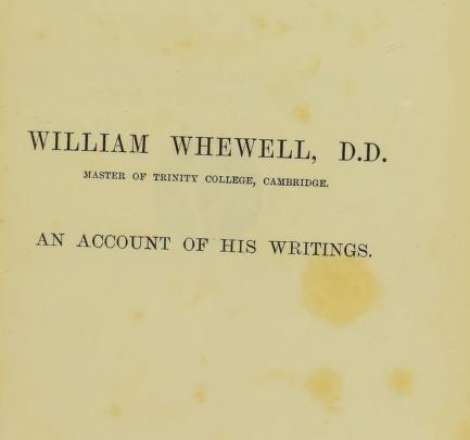 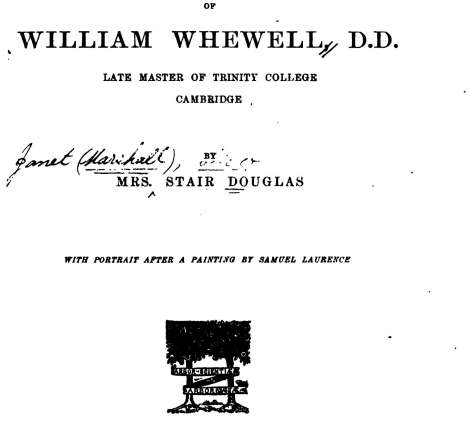 Science
The Life and Selections from the Correspondence of William Whewell 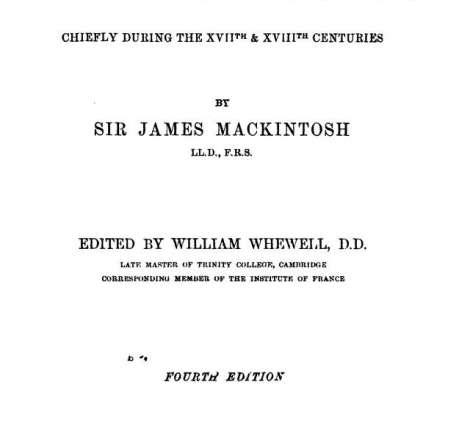 Science
On The Progress Of Ethical Philosophy 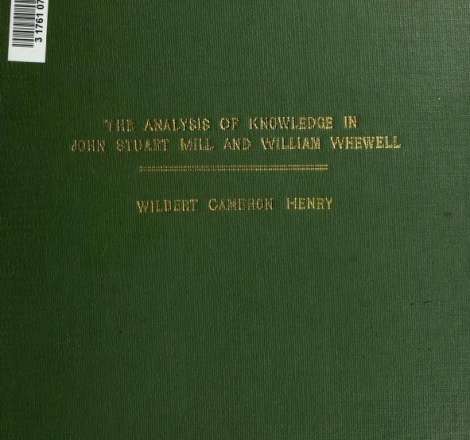 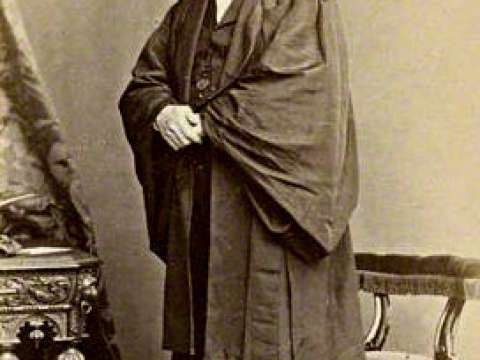 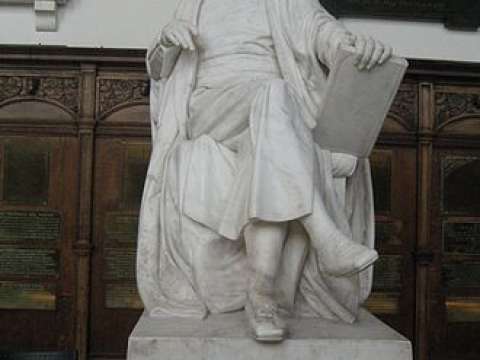 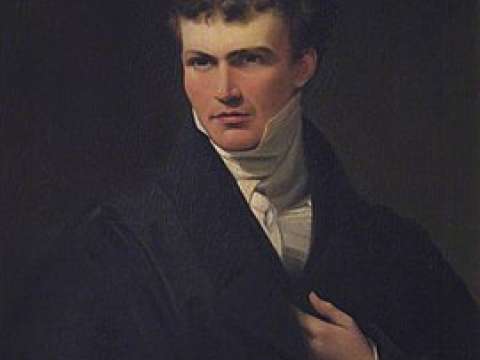 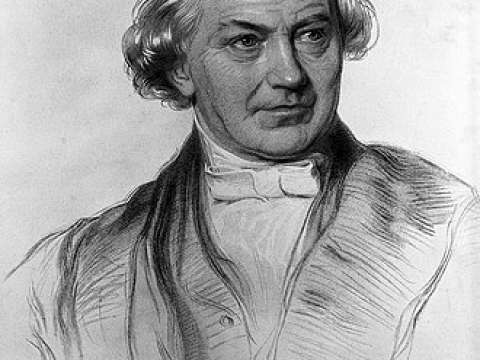 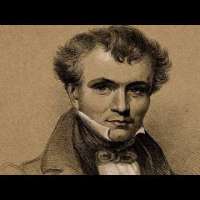 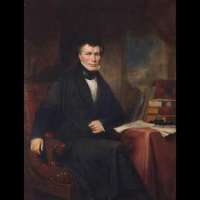 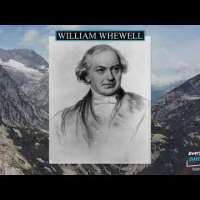 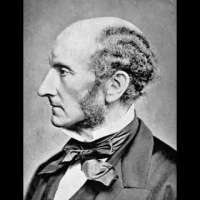 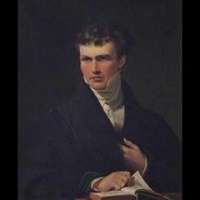 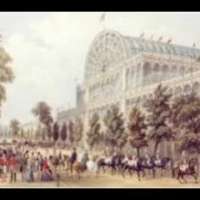 Supplemental-William Whewell on the General Bearing of the Great Exhibition
What Do You Think Of That Genius? 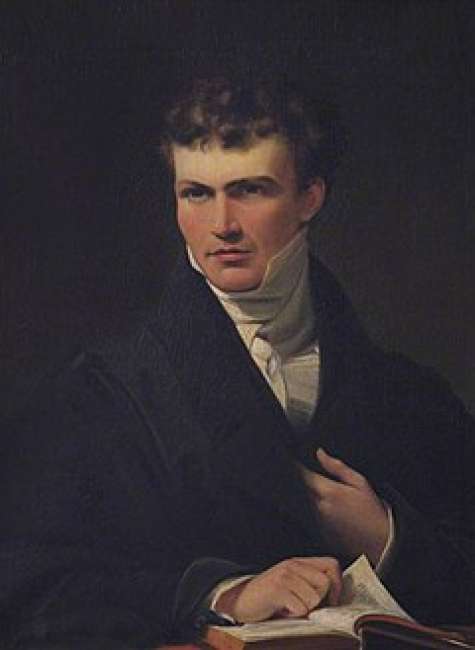 Science
The Life, and Selections from the Correspondence, of William Whewell, D.D., late Master of Trinity College, Cambridge
www.nature.com
0 Comments 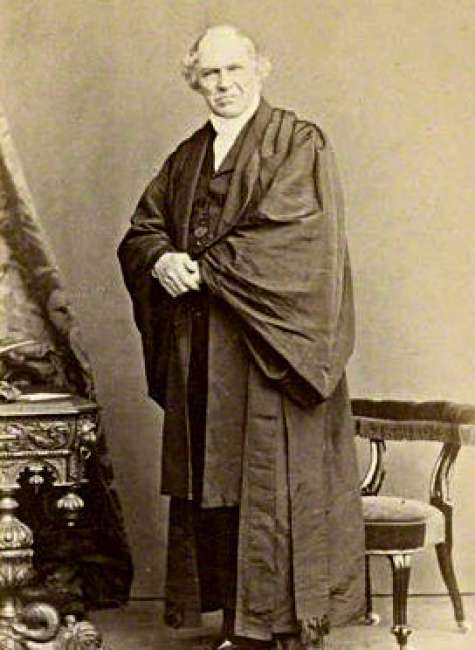