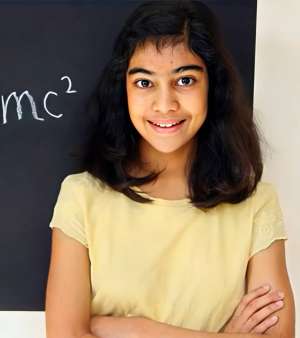 Lydia Sebastian is an english girl that has achieved the highest possible score of 162 on a Mensa IQ test. by doing so, she was famed as one that topped the alleged IQ score of Albert Einstein and Stephen Hawking.

Child prodigies are an astonishing phenomenon that triggers and interest us tremendously. Therefore, It is not a wonder that Lydia Sebastian, from Langham, Essex, England, drown so much attention while getting into the distinguished 1% of the world elite IQ society.

Lydia's father, Arun Sebastian, is often quoted saying his daughter started reading at a very young age. This love for reading cought her hunger while she read the Harry Potter book series, whom she red more than three times before the age of seven.

Lidia also learned to play the violin at the age of 4, and was able to talk in just six months. This talent of her gave bright hints of her being a child prodigy at an early age. Her Journey was establishing herself as a child prodigy started when she took the Mensa IQ test.

Lydia's love for literature is only second to her love for mathematics, for which she won a prize when she was at primary school.

Getting the maximum score in the Mensa IQ test is rare. Only 1% from all people who took the test score this high. Mensa, by the way, is a high IQ society, provides a forum for intellectual exchange among its members.

Started Speaking At: 6 months
Best Known For: started speaking when she was just six months old and at the age of four, she started playing the violin.
Fulfilled his Potential: On the Making
Father’s Name: Arun Sebastian
Father’s Occupation: Radiologist at Colchester general hospital
Mother’s Name: Erika Kottiath
Mother’s Occupation: Associate director at Barclays Bank
Resident Of: England
Citizen Of: United Kingdom, England
What Do You Think Of That Genius?