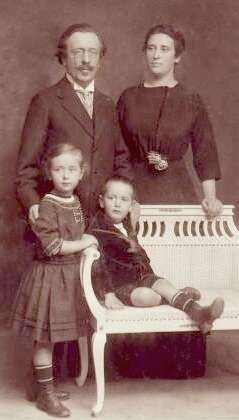 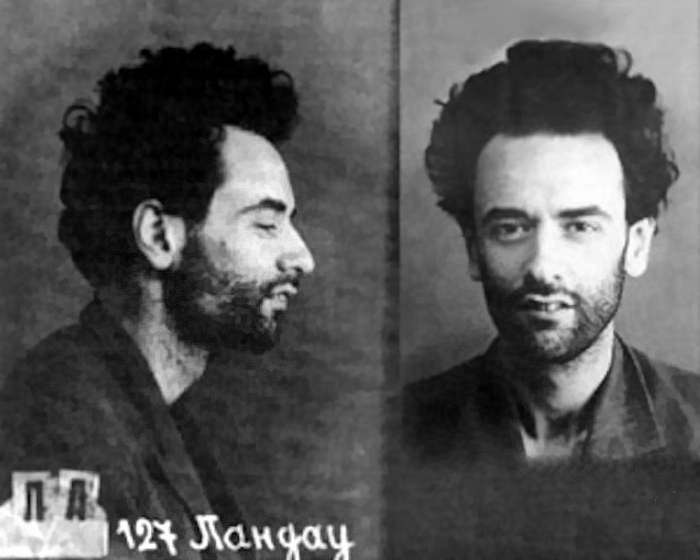 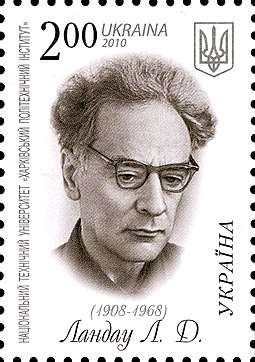 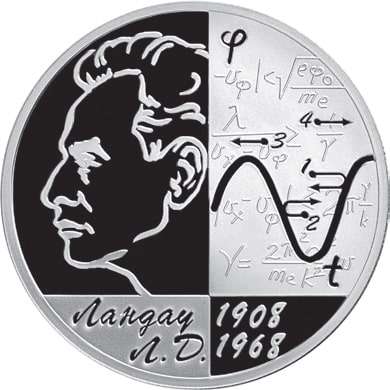 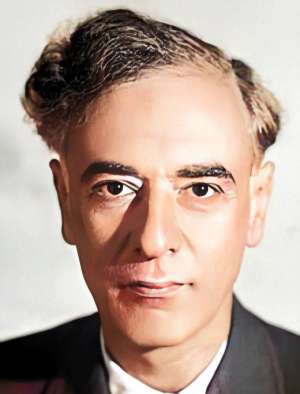 Lev Davidovich Landau was a Azerbaijani Soviet physicist who made fundamental contributions to many areas of theoretical physics.

His accomplishments include the independent co-discovery of the density matrix method in quantum mechanics alongside John von Neumann, the quantum mechanical theory of diamagnetism, the theory of superfluidity, the theory of second-order phase transitions, the Ginzburg–Landau theory of superconductivity, the theory of Fermi liquid, the explanation of Landau damping in plasma physics, the Landau pole in quantum electrodynamics, the two-component theory of neutrinos, and Landau's equations for S matrix singularities. He received the 1962 Nobel Prize in Physics for his development of a mathematical theory of superfluidity that accounts for the properties of liquid helium II at a temperature below 2.17 K −270.98 °C.

Landau was born on 22 January 1908 to Jewish parents in Baku, Azerbaijan, in what was then the Russian Empire. Landau's father, David Lvovich Landau, was an engineer with the local oil industry, and his mother, Lyubov Veniaminovna Garkavi-Landau, was a doctor. A child prodigy in mathematics, he learned to differentiate at age 12 and to integrate at age 13. Landau graduated in 1920 at age 13 from gymnasium. His parents considered him too young to attend university, so for a year he attended the Baku Economical Technical School. In 1922, at age 14, he matriculated at the Baku State University, studying in two departments simultaneously: the Departments of Physics and Mathematics, and the Department of Chemistry. Subsequently, he ceased studying chemistry, but remained interested in the field throughout his life.

In 1924, he moved to the main centre of Soviet physics at the time: the Physics Department of Leningrad State University, where he dedicated himself to the study of theoretical physics, graduating in 1927. Landau subsequently enrolled for post-graduate studies at the Leningrad Physico-Technical Institute where he eventually received a doctorate in Physical and Mathematical Sciences in 1934. Landau got his first chance to travel abroad during the period 1929–1931, on a Soviet government—People's Commissariat for Education—travelling fellowship supplemented by a Rockefeller Foundation fellowship. By that time he was fluent in German and French and could communicate in English. He later improved his English and learned Danish.

After brief stays in Göttingen and Leipzig, he went to Copenhagen on 8 April 1930 to work at the Niels Bohr's Institute for Theoretical Physics. He stayed there until 3 May of the same year. After the visit, Landau always considered himself a pupil of Niels Bohr and Landau's approach to physics was greatly influenced by Bohr. After his stay in Copenhagen, he visited Cambridge mid-1930, where he worked with Paul Dirac, Copenhagen September to November 1930, and Zurich December 1930 to January 1931, where he worked with Wolfgang Pauli. From Zurich Landau went back to Copenhagen for the third time and stayed there from 25 February until 19 March 1931 before returning to Leningrad the same year.

Between 1932 and 1937, Landau headed the Department of Theoretical Physics at the National Scientific Center Kharkiv Institute of Physics and Technology, and he lectured at the University of Kharkiv and the Kharkiv Polytechnical Institute. Apart from his theoretical accomplishments, Landau was the principal founder of a great tradition of theoretical physics in Kharkiv, Ukraine, sometimes referred to as the "Landau school". In Kharkiv, he and his friend and former student, Evgeny Lifshitz, began writing the Course of Theoretical Physics, ten volumes that together span the whole of the subject and are still widely used as graduate-level physics texts. During the Great Purge, Landau was investigated within the UPTI Affair in Kharkiv, but he managed to leave for Moscow to take up a new post.

Landau developed a famous comprehensive exam called the "Theoretical Minimum" which students were expected to pass before admission to the school. The exam covered all aspects of theoretical physics, and between 1934 and 1961 only 43 candidates passed, but those who did later became quite notable theoretical physicists.

In 1932, Landau computed the Chandrashekhar limit; however, he did not apply it to white dwarf stars.

From 1937 until 1962, Landau was the head of the Theoretical Division at the Institute for Physical Problems.

On 27 April 1938, Landau was arrested for the leaflet which compared Stalinism to German Nazism and Italian Fascism. He was held in the NKVD's Lubyanka prison until his release, on 29 April 1939, after Pyotr Kapitsa, an experimental low-temperature physicist and the founder and head of the institute, wrote a letter to Joseph Stalin in which he personally vouched for Landau's behaviour and threatened to quit the institute if Landau were not released. After his release, Landau discovered how to explain Kapitsa's superfluidity using sound waves, or phonons, and a new excitation called a roton.

Landau led a team of mathematicians supporting Soviet atomic and hydrogen bomb development. He calculated the dynamics of the first Soviet thermonuclear bomb, including predicting the yield. For this work Landau received the Stalin Prize in 1949 and 1953, and was awarded the title "Hero of Socialist Labour" in 1954.

Landau received the 1962 Nobel Prize in Physics for his development of a mathematical theory of superfluidity that accounts for the properties of liquid helium II at a temperature below 2.17 K −270.98 °C."

In 1937, Landau married Kora T. Drobanzeva from Kharkiv. Their son Igor was born in 1946. Landau believed in "free love" rather than monogamy and encouraged his wife and his students to practise "free love". However, his wife was not enthusiastic.

Landau was an atheist. In 1957, a lengthy report to the CPSU Central Committee by the KGB recorded Landau's views on the 1956 Hungarian Uprising, Vladimir Lenin and what he termed "red fascism".

On 7 January 1962, Landau's car collided with an oncoming truck. He was severely injured and spent two months in a coma. Although Landau recovered in many ways, his scientific creativity was destroyed, and he never returned fully to scientific work. His injuries prevented him from accepting the 1962 Nobel Prize for physics in person.

Throughout his life Landau was known for his sharp humour, as illustrated by the following dialogue with a psychologist, Alexander Luria, who tried to test for possible brain damage while Landau was recovering from the car crash:

Luria: "Please draw me a circle"

Landau: "If I did, you might come to think I've become mentally retarded".

Another anecdote was shared by Murray Gell-Mann:

Landau used to make fun of Yakov Zeldovich all the time... After Landau recovered a bit from the accident and was able to talk and so on, one of the first things he said was "I'm afraid my brain is just not the same as it was. I'll never again be able to do physics like Landau. Maybe I could do physics like Zeldovich."

In 1965 former students and co-workers of Landau founded the Landau Institute for Theoretical Physics, located in the town of Chernogolovka near Moscow, and led for the following three decades by Isaak Markovich Khalatnikov.

In June 1965, Lev Landau and Yevsei Liberman published a letter in the New York Times, stating that as Soviet Jews they opposed U.S. intervention on behalf of the Student Struggle for Soviet Jewry.

Landau died on 1 April 1968, aged 60, from complications of the injuries sustained in the car accident he was involved in six years earlier. He was buried at the Novodevichy cemetery.

Two celestial objects are named in his honour:

The highest prize in theoretical physics awarded by the Russian Academy of Sciences is named in his honour:

On 22 January 2019, Google celebrated what would have been Landau's 111th birthday with a Google doodle.

The Landau-Spitzer Award American Physical Society, which recognizes outstanding contributions to plasma physics and European-United States collaboration, is named in-part in his honor.

Landau kept a list of names of physicists which he ranked on a logarithmic scale of productivity ranging from 0 to 5. The highest ranking, 0, was assigned to Isaac Newton. Albert Einstein was ranked 0.5. A rank of 1 was awarded to the founding fathers of quantum mechanics, Niels Bohr, Werner Heisenberg, Satyen Bose, Paul Dirac and Erwin Schrödinger, and others. Landau ranked himself as a 2.5 but later promoted himself to a 2. David Mermin, writing about Landau, referred to the scale, and ranked himself in the fourth division, in the article "My Life with Landau: Homage of a 4.5 to a 2".

A complete list of Landau's works appeared in 1998 in the Russian journal Physics-Uspekhi. Landau would allow to list himself as a co-author of a journal article on two conditions: 1 he brought up the idea of the work, partly or entirely, and 2 he performed at least some calculations presented in the article. Consequently, he removed his name from numerous publications of his students where his contribution was less significant. 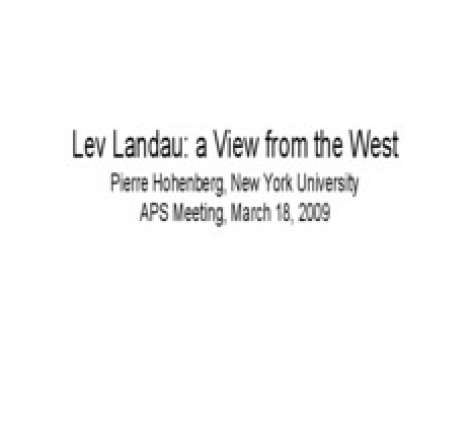 Physics
Lev Landau: a View from the West 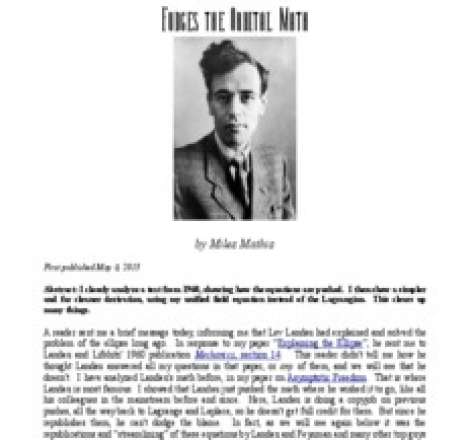 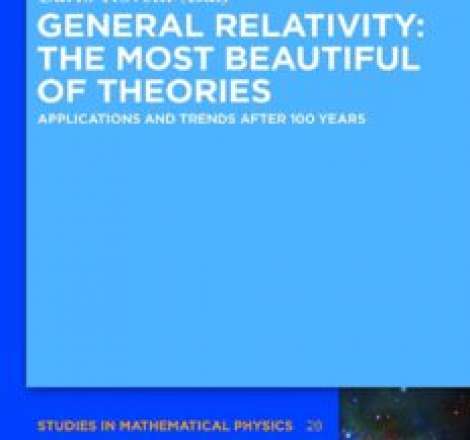 Physics
General Relativity: The most beautiful of theories 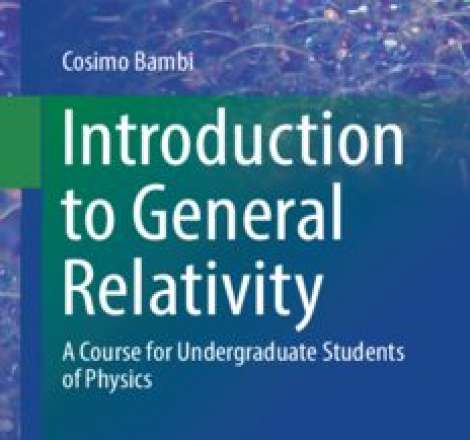 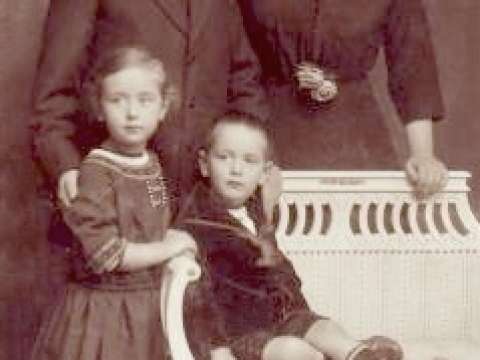 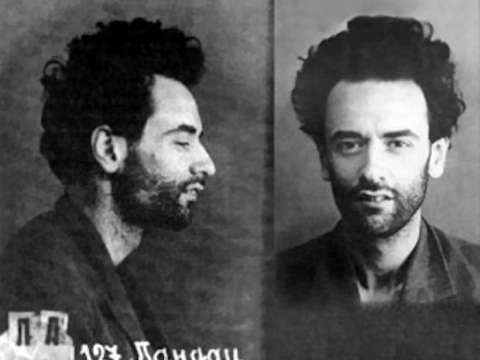 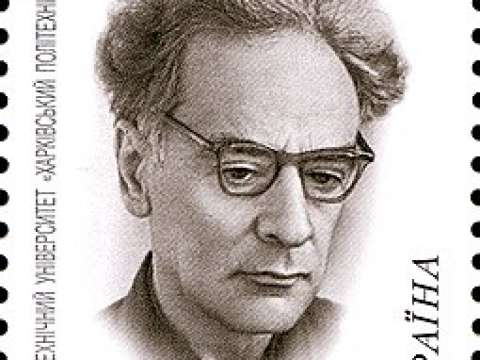 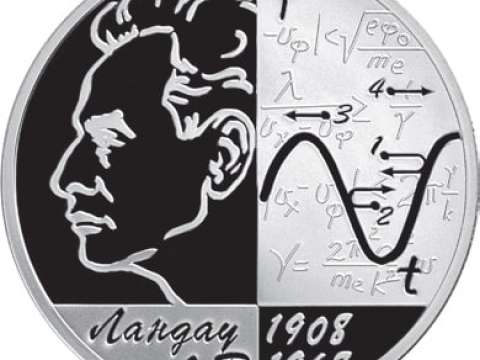 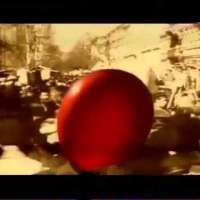 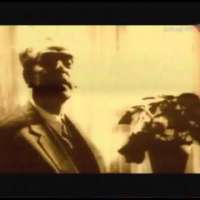 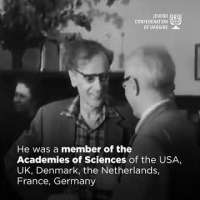 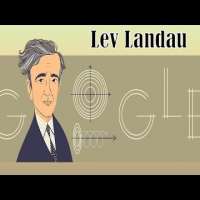 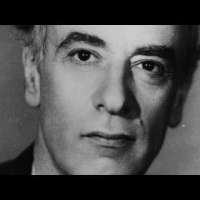 Lev Landau: Who was the notable physicist and why should we remember him? 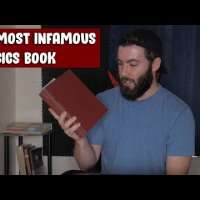 The Most Infamous Graduate Physics Book
What Do You Think Of That Genius? 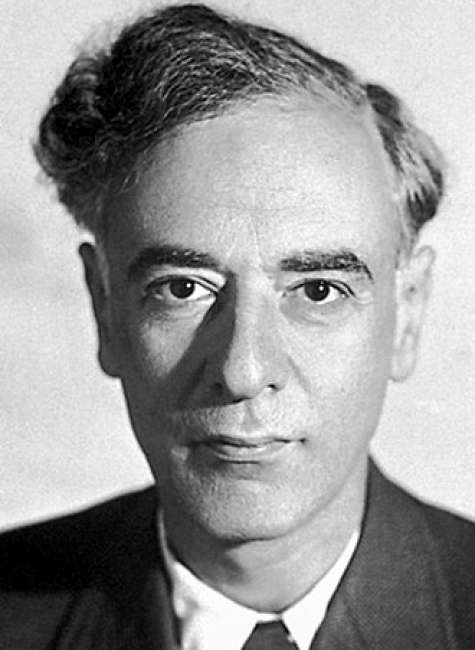