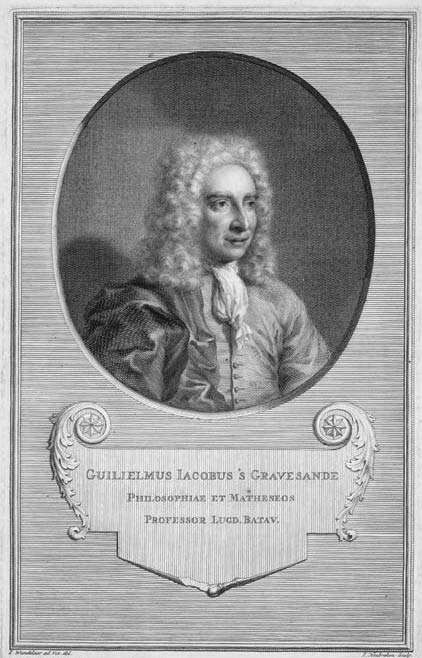 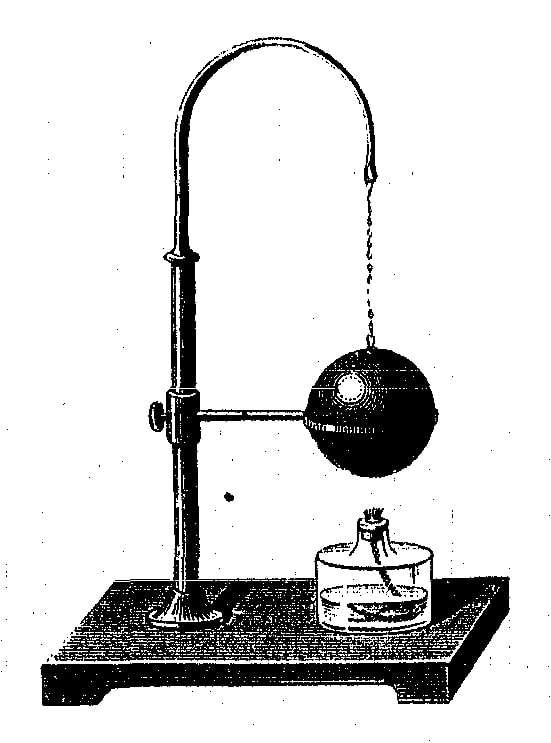 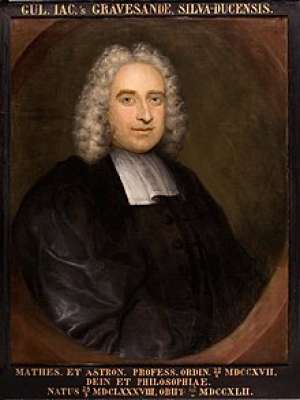 Willem Jacob 's Gravesande was a Dutch mathematician and natural philosopher, chiefly remembered for developing experimental demonstrations of the laws of classical mechanics. As professor of mathematics, astronomy, and philosophy at Leiden University, he helped to propagate Isaac Newton's ideas in Continental Europe.

Born in 's-Hertogenbosch, 's Gravesande studied law at Leiden University, where he defended a thesis on suicide and earned a doctorate in 1707. He then practised law in The Hague while also participating in intellectual discussions and cultivating his interest in the mathematical sciences. His Essai de perspective "Essay on Perspective", published in 1711, was praised by the influential Swiss mathematician Johann Bernoulli. In The Hague, 's Gravesande also helped to establish the Journal littéraire "Literary journal", a learned periodical first published in 1713.

In 1715, 's Gravesande visited London as part of a Dutch delegation sent to welcome the Hanoverian succession in Great Britain. In London, 's Gravesande met both King George I and Isaac Newton, and was elected a Fellow of the Royal Society. In 1717 he became professor of mathematics and astronomy in Leiden. From that position, he was instrumental in introducing Newton's work to the Netherlands. He also obtained the chairs of civil and military architecture in 1730 and philosophy in 1734. As a philosopher, he opposed fatalists like Hobbes and Spinoza.

's Gravesande was married to Anna Sacrelaire in 1720. They had two sons, both of whom died in adolescence. In 1724, Peter the Great offered 's Gravesande a position in the new Imperial Saint Petersburg Academy of Sciences. In 1737 he received an offer from Frederick the Great to join the Prussian Academy of Sciences in Berlin. He declined both offers, opting to remain in Leiden.

Gravesande's main scientific work is Physices elementa mathematica, experimentis confirmata, sive introductio ad philosophiam Newtonianam "Mathematical Elements of Natural Philosophy, Confirmed by Experiments; or, an Introduction to Newtonian Philosophy", published in Leiden in 1720. In that book, he laid the foundations for the teaching of Newtonian mechanics through experimental demonstrations. He presented his work before audiences that included, Voltaire and Albrecht von Haller, and Émilie du Châtelet the translator of Newton's Principia who corrected to incorporate 's Gravesande's discovery of kinetic energy. 's Gravesande's book was soon translated into English by John Theophilus Desaguliers, curator of experiments for the Royal Society.

In 1721, 's Gravesande became involved in a public controversy over whether the German inventor Johann Bessler, known as Councillor Orffyreus, had created a genuine perpetual motion machine. 's Gravesande at first argued for the feasibility of perpetual motion based on the conservation of the scalar quantity mv mass multiplied by speed, which he erroneously believed was implied by Newtonian mechanics. However, in 1722 he published the results of a series of experiments in which brass balls were dropped from varying heights onto a soft clay surface. He found that a ball with twice the speed of another would leave an indentation four times as deep, from which he concluded that the correct expression for the "live force" of a body in motion what is modernly called its "kinetic energy" is proportional to mv2.

Even though those results invalidated his original argument for the feasibility of perpetual motion, 's Gravesande continued to defend Bessler's work, claiming that Bessler might have discovered some new "active principle" of nature that allowed his wheels to keep turning. Similar views were defended at the time by Gottfried Wilhelm Leibniz, Johann Bernoulli, and others, but the modern consensus is that Bessler was perpetrating a deliberate hoax. Russian Tsar Peter the Great was interested in Bessler's wheel and sought 's Gravesande's advice on the subject.

's Gravesande communicated his results on the impact of falling weights to Émilie du Châtelet. Similar observations were published independently by Giovanni Poleni. The interpretation of 's Gravesande's and Poleni's results led to a controversy with Samuel Clarke and other Newtonians that became a part of the so-called "vis viva dispute" in the history of classical mechanics.

's Gravesande is also remembered for his invention of a simple experiment demonstrating thermal expansion, which has been used in physics education since. This is known today as "'s Gravesande's experiment" or "'s Gravesande's ring". The apparatus consists of a small metal ball on a chain or handle, and a metal ring on a stand. The ring is just big enough so that when the ring and ball are at the same temperature, the ball fits through the ring. However, if the ball is heated by dipping it into boiling water or playing the flame of a spirit lamp over it, the metal will expand, and the ball will no longer fit through the ring. When the ball has cooled down, it will fit through the ring again. 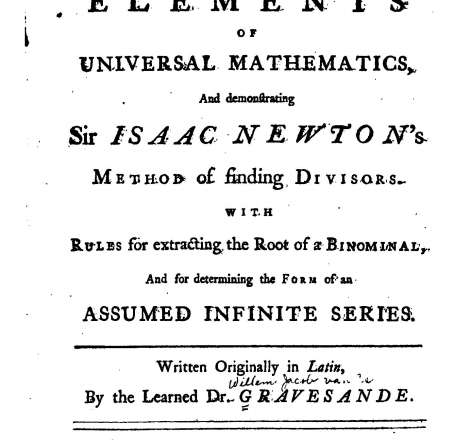 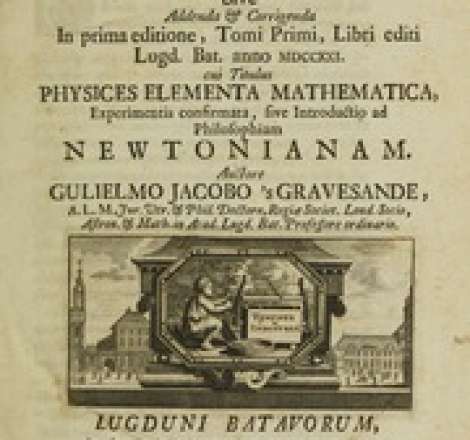 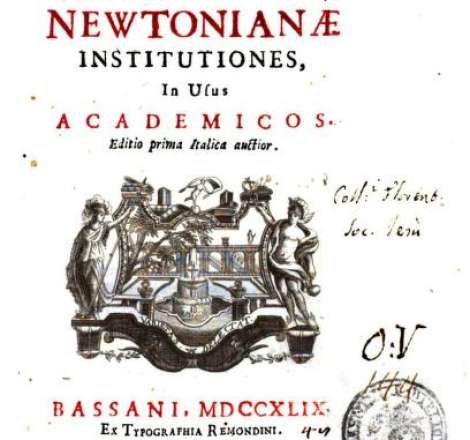 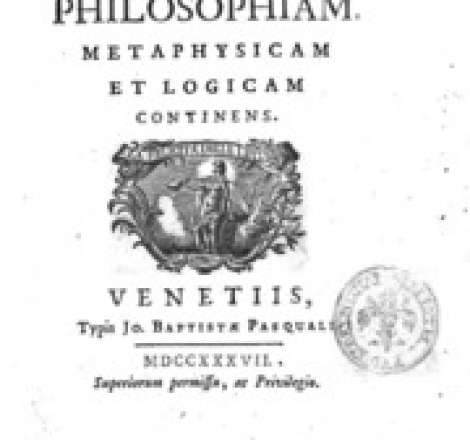 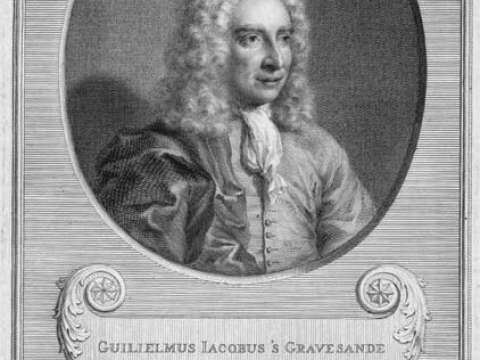 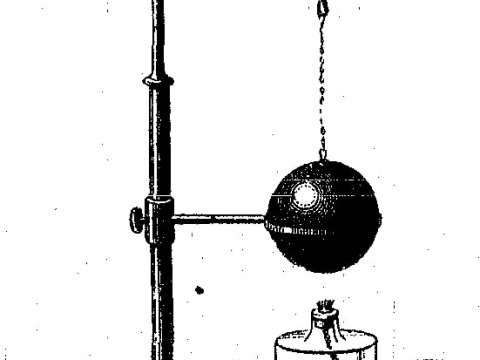 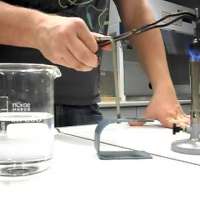 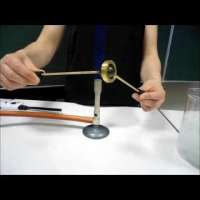 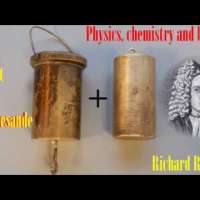 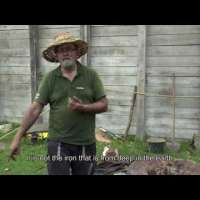 Circles of Focus: The Fall Experiment at Stroom Den Haag 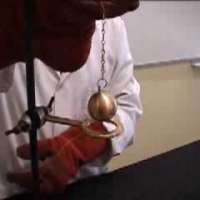 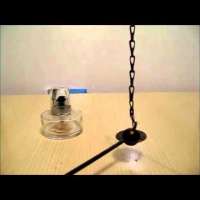 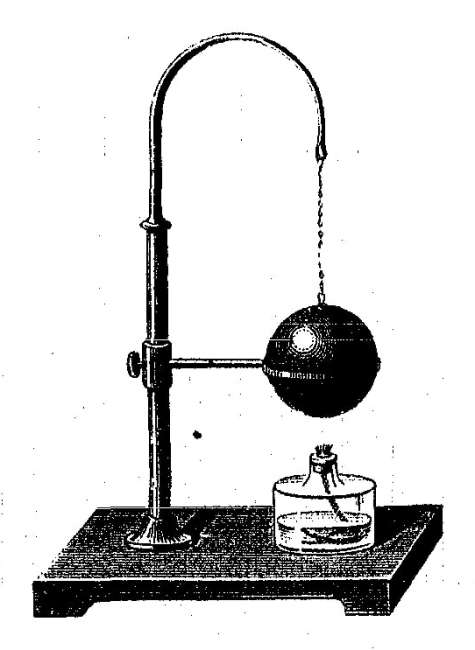 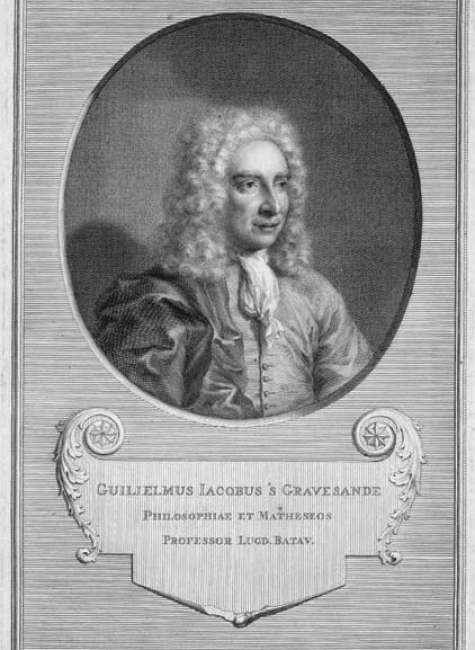 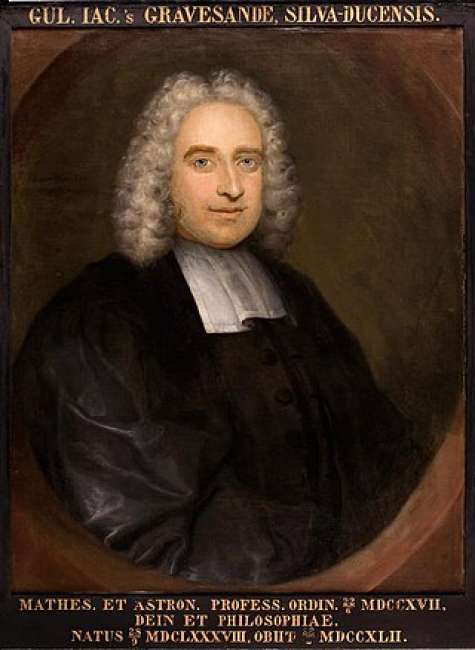