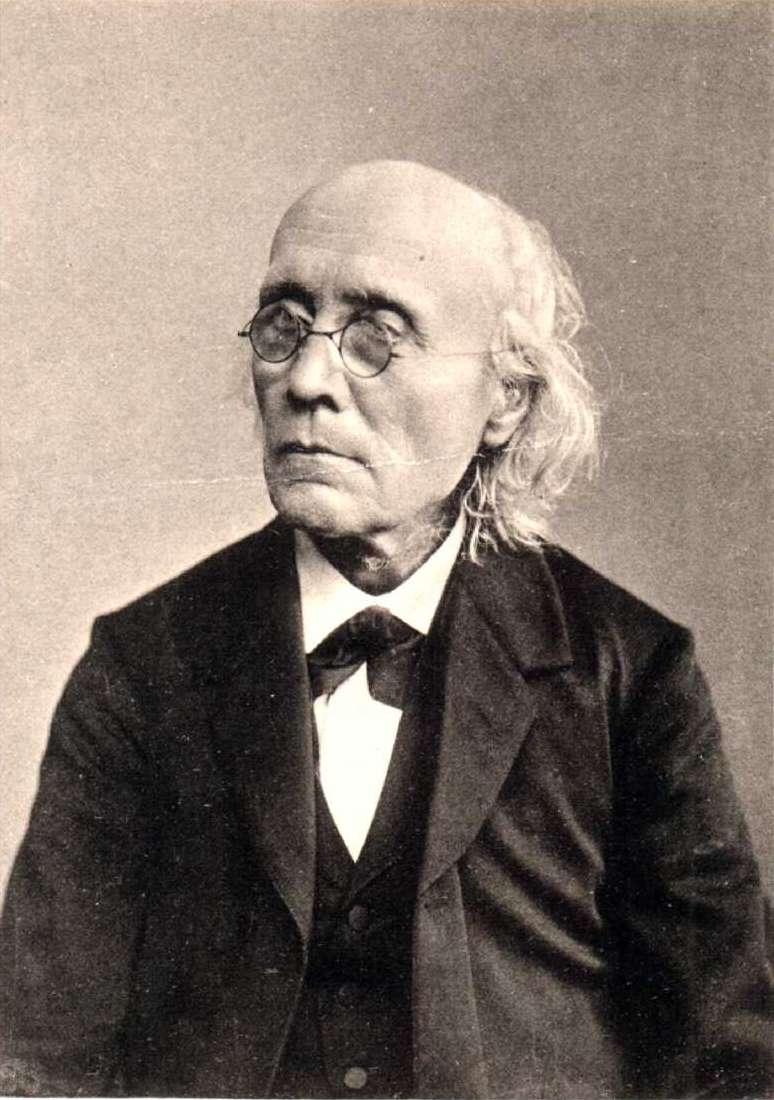 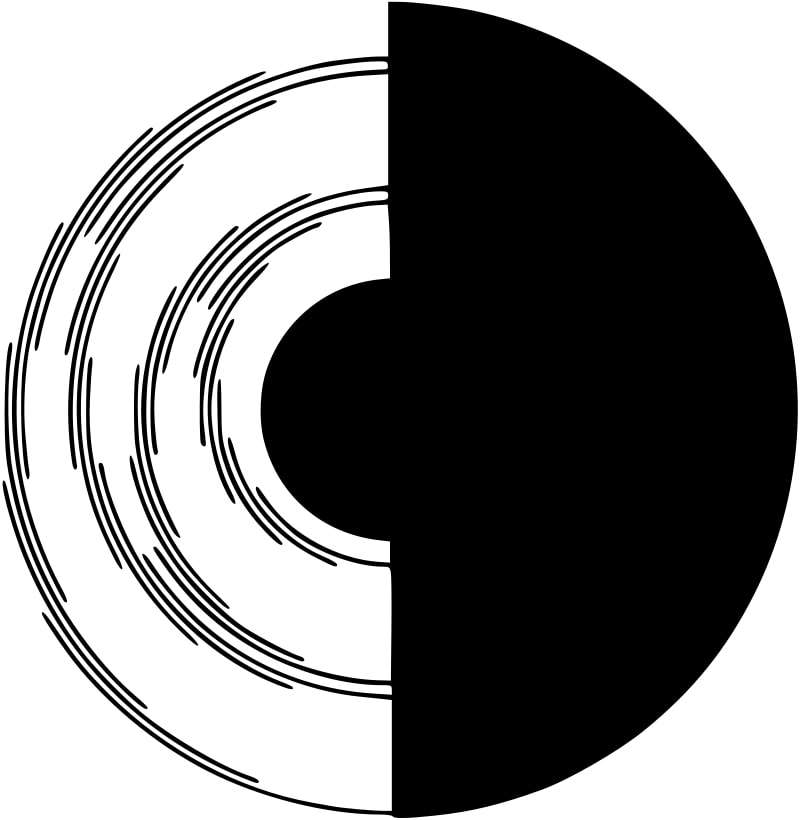 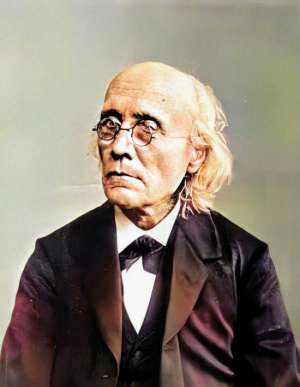 Man lives on earth not once, but three times: the first stage of his life is his continual sleep; the second, sleeping and waking by turns; the third, waking forever.

Gustav Theodor Fechner was a German experimental psychologist, philosopher, and physicist. An early pioneer in experimental psychology and founder of psychophysics, he inspired many 20th-century scientists and philosophers. He is also credited with demonstrating the non-linear relationship between psychological sensation and the physical intensity of a stimulus via the formula: S = K ln ⁡ I , which became known as the Weber–Fechner law.

Fechner was born at Groß Särchen, near Muskau, in Lower Lusatia, where his father was a pastor. Despite being raised by his religious father, Fechner became an atheist in later life. He was educated first at Sorau now Żary in Western Poland.

In 1817 he studied medicine at the Medizinische Akademie Carl Gustav Carus  in Dresden and from 1818 at the University of Leipzig, the city in which he spent the rest of his life. He earned his PhD from Leipzig in 1835.

In 1834 he was appointed professor of physics at Leipzig. But in 1839, he contracted an eye disorder while studying the phenomena of color and vision, and, after much suffering, resigned. Subsequently, recovering, he turned to the study of the mind and its relations with the body, giving public lectures on the subjects dealt with in his books. Whilst lying in bed, Fechner had an insight into the relationship between mental sensations and material sensations. This insight proved to be significant in the development of psychology as there was now a quantitative relationship between the mental and physical worlds.

Fechner published chemical and physical papers, and translated chemical works by Jean-Baptiste Biot and Louis Jacques Thénard from French. He also wrote several poems and humorous pieces, such as the Vergleichende Anatomie der Engel 1825, written under the pseudonym of "Dr. Mises."

Fechner's epoch-making work was his Elemente der Psychophysik 1860. He started from the monistic thought that bodily facts and conscious facts, though not reducible one to the other, are different sides of one reality. His originality lies in trying to discover an exact mathematical relation between them. The most famous outcome of his inquiries is the law known as the Weber–Fechner law which may be expressed as follows:

The law has been found to be immensely useful, but to fail for very faint and for very strong sensations. Within its useful range, Fechner's law is that sensation is a logarithmic function of physical intensity. S. S. Stevens pointed out that such a law does not account for the fact that perceived relationships among stimuli e.g., papers coloured black, dark grey, grey, light grey, and white are unchanged with changes in overall intensity i.e., in the level of illumination of the papers. He proposed, in his famous 1961 paper entitled "To Honor Fechner and Repeal His Law", that intensity of stimulation is related to perception via a power-law.

Fechner's general formula for getting at the number of units in any sensation is S = c log R, where S stands for the sensation, R for the stimulus numerically estimated, and c for a constant that must be separately determined by experiment in each particular order of sensibility. Fechner's reasoning has been criticized on the grounds that although stimuli are composite, sensations are not. "Every sensation," says William James, "presents itself as an indivisible unit; and it is quite impossible to read any clear meaning into the notion that they are masses of units combined."

In 1838, he also studied the still-mysterious perceptual illusion of what is still called the Fechner color effect, whereby colors are seen in a moving pattern of black and white. The English journalist and amateur scientist Charles Benham, in 1894, enabled English-speakers to learn of the effect through the invention of the spinning top that bears his name, Benham's top. Whether Fechner and Benham ever actually met face to face for any reason is not known.

In 1878, Fechner published a paper in which he developed the notion of the median. He later delved into experimental aesthetics and thought to determine the shapes and dimensions of aesthetically pleasing objects. He mainly used the sizes of paintings as his data base. In his 1876 Vorschule der Aesthetik, he used the method of extreme ranks for subjective judgements.

Fechner is generally credited with introducing the median into the formal analysis of data.

In 1871, Fechner reported the first empirical survey of coloured letter photisms among 73 synesthetes. His work was followed in the 1880s by that of Francis Galton.

One of Fechner's speculations about consciousness dealt with brain. During his time, it was known that the brain is bilaterally symmetrical and that there is a deep division between the two halves that are linked by a connecting band of fibers called the corpus callosum. Fechner speculated that if the corpus callosum were split, two separate streams of consciousness would result - the mind would become two. Yet, Fechner believed that his theory would never be tested; he was incorrect. During the mid-twentieth century, Roger Sperry and Michael Gazzaniga worked on epileptic patients with sectioned corpus callosum and observed that Fechner's idea was correct.

Fechner constructed ten rectangles with different ratios of width to length and asked numerous observers to choose the "best" and "worst" rectangle shape. He was concerned with the visual appeal of rectangles with different proportions. Participants were explicitly instructed to disregard any associations that they have with the rectangles, e.g. with objects of similar ratios. The rectangles chosen as "best" by the largest number of participants and as "worst" by the fewest participants had a ratio of 0.62 21:34. This ratio is known as the "golden section" or golden ratio and referred to the ratio of a rectangle's width to length that is most appealing to the eye. Carl Stumpf was a participant in this study.

However, there has been some ongoing dispute on the experiment itself, as the fact that Fechner deliberately discarded results of the study ill-fitting to his needs became known, with many mathematicians, including Mario Livio, refuting the result of the experiment.

In his posthumously published Kollektivmasslehre 1897, Fechner introduced the Zweiseitige Gauss'sche Gesetz or two-piece normal distribution, to accommodate the asymmetries he had observed in empirical frequency distributions in many fields. The distribution has been independently rediscovered by several authors working in different fields.

In 1861, Fechner reported that if he looked at a light with a darkened piece of glass over one eye then closed that eye, the light appeared to become brighter, even though less light was coming into his eyes. This phenomenon has come to be called Fechner's paradox. It has been the subject of numerous research papers, including in the 2000s. It occurs because the perceived brightness of the light with both eyes open is similar to the average brightness of each light viewed with one eye.

Fechner, along with Wilhelm Wundt and Hermann von Helmholtz, is recognized as one of the founders of modern experimental psychology. His clearest contribution was the demonstration that because the mind was susceptible to measurement and mathematical treatment, psychology had the potential to become a quantified science. Theorists such as Immanuel Kant had long stated that this was impossible, and that therefore, a science of psychology was also impossible.

Though he had a vast influence on psychophysics, the actual disciples of his general philosophy were few. Ernst Mach was inspired by his work on psychophysics. William James also admired his work: in 1904, he wrote an admiring introduction to the English translation of Fechner's Büchlein vom Leben nach dem Tode Little Book of Life After Death. Furthermore, he influenced Sigmund Freud, who refers to Fechner when introducing the concept of psychic locality in his The Interpretation of Dreams that he illustrates with the microscope-metaphor.

Fechner's world concept was highly animistic. He felt the thrill of life everywhere, in plants, earth, stars, the total universe. Man stands midway between the souls of plants and the souls of stars, who are angels. God, the soul of the universe, must be conceived as having an existence analogous to men. Natural laws are just the modes of the unfolding of God's perfection. In his last work Fechner, aged but full of hope, contrasts this joyous "daylight view" of the world with the dead, dreary "night view" of materialism. Fechner's work in aesthetics is also important. He conducted experiments to show that certain abstract forms and proportions are naturally pleasing to our senses, and gave some new illustrations of the working of aesthetic association. Charles Hartshorne saw him as a predecessor on his and Alfred North Whitehead's philosophy and regretted that Fechner's philosophical work had been neglected for so long.

Fechner's position in reference to predecessors and contemporaries is not very sharply defined. He was remotely a disciple of Schelling, learnt much from Baruch Spinoza, G. W. Leibniz, Johann Friedrich Herbart, Arthur Schopenhauer, and Christian Hermann Weisse, and decidedly rejected G. W. F. Hegel and the monadism of Rudolf Hermann Lotze.

Fechner's work continues to have an influence on modern science, inspiring continued exploration of human perceptual abilities by researchers such as Jan Koenderink, Farley Norman, David Heeger, and others.

In 1970, the International Astronomical Union named a crater on the far side of the moon after Fechner.

In 1985 the International Society for Psychophysics called its annual conference Fechner Day. The conference is now scheduled to include 22 October to allow psychophysicists to celebrate the anniversary of Fechner's waking up on that day in 1850 with a new approach into how to study the mind. Fechner Day runs annually with the 2018 Fechner Day being the 34th. It is organized annually, by a different academic host each year.

Little is known of Fechner's later years, nor of the circumstances, cause, and manner of his death.

Fechner was the brother of painter Eduard Clemens Fechner and of Clementine Wieck Fechner, who was the stepmother of Clara Wieck when Clementine became her father Friedrich Wieck's second wife. 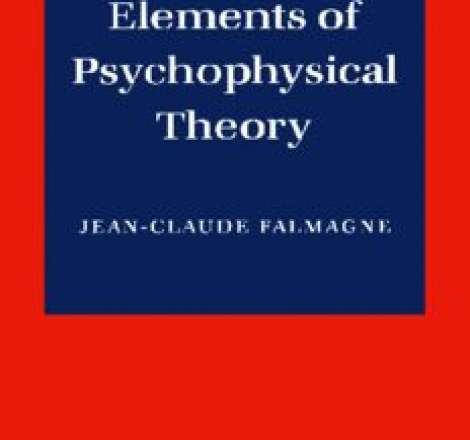 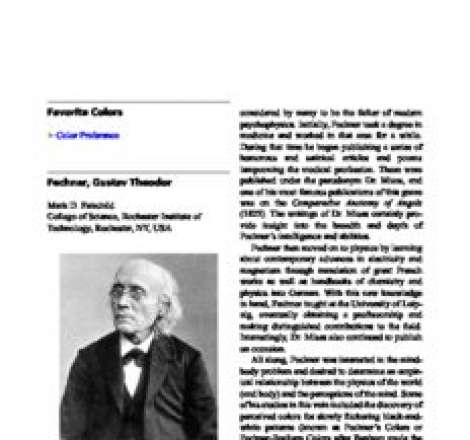 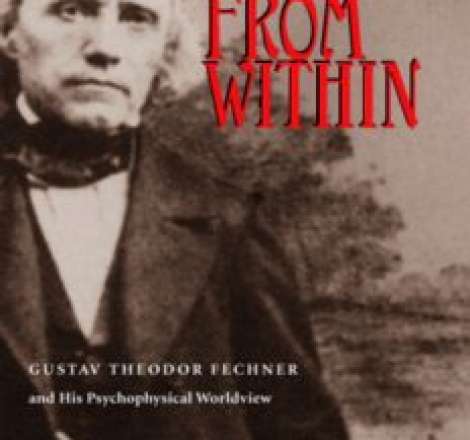 Psychology
Nature From Within: Gustav Theodor Fechner And His Psychophysical Worldview 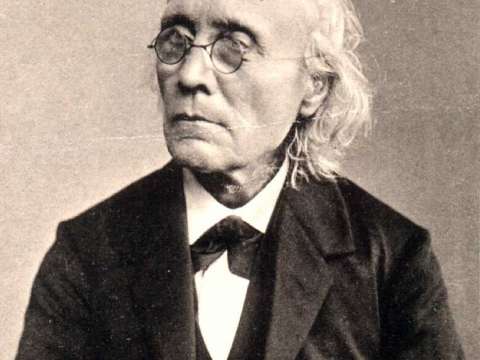 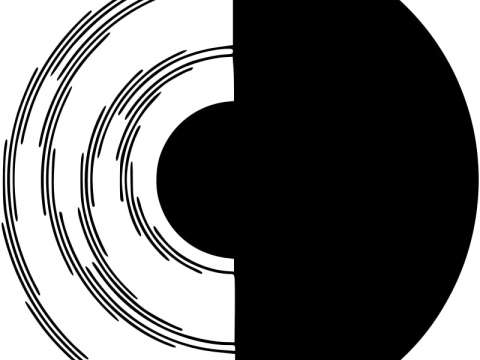 A sample of a Benham's disk 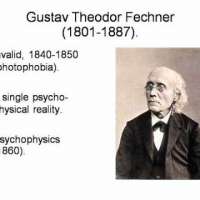 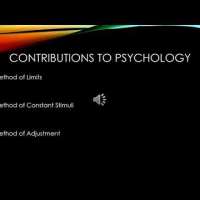 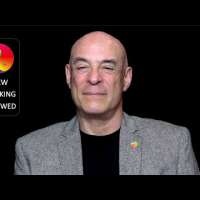 Gustav Fechner and the Science of Psychophysics 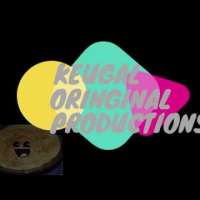 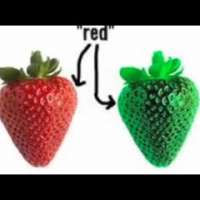 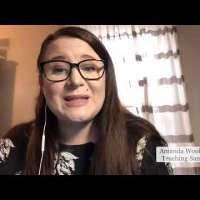 Was Gustav Fechner a Mad Scientist? Amanda Woolston Teaching Sample
What Do You Think Of That Genius? 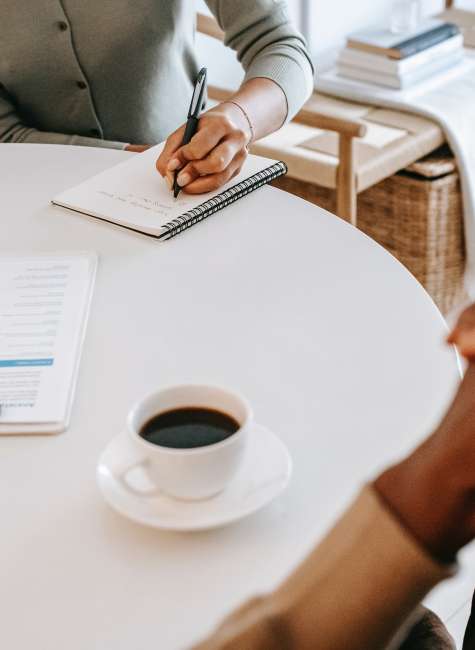 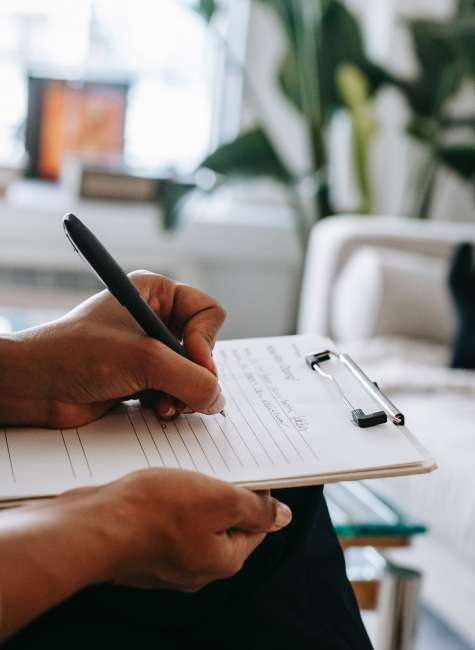