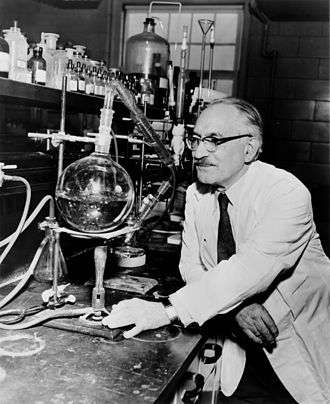 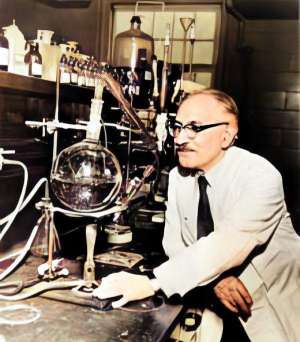 Selman Abraham Waksman was a Ukrainian-born Jewish-American inventor, biochemist and microbiologist whose research into the decomposition of organisms that live in soil enabled the discovery of streptomycin and several other antibiotics. A professor of biochemistry and microbiology at Rutgers University for four decades, he discovered a number of antibiotics and introduced the modern sense of that word to name them, and he introduced procedures that have led to the development of many others. The proceeds earned from the licensing of his patents funded a foundation for microbiological research, which established the Waksman Institute of Microbiology located on the Rutgers University Busch Campus in Piscataway, New Jersey USA. In 1952, he was awarded the Nobel Prize in Physiology or Medicine for "ingenious, systematic and successful studies of the soil microbes that led to the discovery of streptomycin." Waksman and his foundation later were sued by Albert Schatz, one of his PhD students and first discoverer of streptomycin, for minimizing Schatz's role in the discovery of streptomycin.

In 2005, Selman Waksman was granted an ACS National Historical Chemical Landmark in recognition of the significant work of his lab in isolating more than 15 antibiotics, including streptomycin, which was the first effective treatment for tuberculosis.

Selman Waksman was born on July 22, 1888, to Jewish parents, in Nova Pryluka, Kiev Governorate, Russian Empire, now Vinnytsia Oblast, Ukraine. He was the son of Fradia London and Jacob Waksman. He immigrated to the United States in 1910, shortly after receiving his diploma from the Fifth Gymnasium in Odessa, and became a naturalized American citizen six years later.

Waksman attended Rutgers College now Rutgers University, where he graduated in 1915 with a bachelor of science in agriculture. He continued his studies at Rutgers, receiving a master of science the following year. During his graduate study, he worked under J. G. Lipman at the New Jersey Agricultural Experiment Station at Rutgers performing research in soil bacteriology. Waksman spent some months in 1915-1916 at the. United States Department of Agriculture in Washington, DC under Dr Charles Thom, studying soil fungi.:44–48 He was then appointed as a research fellow at the University of California, Berkeley, where he was awarded his doctor of philosophy in biochemistry in 1918.

Later he joined the faculty at Rutgers University in the Department of Biochemistry and Microbiology. At Rutgers, Waksman's team discovered several antibiotics, including actinomycin, clavacin, streptothricin, streptomycin, grisein, neomycin, fradicin, candicidin, candidin. Two of these, streptomycin and neomycin, have found extensive application in the treatment of infectious disease. Streptomycin was the first antibiotic that could be used to cure the disease tuberculosis. Waksman is credited with coining the term antibiotics, to describe antibacterials derived from other living organisms, for example penicillin, though the term was used by the French dermatologist François Henri Hallopeau, in 1871 to describe a substance opposed to the development of life.

In addition to his task at Rutgers, Waksman organized a division of Marine Bacteriology at the Woods Hole Oceanographic Institution in 1931. He was appointed as a marine bacteriologist there and served until 1942. He was elected a trustee at WHOI and finally a Life Trustee.

Waksman acquired many awards and honours, including the Nobel Prize in 1952; the Star of the Rising Sun allotted on him by the emperor of Japan, and the rank of Commandeur in the French Légion d'honneur.

Selman Waksman died on August 16, 1973, at a Hyannis, Mass. Hospital and was interred at the Woods Hole Village Cemetery in Woods Hole, Massachusetts. His tombstone is inscribed "Selman Abraham Waksman: Scientist", with his dates of birth and death, and the term "The earth will unlock and fetch ahead salvation" in Hebrew and English, from Isaiah 45:8.

Other tributes of Selman Waksman involve antifouling paints for the Navy, the use of enzymes in laundry detergents, and the practice of Concord grape rootstock to safeguardt French vineyard from fungal infections.

The details and credit for the discovery of streptomycin and its usefulness as an antibiotic were strongly contested by Schatz, eventually leading to litigation. Waksman and Rutgers settled out of court with Schatz, resulting in financial remuneration and entitlement to "legal and scientific credit as co-discoverer of streptomycin."

Systematic experiments to test several strains of antibiotics against several different disease organisms were under way in Waksman's laboratory at the time. Their classic approach was to explore a complete matrix with rows consisting of antibiotics and columns consisting of different diseases. The bacteria which produced the antibiotic streptomycin were discovered by Schatz in the farmland outside his lab, and tested by him. Waksman, however, eventually came to claim sole credit for the discovery.

Neomycin is derived from actinomycetes and was discovered by Waksman and Hubert A. Lechevalier, one of Waksman's graduate students. The discovery was published in the journal Science.

Waksman was awarded the Nobel Prize in 1952. In the award speech, Waksman was called "one of the greatest benefactors to mankind," as the result of the discovery of streptomycin. Schatz protested being left out of the award, but the Nobel committee ruled that he was a mere lab assistant working under an eminent scientist.

In 1951, using half of his personal patent royalties, Waksman created the Waksman Foundation for Microbiology. At a meeting of the board of trustees of the foundation, held in July 1951, he urged the building of a facility for work in microbiology, named the Waksman Institute of Microbiology, which is located on the Busch Campus of Rutgers University in Piscataway, New Jersey. First president of the foundation, Waksman was succeeded in this position by his son, Byron H. Waksman, from 1970 to 2000.

The Selman A. Waksman Award in Microbiology of the National Academy of Sciences is given in his honor.

Selman Waksman was author or co-author of over 400 scientific papers, as well as 28 books and 14 scientific pamphlets. 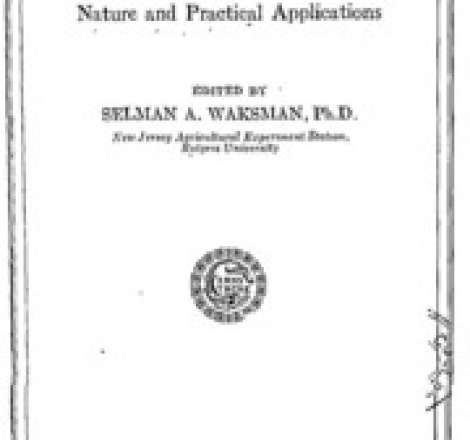 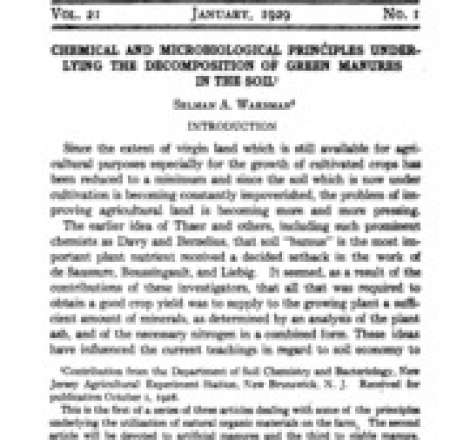 Biology
Journal Of The American Society Of Agronomy Vol-xxi 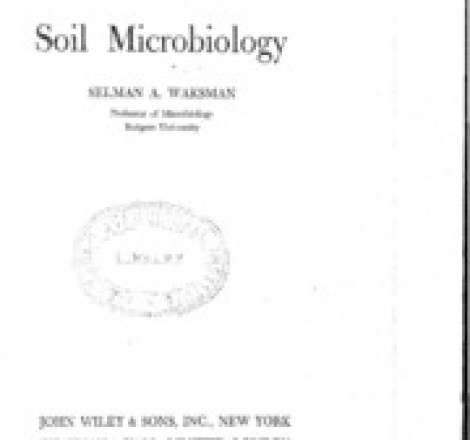 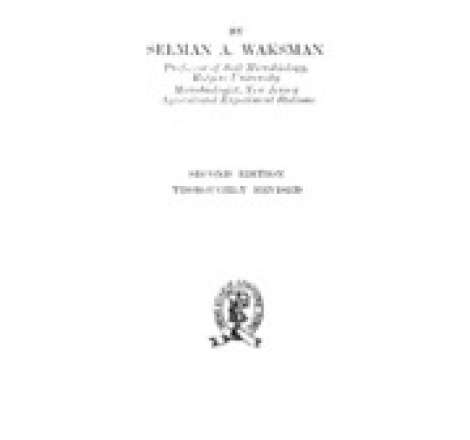 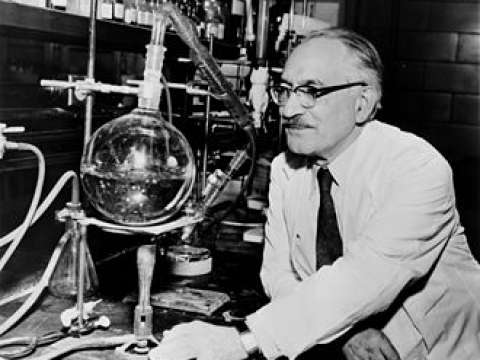 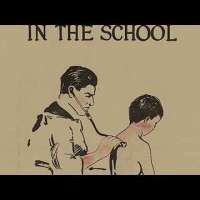 Dr. Selman Waksman and the cure for Tuberculosis 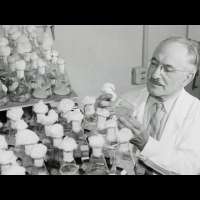 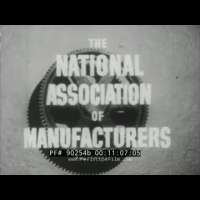 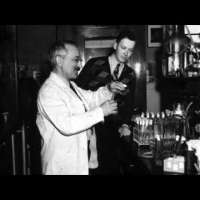 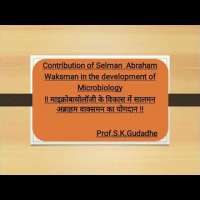 Contribution of Selman Abraham Waksman in the development of microbiology 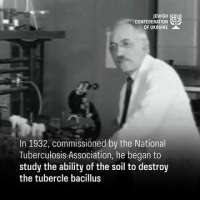 Stories of Ukrainian Jews. Selman Waksman
What Do You Think Of That Genius? 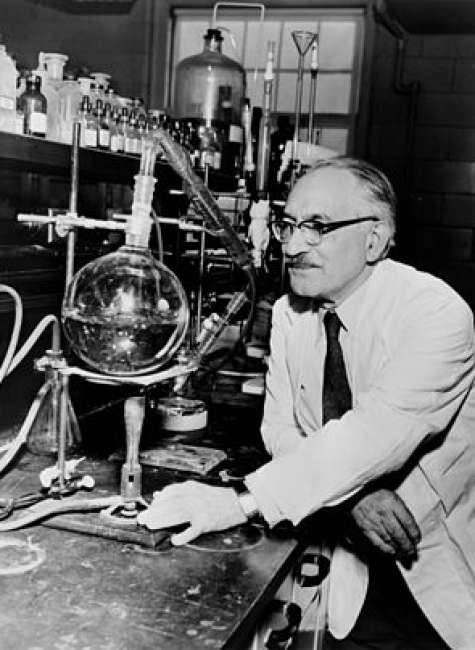