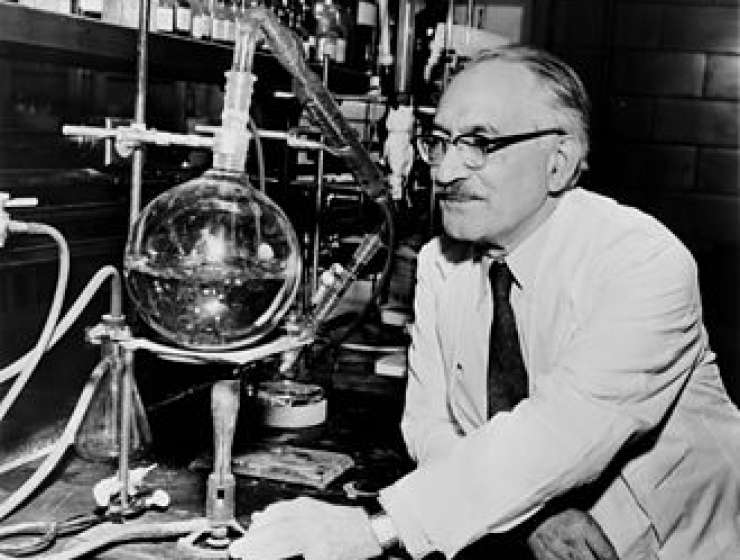 Selman Abraham Waksman (1888-1973) was born in the rural Ukrainian town of Novaya Priluka. The town and its nearby villages were surrounded by a rich black soil that supported abundant agricultural life. Although Waksman did not do much farming as a child, the chemistry of the fertile soil incited a curiosity in him that would eventually influence the direction of his future endeavors.

In 1910, after completing his matriculation diploma, Waksman followed the example of several relatives and migrated to the United States. He worked for a few years on a family farm in New Jersey and then enrolled in Rutgers College. There he studied bacteria in culture samples from successive soil layers, which resulted in his introduction to the actinomycetes. These bacteria became an enduring interest that Waksman studied for both his Master's and Doctorate degrees and on which he would eventually become a major expert.

Story Continues
jbc.org
What Do You Think Of That Genius?