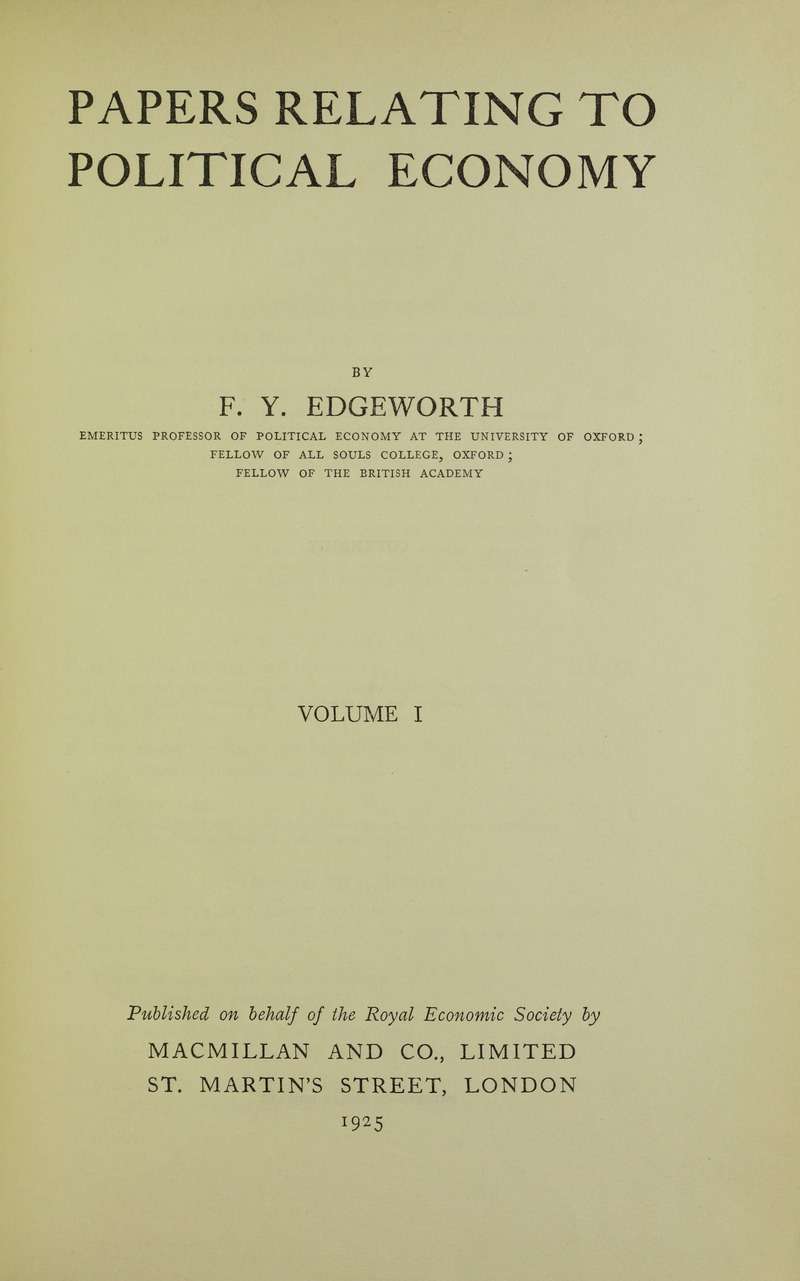 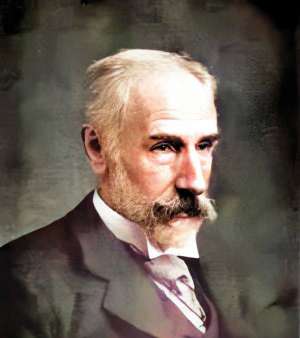 Economic controversy is generally a thankless task. You cannot hope to make any impression on your opponent. Yet he is the only reader on whose interest you can count.

Francis Ysidro Edgeworth was an Anglo-Irish philosopher and political economist who made significant contributions to the methods of statistics during the 1880s. From 1891 onward, he was appointed the founding editor of The Economic Journal.

Edgeworth was born in Edgeworthstown, County Longford, Ireland. He did not attend school, but was educated by private tutors at the Edgeworthstown estate until he reached the age to enter university. His father, Francis Beaufort Edgeworth, was descended from French Huguenots and "was a restless philosophy student at Cambridge on his way to Germany when he decided to elope with a teenage Catalan refugee Rosa Florentina Eroles he met on the steps of the British Museum. One of the outcomes of their marriage was Ysidro Francis Edgeworth the name order was reversed later...." Richard Lovell Edgeworth was his grandfather, and the writer, Maria Edgeworth, was his aunt.

As a student at Trinity College Dublin he studied classics getting a scholarship in 1863 and graduating in 1865, and at Balliol College, Oxford, Edgeworth studied ancient and modern languages. A voracious autodidact, he studied mathematics and economics only after he had completed university. He qualified as a barrister in London in 1877 but did not practise.

Edgeworth was a highly influential figure in the development of neo-classical economics. He was the first to apply certain formal mathematical techniques to individual decision making in economics. He developed utility theory, introducing the indifference curve and the famous Edgeworth box, which is now familiar to undergraduate students of microeconomics. He is also known for the Edgeworth conjecture, which states that the core of an economy shrinks to the set of competitive equilibria as the number of agents in the economy gets larger. In statistics, Edgeworth is most prominently remembered by having his name on the Edgeworth series.

His most original and creative book on economics was Mathematical Psychics: An Essay on the Application of Mathematics to the Moral Sciences, published in 1881 at the beginning of his long career in the subject. The book was notoriously difficult to read. He frequently referenced literary sources and interspersed the writing with passages in a number of languages, including Latin, French and Ancient Greek. The mathematics was similarly difficult, and a number of his creative applications of mathematics to economic or moral issues were judged as incomprehensible. However, one of the most influential economists of the time, Alfred Marshall, commented in his review of Mathematical Psychics:

Whatever else readers of this book may think about it, they would probably all agree that it is a very remarkable one.... There can be no doubt that in the style of his composition Mr. Edgeworth does not do justice to his matter. His style, if not obscure, is implicit, so that the reader is left to puzzle out every important sentence like an enigma.

In Mathematical Psychics 1881, his most famous and original book, he criticised Jevons's theory of barter exchange, showing that under a system of "recontracting" there will be, in fact, many solutions, an "indeterminacy of contract". Edgeworth's "range of final settlements" was later resurrected by Martin Shubik 1959 to be the game-theoretic concept of "the core".

When the number of agents in an economy increases, the degree of indeterminacy is reduced. In the limit case of an infinite number of agents perfect competition, contract becomes fully determinate and identical to the 'equilibrium' of economists. The only way of resolving this indeterminacy of contract would be to appeal to the utilitarian principle of maximising the sum of the utilities of traders over the range of final settlements. Incidentally, it was in this 1881 book that Edgeworth introduced into economics the generalised utility function, Ux, y, z, ..., and drew the first 'indifference curve'.

He was the first one to use offer curves and community indifference curves to illustrate its main propositions, including the "optimal tariff".

Taxation of a good may actually result in a decrease in price.

He set the utilitarian foundations for highly progressive taxation, arguing that the optimal distribution of taxes should be such that 'the marginal disutility incurred by each taxpayer should be the same' Edgeworth, 1897.

In 1897, in an article on monopoly pricing, Edgeworth criticised Cournot's exact solution to the duopoly problem with quantity adjustments as well as Bertrand's "instantly competitive" result in a duopoly model with price adjustment. At the same time, Edgeworth showed how price competition between two firms with capacity constraints and/or rising marginal cost curves resulted in indeterminacy. This gave rise to the Bertrand–Edgeworth model of oligopoly.

Edgeworth criticised the marginal productivity theory in several articles 1904, 1911, and tried to refine the neo-classical theory of distribution on a more solid basis. Although his work in questions of war finance during World War I was original, they were a bit too theoretical and did not achieve the practical influence he had hoped.

Though Edgeworth's economic ideas were original and in depth, his contemporaries frequently complained of his manner of expression for lack of clarity. He was prone to verbosity and coining obscure words without providing definition for the reader. 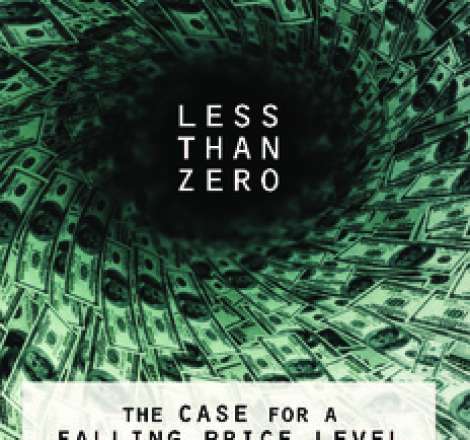 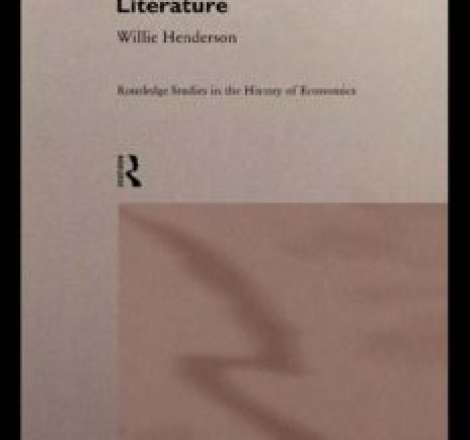 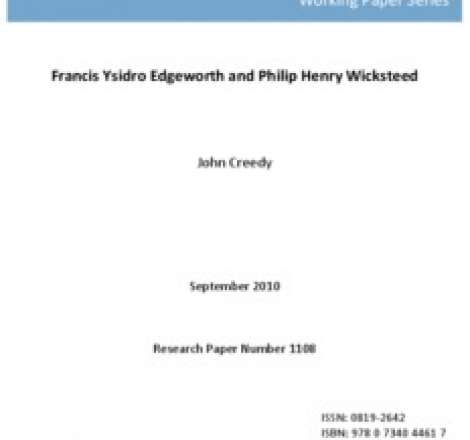 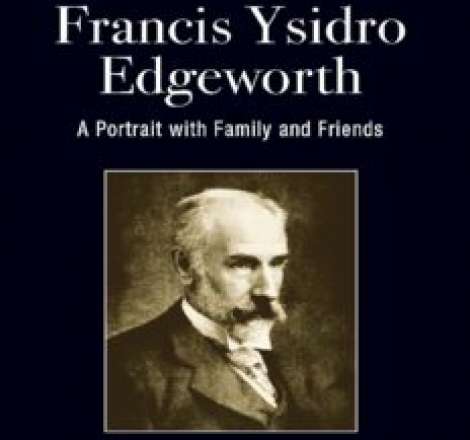 Economy
Francis Ysidro Edgeworth: A Portrait With Family and Friends 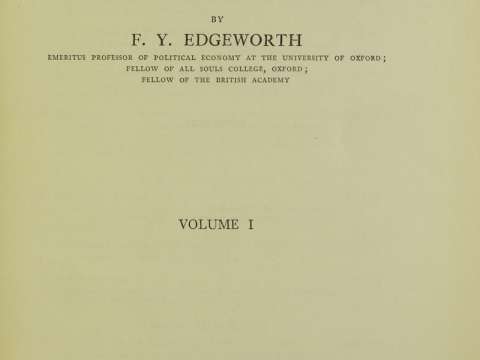 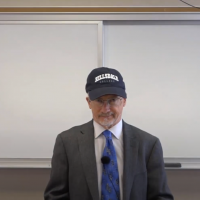 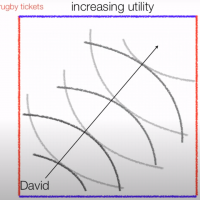 An Introduction to the Edgeworth Box Diagram 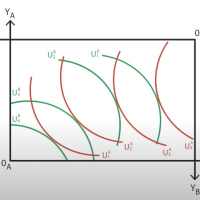 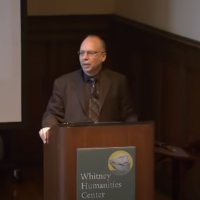 6. From Classical to Neoclassical Utilitarianism 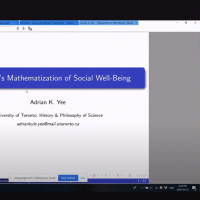 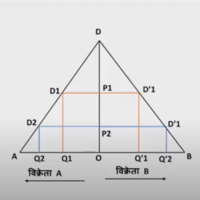 Edgeworth Duopoly Model in Marathi एजवर्थचे प्रतिमान
What Do You Think Of That Genius? 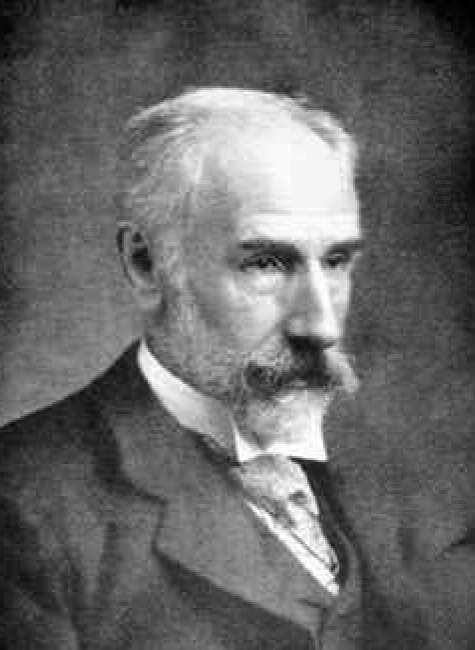