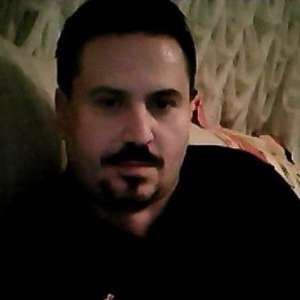 Mislav Predavec is a former child prodigy and currently a mathematics professor at the Schola Medica in Zagreb, Croatia.

In 2012, the World Genius Directory ranked Predavec as the third smartest person in the world.

Mislav's unique abilities were obvious from a young age and considered a child prodigy. Mislav told that at three years old his mother Nada "caught" him reading on the beach, "it was a comic book by Alan Ford". He also said that his grandfather was his educator, teaching him, by the age of 4, all of europe capital by heart.

In 2002 Predavec founded an exclusive IQ society called GenerIQ, which is an elite organization of some of the most intelligent people in the world and is part of a wider IQ society network.

Mislav lives on a professor's salary of several thousand euros a month, with which he takes care of his family: two children and even his wife Marijana, who lost her job.

Because of his wife disemployment, Mislav was forced to open a supermarket, but the recession is "eating" all the profits, and he might give up this business.

We hope that this brilliant mind would receive some significant business offers from outside of Croatia, which will take his potential to its best use.

in Mislav's  Facebook page it is mentioned that he likes the Pink Floyd, Mafia Wars, Leonardo De Vinci and Gloria magazine.

Best Known For: His remarcable IQ test scores and considered therefore as one of the smartest people alive.
Media: