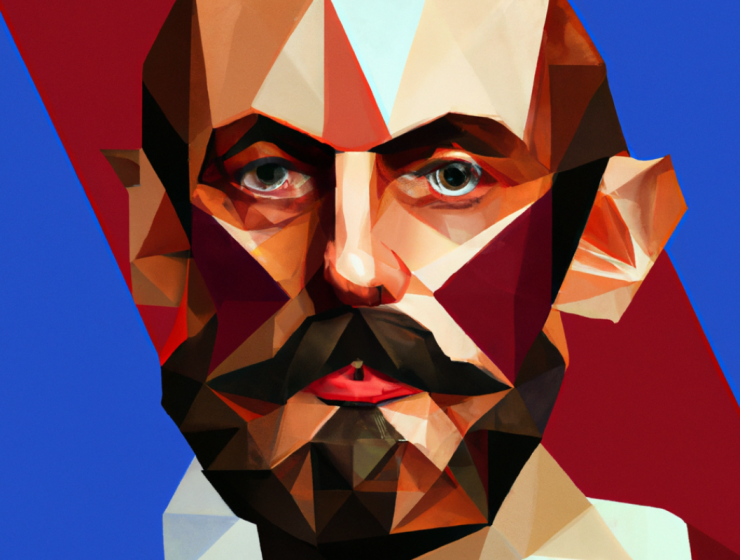 Euclid, also known as Euclid of Alexandria, is widely recognized as one of the greatest mathematicians of all time. His book "Elements," which is a comprehensive treatise on geometry, has been studied and admired for more than 2,000 years and is considered a classic work of mathematics. While it is not known for certain whether Euclid was a Jew, some historians believe that he may have been a member of the Jewish community in Alexandria, based on the fact that many Jews lived in the city at that time and made significant contributions to mathematics and other fields of study.

Euclid was born in Alexandria, Egypt in the 3rd century BCE, during a time when the city was a major center of learning and intellectual achievement. It was home to the famous Library of Alexandria, which was one of the largest and most comprehensive libraries in the ancient world, and was a hub of scientific and philosophical inquiry. Euclid was a contemporary of other great intellectuals such as Archimedes and Ptolemy, and his work was part of a larger tradition of scientific and mathematical innovation that was taking place in Alexandria at the time.

Euclid is most famous for his book "Elements," which is a comprehensive treatise on geometry. The book consists of 13 volumes, and it covers a wide range of topics including plane geometry, solid geometry, and the theory of numbers. Euclid's "Elements" was based on the work of earlier mathematicians such as Pythagoras and Eudoxus, but it was more comprehensive and systematic than anything that had come before it. Euclid's work was the first to present a rigorous and logical approach to geometry, and it became the standard textbook for the subject for more than 2,000 years.

In addition to his work on geometry, Euclid made important contributions to the field of mathematics in other areas as well. He developed the concept of an axiomatic system, which is a method of organizing and presenting mathematical concepts and principles in a logical and systematic way. Euclid's axiomatic approach was influential in the development of modern mathematics, and it is still used today.

Euclid's "Elements" was an important influence on the development of mathematics in the ancient world and beyond. It was translated into many different languages and was widely studied and admired for centuries. Euclid's work was a major influence on later mathematicians such as Archimedes, who is considered one of the greatest mathematicians of all time. Archimedes was a contemporary of Euclid and was greatly influenced by his work, and he built upon Euclid's ideas in his own mathematical investigations.

Euclid's "Elements" was also influential in the medieval period. The book was translated into Arabic in the 8th century, and it was widely studied in the Islamic world. It was later translated into Latin in the 12th century, and it became an important textbook in the European universities of the time. Euclid's work was a major influence on the development of mathematics in the medieval period, and it continued to be studied and admired for centuries.

In the modern era, Euclid's "Elements" has continued to be an important work in the field of mathematics. It has been reprinted and translated numerous times, and it is still studied and admired by mathematicians today. Euclid's work is considered a classic of mathematics, and it is a testament to his genius and enduring influence.

Euclid's "Elements" was not the only work that he produced during his lifetime. He also wrote several other books on mathematics, including "Data," which is a treatise on how to measure and calculate geometric figures, and "Optics," which is a work on the mathematics of optics and the properties of light. Euclid's work on optics was especially influential, and it was widely studied and admired in the ancient world.

Euclid's contributions to mathematics extended beyond his written works. He was also known as a teacher and a mentor to other mathematicians, and he is credited with influencing the work of many other mathematicians of his time. Euclid's impact on mathematics was so significant that he has been referred to as the "father of geometry." His work laid the foundations for the development of mathematics in the ancient world, and it continues to be studied and admired by mathematicians today.

Despite his significant contributions to mathematics, relatively little is known about Euclid's personal life. He lived in Alexandria, Egypt in the 3rd century BCE, and it is believed that he was a member of the intellectual elite in the city. Euclid was a contemporary of other great intellectuals such as Archimedes and Ptolemy, and he was likely well-educated and well-respected in his time.

It is not known for certain whether Euclid was a Jew, but some historians believe that he may have been a member of the Jewish community in Alexandria. Jews made up a significant portion of the population of Alexandria in the 3rd century BCE, and they were known for their contributions to mathematics and other fields of study. Euclid's work was part of a larger tradition of scientific and mathematical innovation that was taking place in Alexandria at the time, and it is likely that he was influenced by the intellectual environment of the city.

Despite the many gaps in our knowledge about Euclid's personal life, his impact on mathematics is undeniable. His book "Elements" is a classic work of mathematics that has been studied and admired for more than 2,000 years, and his contributions to the field have had a lasting impact. Euclid's "Elements" is a testament to his genius and enduring influence, and it is a testament to the enduring importance of mathematics in the world.