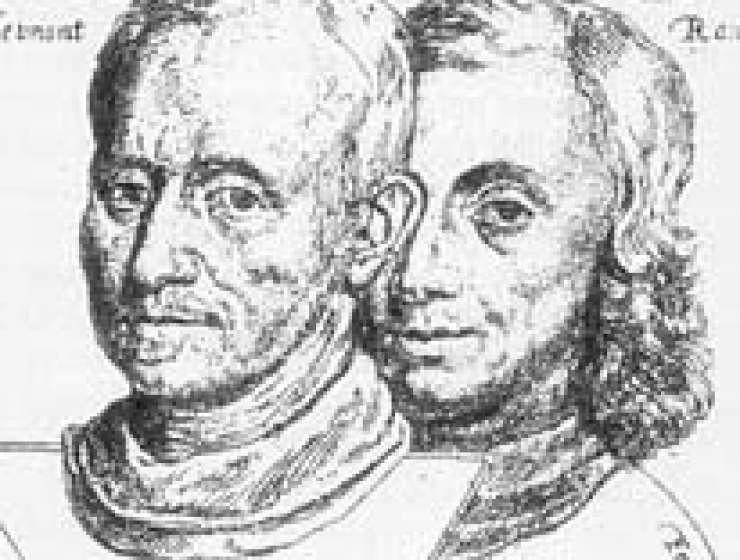 On January 12, 1580, Flemish chemist, physiologist, and physician Jan Baptist van Helmont was born. Can Helmont worked during the years just after Paracelsus and is sometimes considered to be “the founder of pneumatic chemistry“. Van Helmont is remembered today largely for his ideas on spontaneous generation and his introduction of the word “gas” (from the Greek word chaos) into the vocabulary of scientists.

“I praise my bountiful God, who hath called me into the Art of the fire, out of the dregs of other professions. For truly Chymistry… prepares the understanding to pierce the secrets of nature, and causeth a further searching out in nature, than all other Sciences being put together: and it pierceth even unto the utmost of real truth.”
– Jan Baptist van Helmont

Jan Baptist van Helmont was born in Brussels as a member of the nobler families. His father, Christiaen van Helmont, was a public prosecutor. His inheritance (his father died in 1580) and the income from his wife’s fiefs made him financially independent throughout his life. Helmont studied philosophy, theology, natural history and medicine in a Jesuit seminary in Leuven and received his doctorate in 1599. At the age of 17 he was already a teacher. In the early 17th century, Helmont traveled through Europe, especially England, France, Italy, and Switzerland. In 1605 he returned first to Amsterdam and practiced medicine during a plague epidemic. In 1606 he settled as a doctor and natural scientist on his estate Vilvoorde near Brussels. There he carried out chemical and physiological experiments in his private laboratory. Instead of accepting the Jesuits’ offer to enter into ecclesiastical service, he married Margarite van Ranst in 1609 and thus received the title Lord. He also rejected a call from Emperor Rudolf II. Van Helmont dealt with the works of Galenus, Hippocrates, Avicenna and Paracelsus.[9,10] He was a follower of Paracelsus and regarded him as his model, whereas he rejected galenic medicine and, on the basis of his own research, arrived at results that contradicted the traditional concept of humoral pathology.