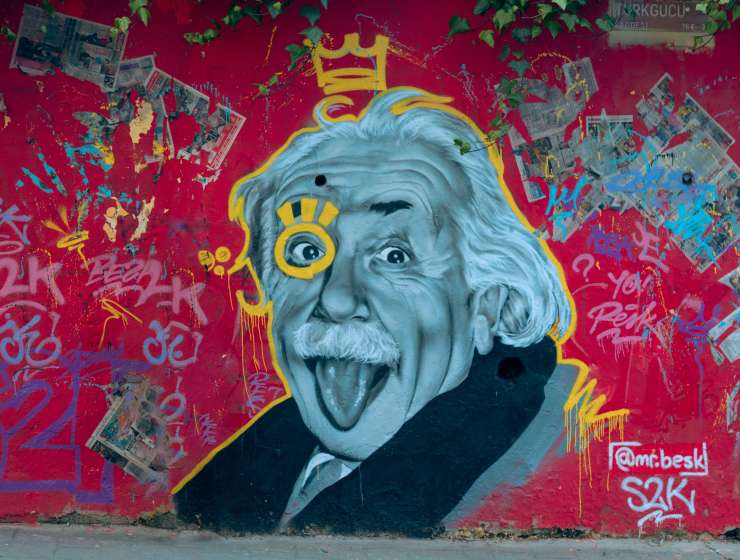 IQ, or "intelligent Quotient" is a psychological measure of rating human intelligence. The sum of the IQ represents the total score derived from a set of standardized tests. The term "IQ" was coined by the german psychologist William Stern for the German term Intelligenzquotient, his term for a scoring method for intelligence tests at University of Breslau in 1912 book. Although IQ became synonyms for intelligence, they are not identical but an IQ is only an estimation of intelligence, mainly due to the abstract nature of the concept of intelligence.

in order to determine IQ, people need to take an IQ test with questions about logic, comparison, arithmetic, memory, general knowledge, calculation, logic puzzles and then compare the ratio of the score they achieved with an average score of different age groups achieved. That means that IQ is not an absolute score but a relative one. Additionally, it is believed that IQ is very little changed during our life and more or less stabilized at the age of 16, although might slightly increase until the age of 30.

There are many kinds of IQ tests. It is not a single set of questions. This variety includes a wide range of item content, some are visual, some are verbal, some are based on abstract-reasoning problems, arithmetic, vocabulary, or general knowledge. Not only that, but different test time can produce different results to the same participants. That’s why IQ scores can differ to some degree for the same person on different IQ tests, so a person does not always belong to the same IQ score range each time the person is tested. That being said, among the well known tests there is correlation between the scores after repetition, i.e. high statistical reliability. It means that people who are tested in different tests will spread relatively the same on the score distribution, while the confidence interval can be approximately 10 points. Since the early 20th century the IQ test has been in constant revision, due to research in order for it to become more accurate and a better indicator of intelligence. The  Wechsler Adult Intelligence Scale (WAIS) for adults and the Wechsler Intelligence Scale for Children (WISC) for school-age test-takers are the most popular and recognisable tests in the United States. Other commonly used individual IQ tests include the Stanford-Binet Intelligence Scales, the Differential Ability Scales, the Cognitive Assessment System, the Kaufman Assessment Battery for Children and the Woodcock-Johnson Tests of Cognitive Abilities.

It should be noted that modern IQ tests do not report only a single general IQ score but also scores for many specific abilities, identifying particular strengths and weaknesses of an individual.

IQ results are not absolute in the meaning that they do not stand alone but represent a statistical relative result in comparison to others who have made the test. From a statistical point of view, the median raw score of the norming sample of a modern IQ test is defined as 100 IQ and each standard deviation up or down are defined as 15 IQ points greater or less. therefore, approximately two-thirds of the population scores are between IQ 85 and IQ 115, about 2.5 percent of the population scores above 130, and 2.5 percent below 70.

Here is the conventional hierarchy of intelligence and IQ:

Validity of IQ Tests as a Measure of Intelligence

IQ tests have some critics. While they are generally considered to measure some forms of intelligence, like those needed for academic work, they fail to serve as an accurate measure of broader forms of intelligence such as creativity and social intelligence. That’s why psychologists  argue that their construct validity must be carefully qualified and not be overstated.

when an abstraction is treated as if it were a concrete real event or physical entity - it is called reification. Some critics of the IQ validity as an intelligent measure claim that intelligence and mental ability are very wide concepts and cannot be measured and quantified through IQ tests, and doing so falls.

evolutionary biologist Stephen Jay Gould compared IQ testing with the now-discredited practice of determining intelligence via craniometry - measuring certain aspects of the skull, arguing that both are based on the fallacy of reification, his book The Mismeasure of Man is listed as one of Discover Magazine's "25 Greatest Science Books of All Time".

Despite these objections, clinical psychologists generally regard IQ as having sufficient statistical validity for many clinical purposes.

How To Be Tested?

These days you have a wide range of IQ tests administered by different institutions and companies. Their cost varies from absolutely free to about 200$, depending on who administers it. The most accurate and detailed is probably the  WAIS — Wechsler Adult Intelligence Scale - test conducted by a licensed psychologist.