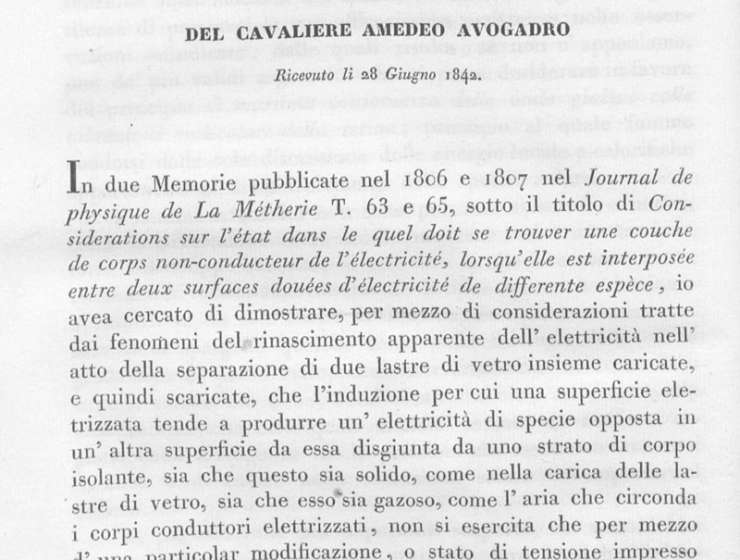 THE EARLY HISTORY of chemistry has many interesting stories. Just consider the problems scientists had 200 years ago as they tried to figure out some of the most basic ideas of chemistry. It was clear that there were different substances—for instance, water is different than coal. But it wasn't so clear what these substances were made of. You could take something like nitrogen gas (N 2) and oxygen gas (O2) and combine them together to make another gas (in this case NO2). It thus seemed reasonable to suppose that stuff (molecular gas) was made of smaller stuff (atoms). But the evidence isn't so easy to see. The primary difficulty is that humans can't see molecules or atoms. All the scientific ideas have to be built on indirect evidence.

This is where Amedeo Avogadro comes into the picture (of course his real name is Lorenzo Romano Amedeo Carlo Avogadro di Quaregna e di Cerreto—but everyone just calls him Avogadro for obvious reasons). Avogadro developed the following idea:

Avogadro's Law: If you have two gasses at the same temperature and pressure, they will occupy the same volume only if they contain the same number of molecules.