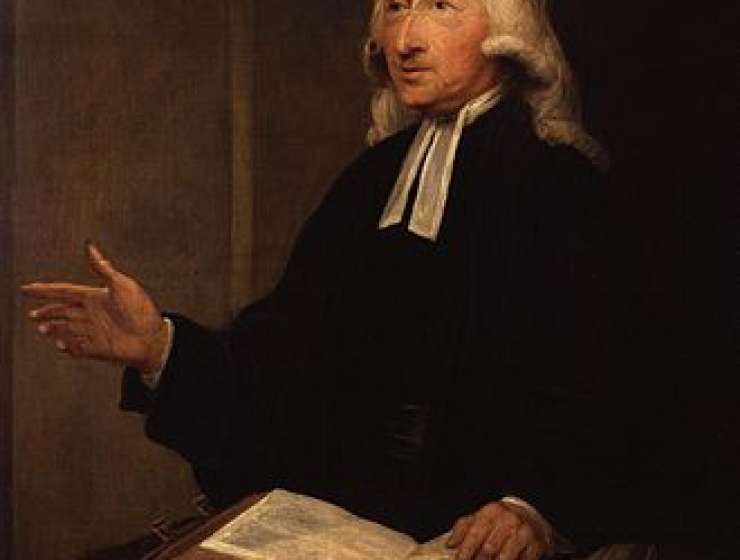 Is anybody listening to the voice of John Wesley anymore? Of course Wesley is still famous enough, with a name widely recognized more than two centuries after his death. He has fame, fans, and followers. There are not only the United Methodist churches (I got saved in one) but a whole family of other Wesley-influenced denominations: the Wesleyan Church, the Free Methodist Church, the Church of the Nazarene, the African Methodist Episcopal Church, and so on. There are Methodist youth groups (I led one), Wesleyan and Methodist seminaries (I went to one of the best), and holiness camp meetings (I attended one as a teenager). There is even a Wesleyan Theological Society (I’m a member) with its own journal (I’m a subscriber), and experts in Wesleyan studies. These self-identified fans and followers of John Wesley know his message.

But Wesley’s words were once heard in every church, not just the ones directly downstream from his institutional influence. His voice was once impossible to ignore, and his influence inescapable. Today, however, outside the self-identified Wesleyverse, the Wesley Literacy Quotient among evangelicals has declined alarmingly. A generation has arisen that does not know Wesley. Names, phrases, and stories that once resonated with evangelicals everywhere now signify nothing to most: Epworth, “a brand plucked from the burning,” the Holy Club, Aldersgate, “my heart was strangely warmed,” “the world is my parish,” “earn all you can and give all you can,” “offer them Christ.” Aside from a few of Charles Wesley’s hymns that have become permanent parts of Christian worship (“Hark, the Herald Angels Sing,” “O for a Thousand Tongues to Sing,” “And Can It Be That I Should Gain”), the words of the Wesleys are not being heard.

Story Continues
crossway.org
What Do You Think Of That Genius?