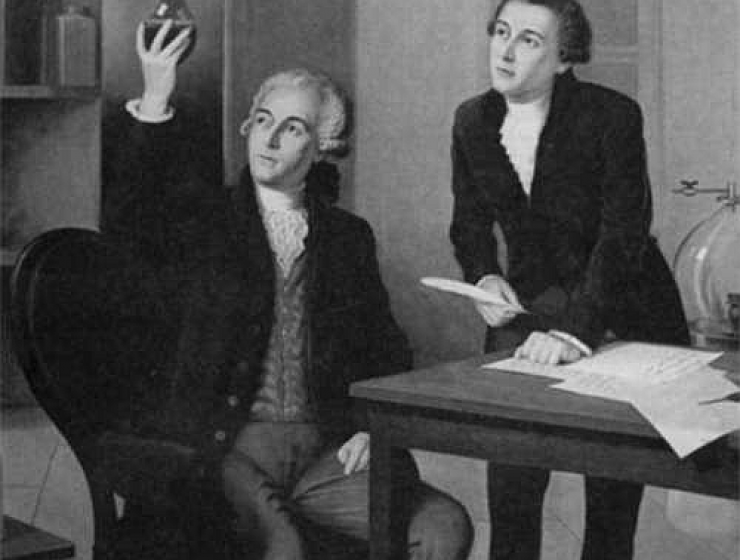 Born into a noble family, the son of an attorney at the Parlement de Paris, Antoine Lavoisier invested his fortune in the Ferme générale, a tax-farming company that collected tax and customs on behalf of the royal government in return for a handsome cut. With his finances secure, the dashing Lavoisier could embark on his study of chemistry, aided by his 13-year-old prodigy of a bride, Marie-Anne Pierrette Paulze, who translated foreign papers for him and kept extensive notes on his work.

Perhaps Lavoisier’s greatest contribution to chemistry was in the development of modern chemical nomenclature and scientific method. He was not, however, averse to borrowing ideas from others and claiming them as his own with new names. As his own biographer delicately puts it: ‘This tendency to use the results of others without acknowledgment ... was characteristic of Lavoisier.’