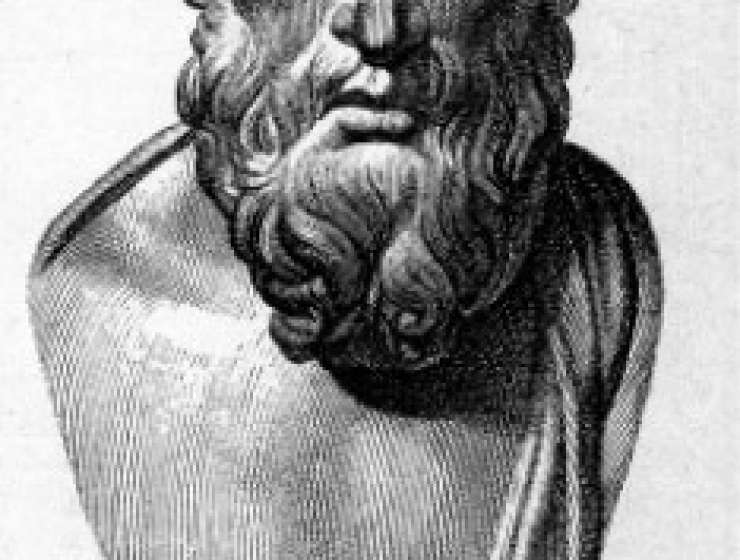 Oenoanda was an ancient town of modest size and middling prosperity, perched on the rugged hills above the River Xanthus in Lycia, now southwestern Turkey. It was here, sometime around the reign of Hadrian (a.d. 117–38), that a citizen named Diogenes erected a portico destined to bear one of the longest Greek inscriptions ever carved. More than a hundred fragments of ­Diogenes’s grandiose inscription have been found. It is conventionally estimated that the text was more than twenty-five thousand words long and sprawled more than two hundred feet. Diogenes had “reached the sunset” of his life, and he wished to impart the wisdom of philosophy to posterity. His advice covered physics, ethics, religion, epistemology, and what we might call cosmology. If he had given his message a brief title, he might have chosen How to Be an Epicurean.

That is the title of philosopher Catherine Wilson’s new book on “the ancient art of living well.” The book belongs to a mini-genre that is having a moment, presumably as publishers recognize the commercial potential of upper-middlebrow books that package smart and readable takes on ancient philosophy with a dash of self-help. Thus we have John Sellars’s Lessons in Stoicism and Massimo Pigliucci’s How to Be a Stoic. (We lack, alas, How to Be a Pythagorean.) How to Be an Epicurean holds its own among its kind, with jargon at a minimum and lively examples on every page. Wilson offers a crisp and thoughtful invitation to take Epicurus and his philosophical system seriously.

Story Continues
firstthings.com
What Do You Think Of That Genius?