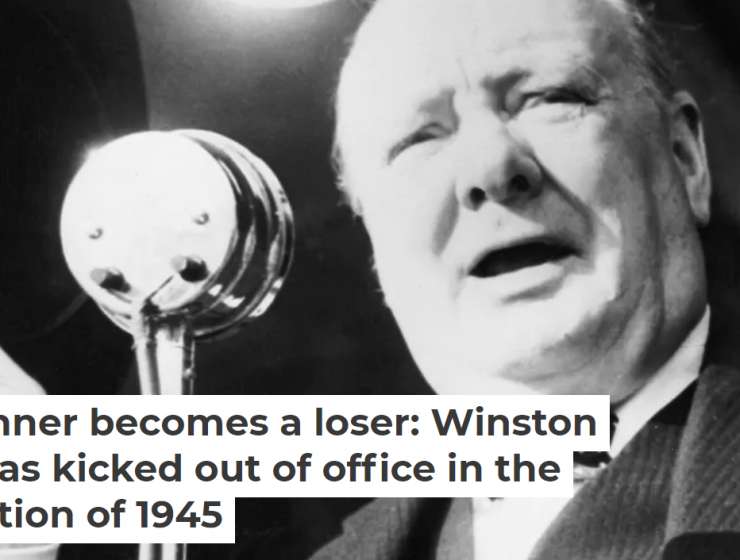 1
231
0
When a winner becomes a loser: Winston Churchill was kicked out of office in the British election of 1945
Politics

The end of World War II in Europe and the defeat of Hitler and Nazi Germany in early May 1945 turned British Prime Minister Winston Churchill into the world’s most eminent statesman. He was feted and celebrated everywhere he went and had an approval rating of 83%.

Yet he suffered a humiliating election defeat in 1945.

Churchill’s electoral fate shows, I believe, that democratic elections are not won due to past achievements, personal glory and celebrity status, but because of a persuasive and realizable program for the next four or five years. Winning parties or candidates need a vision that addresses the genuine concerns and deep anxieties of the voters.