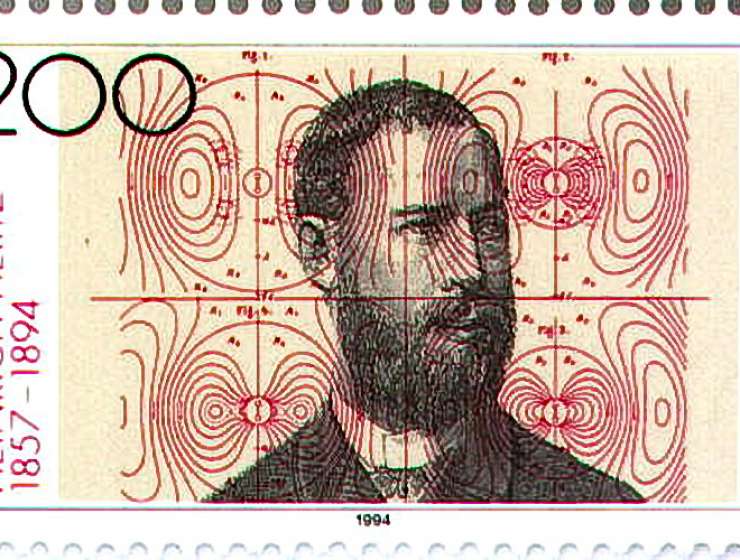 The German physicist Heinrich Hertz is widely known for being one of the first scientists to broadcast and receive electromagnetic waves, but he is also important for his contributions to the field of optics. Most notably, Hertz was the first investigator ever to observe the phenomenon that would eventually come to be known as the photoelectric effect. The discovery of this phenomenon, which is generally defined as the emission of electrons from a surface exposed to electromagnetic radiation above a certain threshold frequency, had a tremendous influence on the perception of light, which was just beginning to be understood in terms of a duality between waves and particles late in Hertz's lifetime, and which would not come to be widely accepted until many years after his death.

Heinrich Hertz was born on February 22, 1857, in Hamburg, Germany, but studied in a number of different cities, including Dresden, Munich, and Berlin, under a number of prestigious scientists, such as Hermann von Helmholtz and Gustav Kirchhoff. Hemholtz reportedly had a particularly strong influence on the young scientist, who would continue to study with him for several years after he received his doctorate degree magna cum laude in 1880. In 1883, however, Hertz accepted a position as lecturer of theoretical physics at the University of Kiel. He was appointed as a full professor at the Karlsruhe Polytechnic in 1885, a post he retained until 1889, when he became a professor of physics at the University of Bonn. It was at Karlsruhe that Hertz carried out many of his most important experiments.