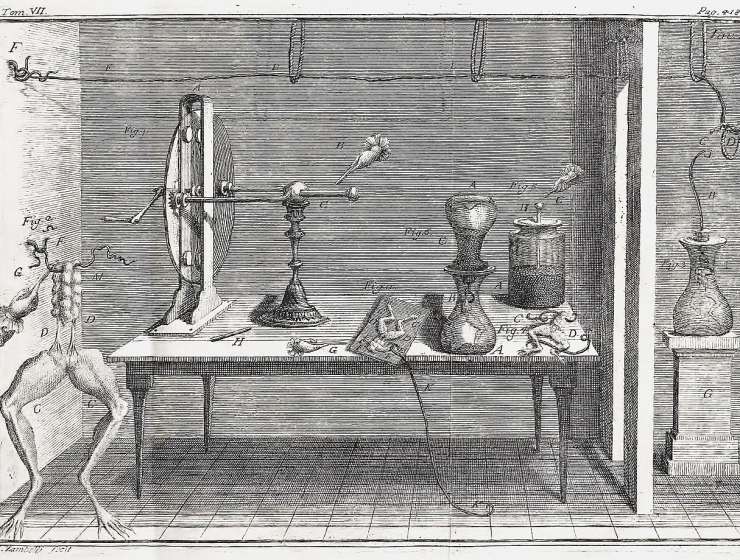 Together with its companion paper, dealing with the contribution of Luigi Galvani to the history of electrophysiology, this article provides a biographical sketch of the scientist of Bologna in the occasion of the bicentenary of his death. Studies on Galvani have focused mainly on his "discovery" of animal electricity, and on the controversy with Alessandro Volta. Much less is known about Galvani's life and activity as a teacher, physician, and researcher in the fields of comparative anatomy, physiology, and chemistry of life.

Yet, a balanced assessment of the significance and the role of Galvani's research in the history of science will be possible only after a historical reconstruction of his entire activity. This should take into account aspects of Galvani's life that have been little studied up to now: Galvani's scientific background, the scientific context in which his interest for muscular physiology arose, the interplay between his activity as a researcher and as a physician, the origin and characteristics of his experimental approach to biological studies, and the development of his experimental research in the crucial period culminating in his electrophysiological explanation of muscular motion. The present article aims at offering a contribution in this direction.