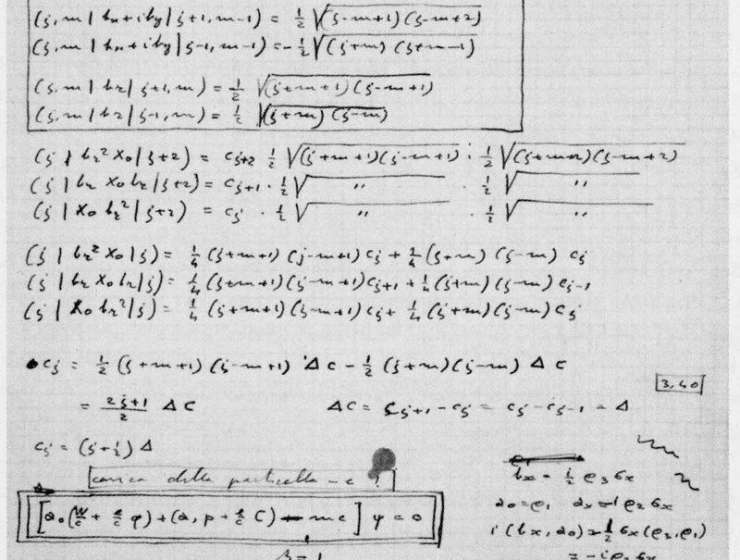 Antonino Zichichi provides a dual insight into Ettore Majorana: the genius of his many contributions to physics, and the mystery that surrounds his disappearance.

Ettore Majorana was born in Sicily in 1906. An extremely gifted physicist, he was a member of Enrico Fermi’s famous group in Rome in the 1930s, before mysteriously disappearing in March 1938.

The great Sicilian writer, Leonardo Sciascia, was convinced that Majorana decided to disappear because he foresaw that nuclear forces would lead to nuclear explosives a million times more powerful than conventional bombs, like those that would destroy Hiroshima and Nagasaki. Sciascia came to visit me at Erice where we discussed this topic for several days. I tried to change his mind, but there was no hope. He was too absorbed by an idea that, for a writer, was simply too appealing. In retrospect, after years of reflection on our meetings, I believe that one of my assertions about Majorana’s genius actually corroborated Sciascia’s idea. At one point in our conversations I assured Sciascia that it would have been nearly impossible – given the state of physics in those days – for a physicist to foresee that a heavy nucleus could be broken to trigger the chain reaction of nuclear fission. Impossible for what Enrico Fermi called first-rank physicists, those who were making important inventions and discoveries, I suggested, but not for geniuses such as Majorana. Maybe this information convinced Sciascia that his idea about Majorana was not just probable, but actually true – a truth that his disappearance further corroborated.

Story Continues
cerncourier.com
What Do You Think Of That Genius?