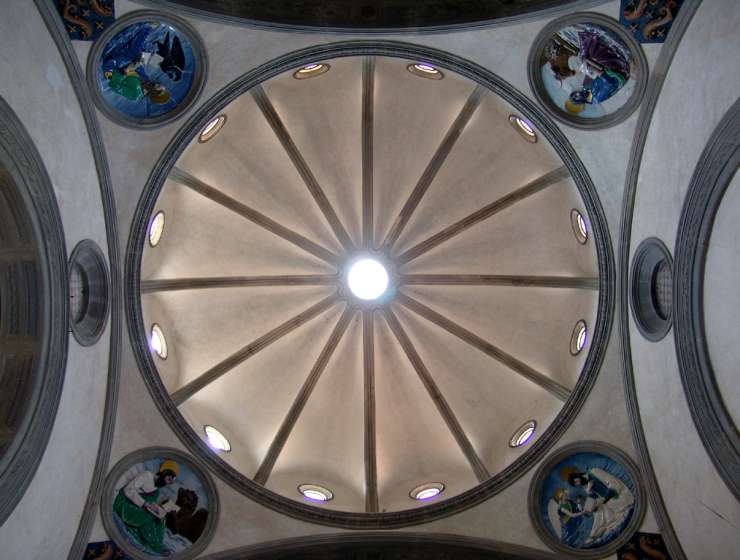 In 1418 the town fathers of Florence finally addressed a monumental problem they’d been ignoring for decades: the enormous hole in the roof of their cathedral. Season after season, the winter rains and summer sun had streamed in over Santa Maria del Fiore’s high altar—or where the high altar should have been. Their predecessors had begun the church in 1296 to showcase the status of Florence as one of Europe’s economic and cultural capitals, grown rich on high finance and the wool and silk trades. It was later decided that the structure’s crowning glory would be the largest cupola on Earth, ensuring the church would be “more useful and beautiful, more powerful and honorable” than any other ever built, as the grandees of Florence decreed.

Still, many decades later, no one seemed to have a viable idea of how to build a dome nearly 150 feet across, especially as it would have to start 180 feet above the ground, atop the existing walls. Other questions plagued the cathedral overseers. Their building plans eschewed the flying buttresses and pointed arches of the traditional Gothic style then favored by rival northern cities like Milan, Florence’s archenemy. Yet these were the only architectural solutions known to work in such a vast structure. Could a dome weighing tens of thousands of tons stay up without them? Was there enough timber in Tuscany for the scaffolding and templates that would be needed to shape the dome’s masonry? And could a dome be built at all on the octagonal floor plan dictated by the existing walls—eight pie-shaped wedges—without collapsing inward as the masonry arced toward the apex? No one knew.