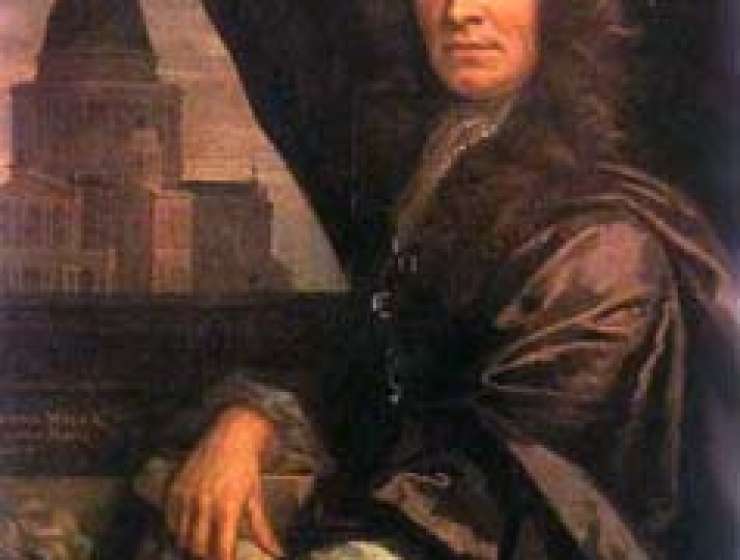 Sir Christopher Wren (20 October 1632 – 25 February 1723) is one the most significant architects in British history, and was a recognized astronomer, scholar, and physicist-mathematician. Wren was classically trained at the University of Oxford in physics and engineering where he developed his interest in architecture. He is perhaps most famous for designing London's iconic St Paul's Cathedral, however he is credited with the design of dozens of other churches, government buildings, and hospitals in England. Wren was knighted in 1673.

Wren received his first architectural commission in 1663 from his uncle, the Bishop of Ely, to design a new chapel for Pembroke College in Cambridge. After the Great Fire of London destroyed much of the city in 1666, Wren seized the opportunity to redesign the burned areas with a network of wide boulevards. His proposal was rejected, in part due to difficulties in establishing the owners of the land after such a huge disaster, but he succeeded in building 52 churches across the city, including St Paul's. Shortly thereafter, Wren was appointed surveyor of the Royal Works by King Charles II, tasked with supervising all government buildings and royal palaces in Britain.

Story Continues
archdaily.com
What Do You Think Of That Genius?