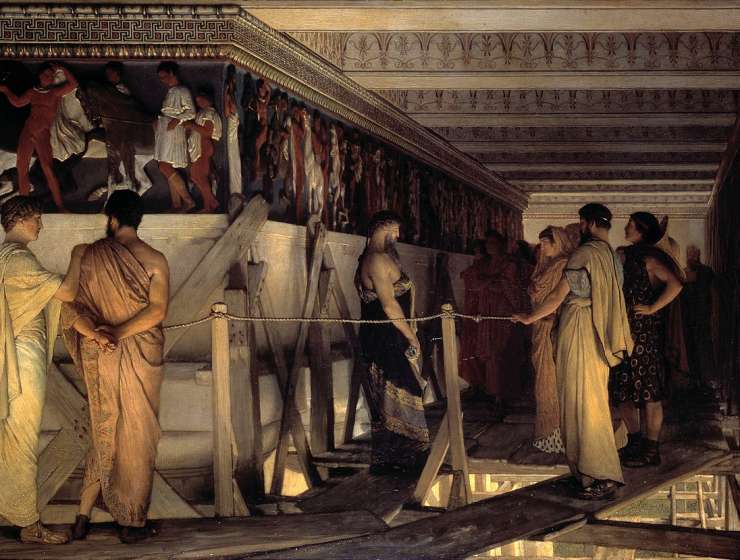 Phidias was by far the most famous ancient Greek sculptor. The Greeks spoke of his sculptures as if they were gods themselves and their creator earned a seat amongst the greatest artists of all times. 2,500 years after his death, Phidias’ name remains synonymous with classical Greek sculpture, the Acropolis of Athens, as well as one of seven wonders of the world, the statue of Zeus in Olympia.

Most of Phidias’ life is unknown. , what is known with certainty is that he was highly respected among the ancients and considered to be the greatest sculptor of all time.

Phidias was the son of Charmides and was born in Athens at some point around 490. He studied the principles and techniques of Greek sculpture next to Hegias and Hageladas and quickly rose to prominence as he became friends with Pericles, the man that dominated the politics of Athens and led the city through its Golden Age, also called the Golden Age of Pericles.