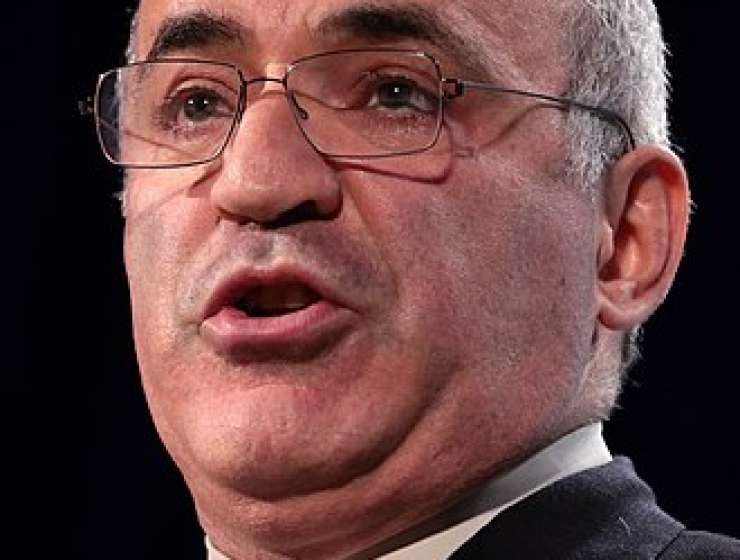 Whether you’re training for a tournament or just beginning your study of the game, here are eight tips from Kasparov for developing a winning routine.

Study tactics to build pattern recognition. According to Kasparov, “You cannot develop intuitive pattern recognition just by studying a few key examples. You need practice and repetition. Solving dozens, even hundreds, of tactical positions is a most effective way to build up your memory bank of tactical themes and patterns.” Aside from game collections and instruction books, Kasparov recommends books that have very little text all, just diagram after diagram of positions to solve. Going through dozens, even hundreds, of tactical positions on a regular basis is a great way to build pattern recognition. They might also include endgame studies and composed checkmate puzzles that will help you sharpen your game.

Practice against the clock. In the early days of the game, chess could be a game of physical endurance with some players making their moves quickly while others pondered for hours. Chess clocks became part of the game in the 19th century, although primarily used in tournament chess, to ease the strain on players and bring tournaments to an exciting close. For a real test of your wits, and your hand speed, try blitz chess. In blitz, or speed chess, the players start with as little as five minutes on the clock for the entire game. Bullet Chess is even quicker at just 1 minute per game.

Story Continues
masterclass.com
What Do You Think Of That Genius?