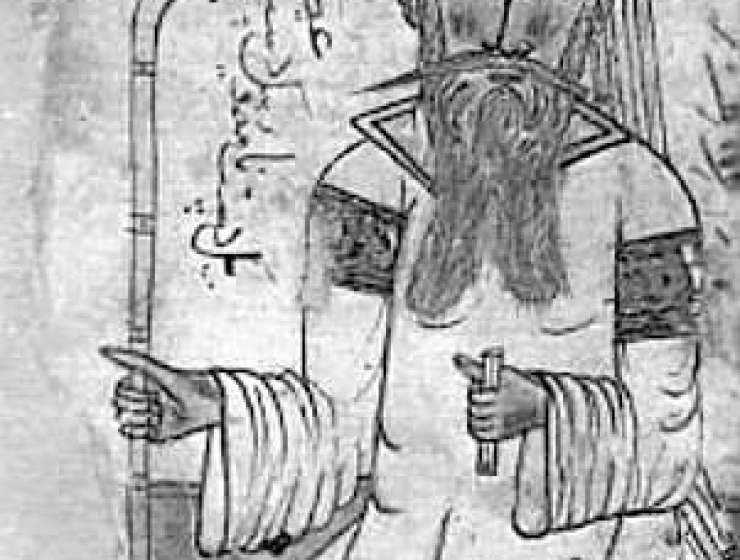 Ibn Sina was a famous Muslim philosopher and physician who was born in 980 at Bukhara (Uzbekistan) and died in 1037 at Hamadan (Iran). In the West, Ibn Sina is more commonly known by his Latin name Avicenna. Most of his works were written in Arabic as it was the language of science at that time. Two of his books achieved an international circulation and influence and were translated into Latin, handwritten and reprinted many times after his death. The Book of Healing was, principally, Avicenna's interpretation of Aristotelian Philosophy although it also included chapters about metaphysics, psychology and other sciences. The Canon of Medicine was Avicenna's account of the sum of medical knowledge from the period in which he attempted to amalgamate the works of the famous Greek physician, Galen of Pergamum (129–200 AD) with known eastern medical practises, especially the work of Al-Razi [Rhazes (835–925)] in Kitab Al-Hawi (The Continens). Avicenna also added his own contributions in what became the reference of medicine for almost six centuries.

The Latin translation of The Canon was a major part of the syllabus at many European universities until late sixteenth century, including Montpellier, Leipzig, Tübingen, Vienna and Frankfurt-on-Oder 2. The general rule was ‘a good doctor must be a good Avicennist’ 3. When The Canon fell out of favour it was burned in Basel by Paracelsus (1493–1541) as an objection to the Avicenna doctrine.

Avicenna is held in esteem for many pioneering descriptions, including surgical procedures and diseases such as diabetes, although nowadays much of his work is studied for historical interest 567. Interestingly, few modern-day scholars have explored Avicenna's understanding of sensation and pain. In the 1993 textbook, The History of Pain, Rey highlighted an absence of research into pain from Avicenna's era 8. However, only one page within this 409-page book was devoted to Avicenna's work. The aim here is to present and analyse Avicenna's writing on pain using an original Arabic manuscript of The Canon which was printed in Rome in the sixteenth century.