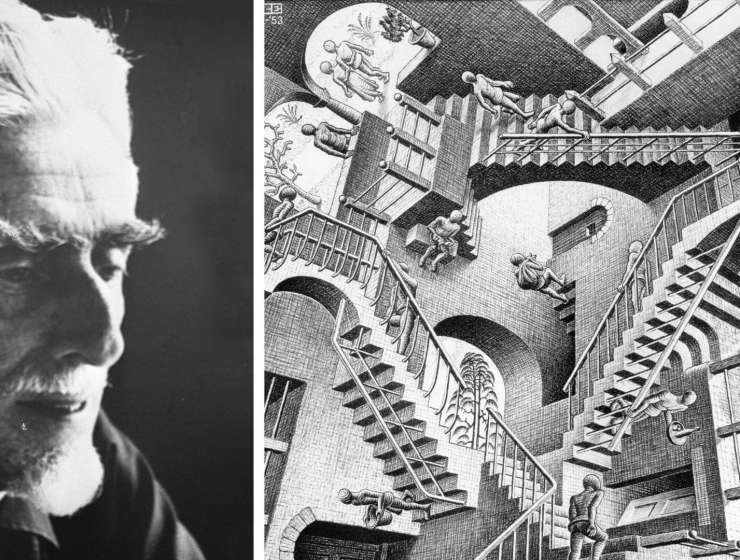 Between 1957 and 1986 Martin Gardner wrote the Mathematical Games column for this magazine, with a total of 297 installments. During that time he became the world's most prolific and best-known popularizer of recreational mathematics. His fans still revere him as a kind of sorcerer who conjured up an endless feast of puzzles, games and riddles built on mathematical ideas that often turned on counterintuitive twists. He may have lived as he wrote: after visiting Gardner's office, in the attic of the writer's home, the late mathematician John Horton Conway remarked that “it was filled with puzzles, games, mechanical toys, scientific curiosities, and a host of other intriguing objects, exactly like a wizard's den.”

In his April 1961 column, Gardner introduced U.S. audiences to Dutch artist M. C. Escher, a meticulous craftsman who took great delight in defying expectations and breaking rules. He created mind-bending worlds where impossible things happen: Animals crawl out of the page, staircases rise to meet themselves and form infinite closed loops where one can climb forever, gravity pulls in multiple directions, and waterfalls cascade into the same pools that produced them.