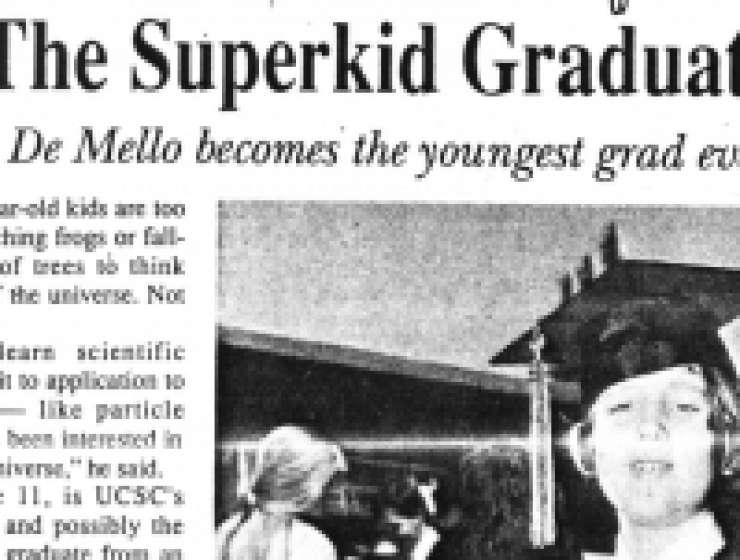 When Morley Safer first interviewed Adragon De Mello for 60 Minutes in 1987, the 10-year-old's father thought he was a genius. The boy, known as A.D., was in college because his father said there were no schools, public or private, that could challenge his son's intelligence.

But A.D.'s road to a higher education was a rocky one, and so was his life at home, where the pressure to succeed often became overwhelming. Before finding out how that 10-year-old is coping as a 23-year-old, review the profile of the boy 13 years ago.

On campus, A.D. De Mello resembled somebody's little brother who had come to visit and lost his way.

But this fellow was a full-fledged sophomore at Cabrillo College, a two-year community college in Santa Cruz, Calif. He took a much heavier workload than most college students - 21 hours a week in physics, political science, calculus, astronomy and meteorology.

"I like doing the things they have in college, like finding - doing calculus formulas and finding out how the weather works, finding out what the real raindrop looks like," he said, adding about the raindrop that "Instead of being a nice circle, it's - instead, it's a big, bulgy blob."

Story Continues
cbsnews.com
What Do You Think Of That Genius?