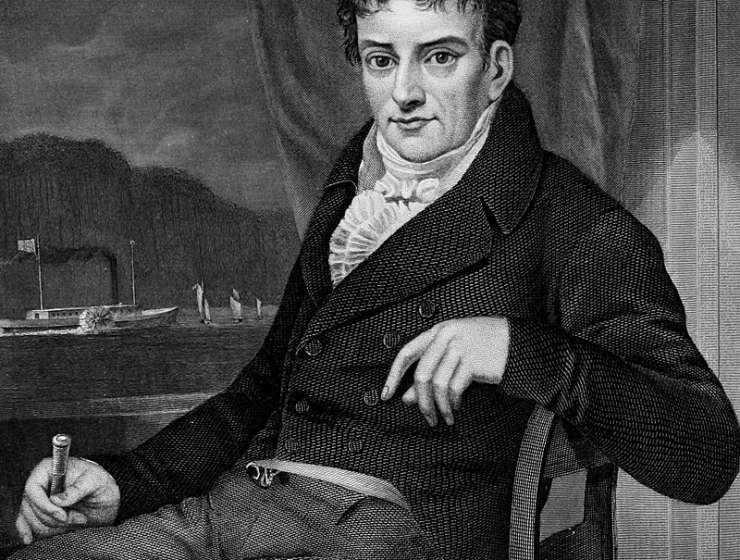 1
196
0
The Fire of His Genius: Robert Fulton and the American Dream
Engineering

Robert Fulton is famous in American history as the inventor of the steamboat. In The Fire of His Genius, Kirkpatrick Sale, author of books about the European discovery of America, the Luddites, and other topics, sets out to debunk several myths about Fulton and give us a more balanced—and sometimes jaundiced—view of Fulton's life and the world in which he lived. There is no question that Fulton was a genius. During the first forty years of his life, however, his genius consisted mainly in ingratiating himself with wealthy people by promising artistic and technological wonders. Only late and marginally did he become interested in steam power. His main obsession seems to have been naval warfare, in particular building human-powered submarines and the floating mines he called "torpedoes."

Although he was a failure as an artist and as a designer of weapons, Fulton was amazingly successful as a confidence man. He moved from the United States to Britain, from Britain to France, then back to Britain. At a time when Britain and France were at war, he was able to play one against the other, promising each country this his inventions would defeat its enemies, and threatening to divulge his "secrets" to the enemy if he were not paid handsomely. He ended up, at age forty, a wealthy man, having achieved nothing. His story should be an inspiration to traitors and blackmailers everywhere.