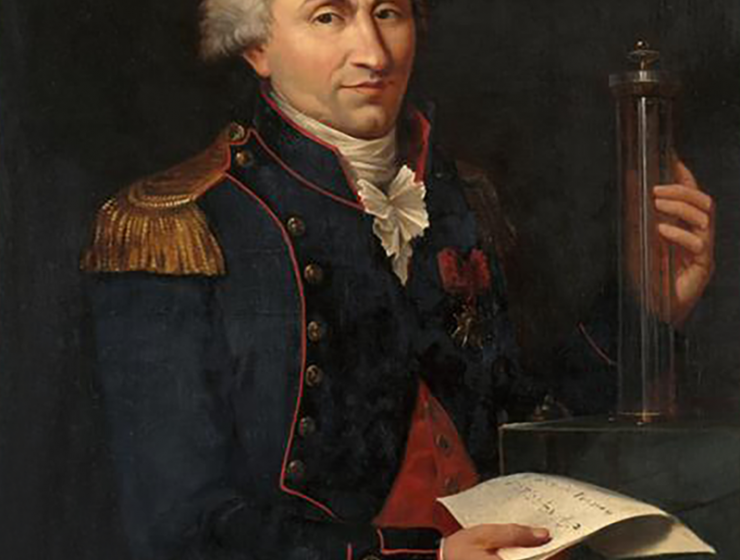 In the early eighteenth century and before, England had long been the scene for most of the important research and theorizing about the nature of electricity and magnetism. The focus shifted to France in the late eighteenth century. Scientists increasingly appreciated that scrupulous observation and exact measurement could provide a more realistic basis for understanding the physical world, as opposed to grandiose explanations involving vague notions such as effluvia and affinity of fluids.

Charles-Augustin de Coulomb played a central role in this new way of describing the basic forces of electrostatics and magnetism. He lived from 1736 to 1806, with many of his most active years coinciding with the French Revolution and its Napoleonic denouement. Notwithstanding, Coulomb managed to sidestep the attendant terrors and dislocations, spending the latter part of his life in seclusion and ill health while remaining highly productive. Despite setbacks, he continued his research into electrical and magnetic phenomena and formulated physical laws that described them.

Coulomb devised an instrument he called the torsion balance. It was capable of measuring very weak forces, physical, magnetic or electrical. This sensitive instrument provided insights into the nature and relations between key electrical parameters.

Story Continues
testandmeasurementtips.com
What Do You Think Of That Genius?