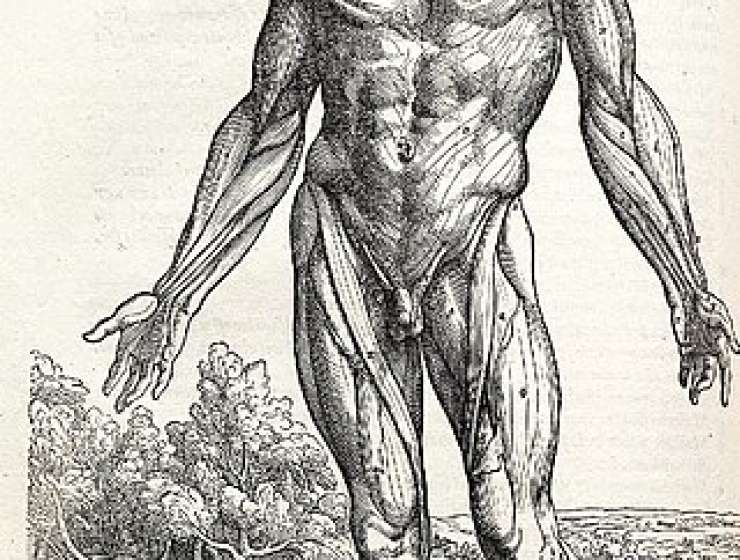 December 31, 2014 marked 500 years since the birth of Andreas Vesalius. Praised by contemporaries and lauded by generations since as the most important anatomist in western history, he fundamentally reshaped the discipline, made numerous anatomical discoveries, and most importantly, advanced the trajectory of modern medicine by rejecting textual dependence in favor of personal observation. This article, commemorating Andreas Vesalius and his accomplishments on the 500th anniversary of his birth, will first provide a brief biography of the man. It then discusses his role as the “Father of Anatomy” and his influence in transforming the study of the human body. Finally, it highlights Vesalius' specific contributions to vascular anatomy and physiology.

A portrait of the man

Andreas Vesalius (née Andries van Wesel) was born in Brussels in 1514. The son of an imperial pharmacist, he grew up in Flanders, although little is known about his early life. As an undergraduate at the University of Louvain (1529-1533), he gained the linguistic skills and humanist outlook that enabled his meteoric career. From 1533 to 1536, Vesalius studied medicine at the University of Paris, which at that time dogmatically taught the ideas of Galen. While in France, he took lessons from Jacobus Sylvius, an ardent Galenist and famous physician in his own right, who later came to oppose bitterly his student's anatomical discoveries that denied the preeminence of the ancients.

Story Continues
jvascsurg.org
What Do You Think Of That Genius?