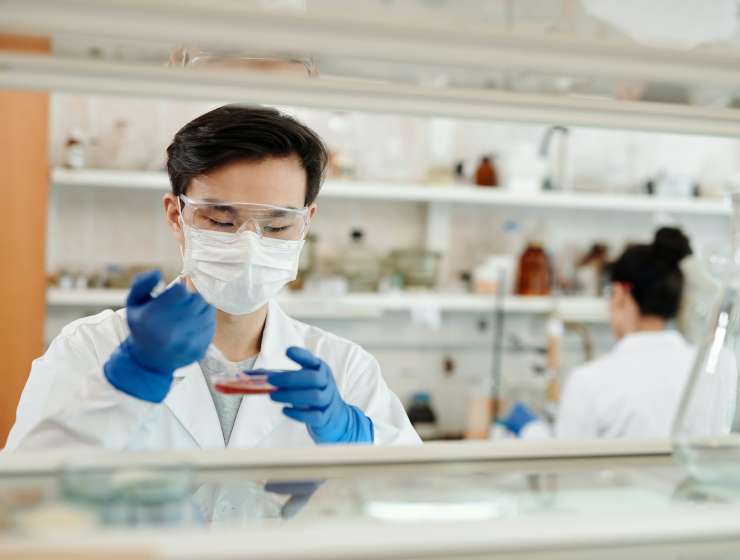 Watson and Crick are two names as inextricably linked as Watson and Holmes. Every day, schools and universities around the world are reminded of the two co-discovers of the DNA double helix. But when they both received the Nobel Prize in Physiology or Medicine in 1962, they were joined by a third name, that of Maurice Wilkins. Who was Wilkins, and what did he do to deserve such an honour?

Maurice Hugh Frederick Wilkins (15 December 1916 – 5 October 2004) had an uncomfortable role. He was the third man in the shadows, something that is reflected in the title –chosen by the publisher, not by him– of his autobiography The Third Man of the Double Helix. But most of all, it was often his turn to hear that the third Nobel Prize-winning man should have been a woman, Rosalind Franklin. And although it is true that the crystallographer died of cancer in 1958, four years before the award was granted to her colleagues, so it is also true that she was never even nominated.

Indeed, in the introduction to his book, Wilkins made it clear that his main motivation at the time of writing was precisely to respond to accusations that he, Watson, and Crick had illegitimately taken credit for Franklin’s findings and obscured her role in the story of DNA. Such accusations, Wilkins wrote, had “demonized” the trio and especially him, “the most prominent demon.”