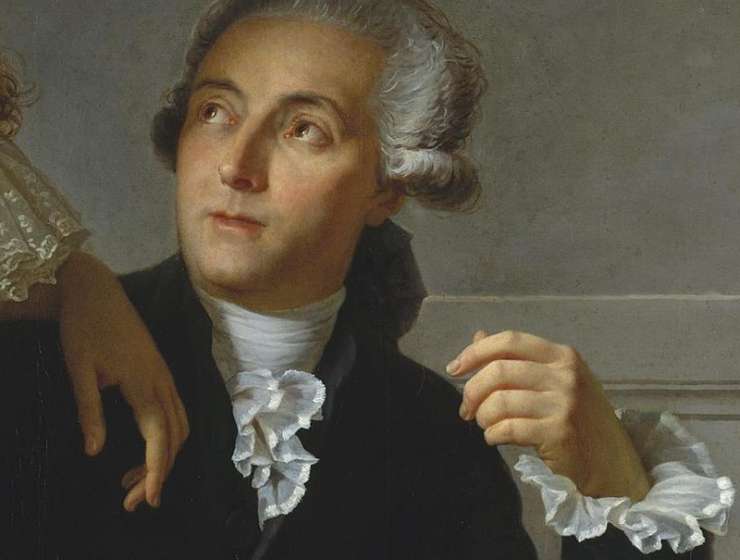 Antoine Lavoisier (1743–1794) was one of the most eminent scientists of the late 18th century. He is often referred to as the father of chemistry, in part because of his book Elementary Treatise on Chemistry. In addition he was a major figure in respiratory physiology, being the first person to recognize the true nature of oxygen, elucidating the similarities between respiration and combustion, and making the first measurements of human oxygen consumption under various conditions. Less well known are the contributions made by his wife, Marie-Anne Lavoisier. However, she was responsible for drawings of the experiments on oxygen consumption when the French revolution was imminent. These are of great interest because written descriptions are not available. Possible interpretations of the experiments are given here. In addition, her translations from English to French of papers by Priestley and others were critical in Lavoisier's demolition of the erroneous phlogiston theory. She also provided the engravings for her husband's textbook, thus documenting the extensive new equipment that he developed. In addition she undertook editorial work, for example in preparing his posthumous memoirs. The scientific collaboration of this husband-wife team is perhaps unique among the giants of respiratory physiology.

antoine-laurent lavoisier (1743–1794) enjoys a reputation as one of the most eminent scientists of the late 18th century (Fig. 1). His wife, Marie-Anne Pierrette Paulze Lavoisier (1758–1836), collaborated in many of his studies, but her contributions have received relatively little attention. Antoine Lavoisier's interests ranged over a wide area of chemistry. One of his major advances was to clarify the concept of an element as a substance that could not be further broken down by chemical analysis. His extensive classification of known elements was described in his book Traité élémentaire de chimie (Elementary Treatise on Chemistry) published in 1789. He was also responsible for recognizing the conservation of mass in chemical reactions and for proposing a nomenclature of various chemicals including acids and salts.