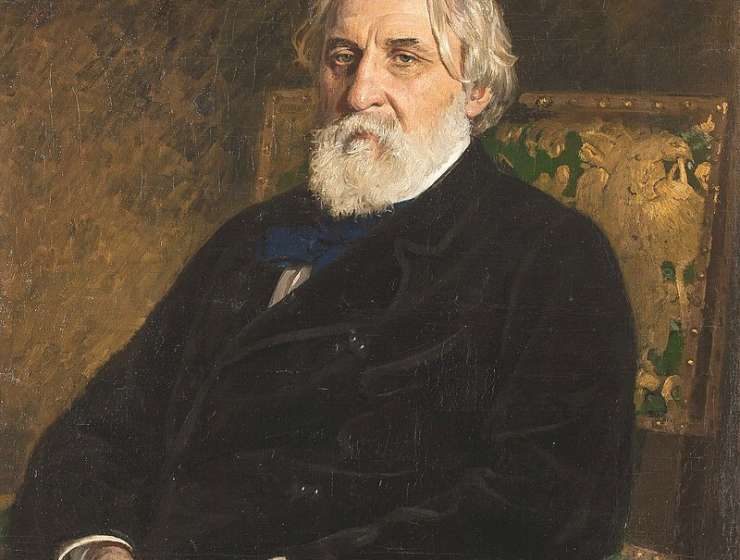 Ivan Turgenev is not as popular as he once was—at least not in the West. Gustave Flaubert considered him “a master.” “The more I study you, the more your skill leaves me gaping,” he wrote the slightly older novelist in 1863. William Dean Howells wrote in 1895 that life “showed itself to me in different colors” after reading Turgenev. “Who else but Turgenev,” Howells continued, “ever felt all the rich, sad meaning of the night air drawing in at the open window, of the fires burning in the darkness on the distant fields?”

The Russian left and right both distrusted him after the publication of Fathers and Sons (1862). The former felt the novel was too critical of young revolutionaries, and the latter that it was not critical enough. But the novel made him briefly the dean of Russian literature in the eyes of the West—until, that is, the publication of Dostoevsky’s Crime and Punishment (1866) and Tolstoy’s War and Peace (1867).

Twentieth-century critics and novelists, following Henry James, have mostly viewed him as a master of portraiture and an exquisite stylist but lacking in intellectual heft. James preferred Turgenev to both Dostoevsky and Tolstoy, but in praising the novelist for his delicacy and nuance at the expense of his ideas, he made him out to be merely an aesthete. James held that Turgenev’s portraits of Russian serfs in his first book, Sketches from a Hunter’s Album, for example, were superior to Harriet Beecher Stowe’s Uncle Tom’s Cabin precisely because Turgenev makes his case through the “cumulative testimony of a multitude of fine touches.”