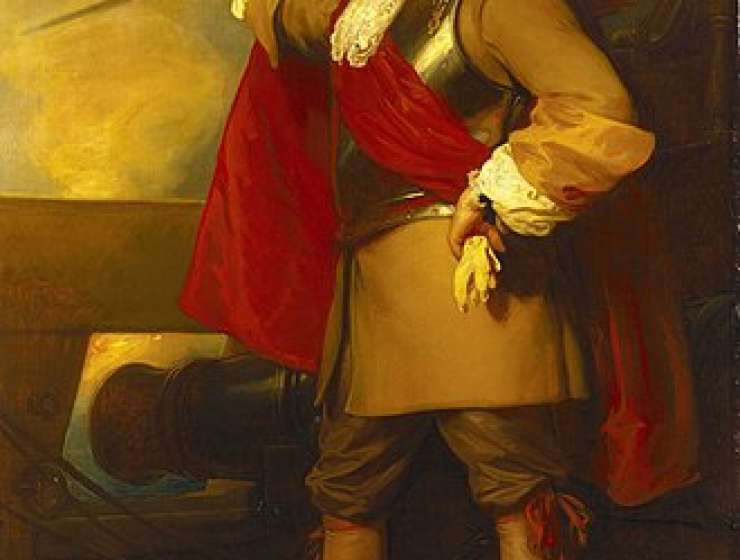 Short and thickset at 5 feet 5 inches tall, with the jowls and general demeanour of an angry bulldog, Robert Blake must have been one of the most frightening admirals ever to bestride a quarterdeck. He is often ranked with Nelson and Drake as one of the three greatest commanders in English naval history, and this despite the fact that he did no fighting at sea until he was in his forties.

A Somerset country gentleman, from a family influential in Bridgwater, Blake was a puritan and a republican member of the Short Parliament in 1640.

He fought for  Parliament in the Civil War and his successful defence of Taunton against heavy odds in 1644-45 brought him to the notice of the army leaders. In 1649 he was appointed a general-at-sea. The assumption that if you could command on land you could just as well do so at sea was dubious, but Blake learned rapidly. He beat the Dutch, bombarded the Barbary corsairs in Tunisia, blockaded the coast of Spain and in 1656 smashed the annual Spanish plate fleet. The haul of captured bullion was not quite as large as had been hoped, and some of it mysteriously disappeared on its way to be deposited in the Tower of London.