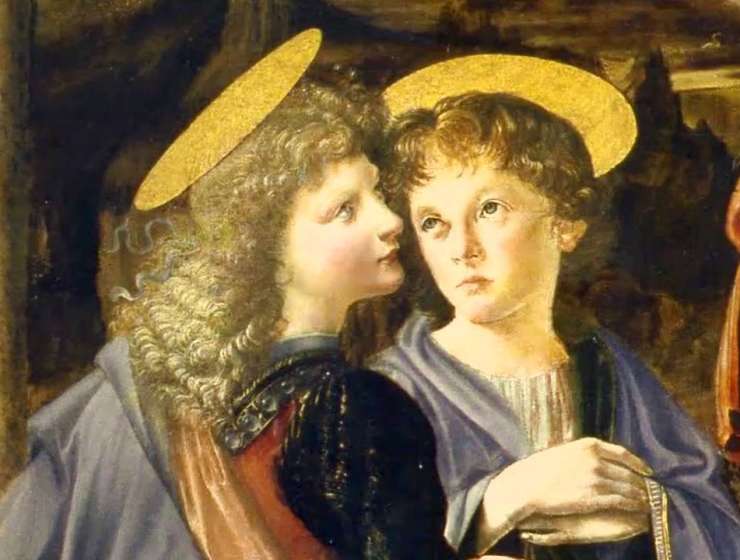 Andrea del Verrocchio was a renowned artist, sculptor, and goldsmith of the Renaissance period. He was also Leonardo da Vinci's teacher and had a significant impact on the young artist's career. In this article, we will explore the relationship and impact of Verrocchio on da Vinci.

Verrocchio was born in Florence, Italy in 1435 and was considered one of the leading artists of his time. He was a member of the prestigious Guild of St. Luke and had a successful workshop that produced a wide range of art and crafts, including sculptures, paintings, and goldsmithing.

Leonardo da Vinci was born in 1452 and became an apprentice in Verrocchio's workshop around 1466. As an apprentice, Leonardo received training in a variety of subjects, including art, sculpture, and goldsmithing. Verrocchio was known for his attention to detail and his high standards, and he expected the same from his apprentices.

Under Verrocchio's guidance, Leonardo quickly rose to prominence as a talented artist. He assisted Verrocchio on a number of projects and even contributed to some of the artist's most famous works, such as the Baptism of Christ. In this painting, Leonardo painted the angel on the left side of the painting, and it is said that his work was so impressive that Verrocchio decided to stop painting altogether.

Verrocchio's influence on Leonardo can also be seen in Leonardo's style and approach to art. Verrocchio was known for his naturalistic style, and he encouraged his apprentices to observe the world around them and to draw from life. This approach is evident in Leonardo's works, which are known for their attention to detail and realism.

Overall, Verrocchio played a crucial role in Leonardo's development as an artist. He provided him with a solid foundation in the arts and encouraged him to observe and draw from life. His influence can be seen in Leonardo's style and approach to art, and he played a significant role in shaping Leonardo's career.

In conclusion, Andrea del Verrocchio was a significant influence on Leonardo da Vinci's career as an artist. He provided Leonardo with a solid foundation in the arts and encouraged him to observe and draw from life. His influence can be seen in Leonardo's style and approach to art, and he played a crucial role in shaping Leonardo's career.