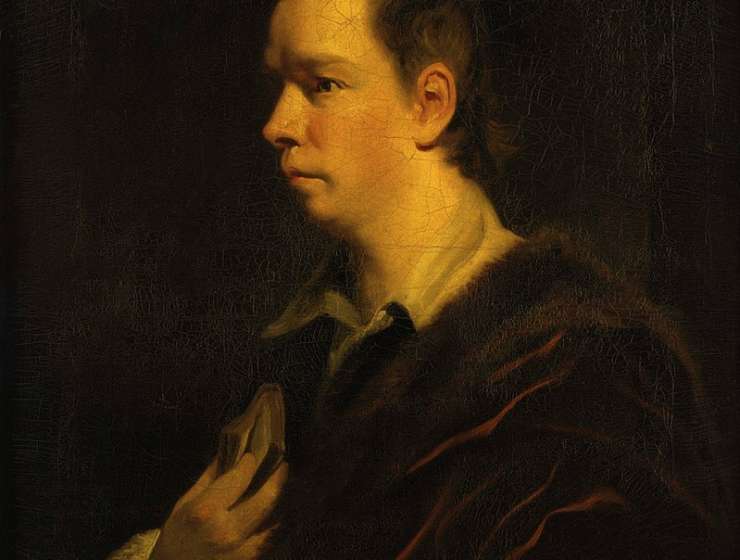 By the front gate of Trinity College Dublin, pedestrians stroll past two bronze statues. On the left, as you face the entrance, stands Edmund Burke. On the right stands Burke’s friend and Trinity contemporary, Oliver Goldsmith. The contrasting depictions of the two men are suggestive: whereas Burke’s imperious gaze sweeps across College Green, Goldsmith, with a pen poised in his right hand, casts his gaze diffidently down at the book he is reading. Burke’s luxuriant curls show up Goldsmith’s balding pate, and his insouciant swagger is signalled by the nonchalant hand on his hip, chest puffed out, while Goldsmith leans deferentially backwards.

With admirable prescience, John Henry Foley’s 19th-century statues anticipated the relative fortunes of Burke and Goldsmith within the field of Irish studies and indeed 18th-century studies more widely. Burke is held up as one of the great statesmen of British parliamentary history and often nodded to as the finest writer of political prose in the English language; journal articles, biographies and critical editions of his speeches and letters have flourished in recent decades and his legacy is debated across the fields of political philosophy, history and literary studies.